Mark Jacobson, fractivist oracle and author of bizarre plan to power New York and rest of US with renewables only, gets trashed in new scientific evaluation.

Back in January, 2016, I wrote a post about fractivist Mark Jacobson, the author of a wacky plan to power New York (later expanded to include the rest of the US). I offered the following:

New Yorkers have already heard a lot about Jacobson’s plan, which is the foundation for something called The Solutions Project; a scheme to convince the public the world can go 100% renewable energy in relatively short time. He sits on the Board of Directors, along with Josh Fox, the Little Green Bully Mark Ruffalo and Van Jones, the disgraced 9-11 truther. It is funded by the Park Foundation (who else?), the Wallace Global Fund and the Elon Musk Foundation, among others. Jacobson is also part of Tony Infraffea’s Park Foundation funded PSE Healthy Energy group of fractivist junk scientists.

Jacobson’s big idea first got traction in New York, in fact, when Tony’s gang (including Bob Howarth, art economist Jannette Barth, Stan Scobie, Jacobson and himself) published a journal article entitled “Examining the feasibility of converting New York State’s all-purpose energy infrastructure to one using wind, water, and sunlight.” The whole thing is ridiculous if anyone has, like me, had experience trying to get wind farms approved in upstate second-home communities largely occupied by Manhattanites, but that’s another story.

I was far from the only one to question the Jacobson renewables plan. Many did so, in fact, and now a thorough takedown of the plan has been produced by a team of 21 scientists from a wide array of respected institutions ranging from NASA to Columbia University to the Brookings Institution. They found “significant shortcomings in the analysis. They say it employed “invalid modeling tools, contained modeling errors, and made implausible and inadequately supported assumptions.” 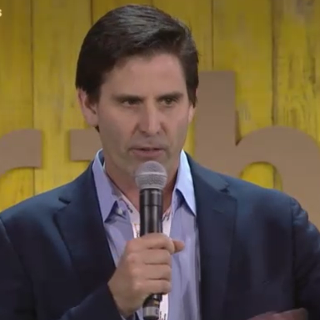 Many previous studies of deep decarbonization of electric power illustrate that much can be done with wind and solar power but that it is extremely difficult to achieve complete decarbonization of the energy system, even when using every current technology and tool available, including energy efficiency and wind, hydroelectric, and solar energy as well as carbon capture and storage, bioenergy, and nuclear energy. In contrast, the [Jacobson renewables plan] asserts that it is cost-effective to fully decarbonize the US energy system primarily using just three inherently variable generating technologies: solar PV, solar CSP, and wind, to supply more than 95% of total energy in the proposal presented in the [Jacobson renewables plan]. Such an extraordinarily constrained conclusion demands a standard of proof that the [Jacobson renewables plan] does not meet.

The scenarios of the [Jacobson renewables plan] can, at best, be described as a poorly executed exploration of an interesting hypothesis. The study’s numerous shortcomings and errors render it unreliable as a guide about the likely cost, technical reliability, or feasibility of a 100% wind, solar, and hydroelectric power system. It is one thing to explore the potential use of technologies in a clearly caveated hypothetical analysis; it is quite another to claim that a model using these technologies at an unprecedented scale conclusively shows the feasibility and reliability of the modeled energy system implemented by midcentury.

From the information given by the [Jacobson renewables plan], it is clear that both hydroelectric power and flexible load have been modeled in erroneous ways and that these errors alone invalidate the study and its results. The study of 100% wind, solar, and hydroelectric power systems extrapolates from a few small-scale installations of relatively immature energy storage technologies to assume ubiquitous adoption of high-temperature PCMs for storage at concentrating solar power plants; UTES for heating, cooling, and refrigeration for almost every building in the United States; and widespread use of hydrogen to fuel airplanes, rail, shipping, and most energy-intensive industrial processes. For the critical variable characteristics of wind and solar resources, the study in the [Jacobson renewables plan] relies on a climate model that has not been independently scrutinized.

The authors of the [Jacobson renewables plan] claim to have shown that their proposed system would be low cost and that there are no economic barriers to the implementation of their vision. However, the modeling errors described above, the speculative nature of the terawatt-scale storage technologies envisioned, the theoretical nature of the solutions proposed to handle critical stability aspects of the system, and a number of unsupported assumptions, including a cost of capital that is one-third to one-half lower than that used in practice in the real world, undermine that claim. Their LOADMATCH model does not consider aspects of transmission power flow, operating reserves, or frequency regulation that would typically be represented in a grid model aimed at assessing reliability. Furthermore, as detailed above… a large number of costs and barriers have not been considered in the [Jacobson renewables plan].

Many researchers have been examining energy system transitions for a long time. Previous detailed studies have generally found that energy system transitions are extremely difficult and that a broad portfolio of technological options eases that transition. If one reaches a new conclusion by not addressing factors considered by others, making a large set of unsupported assumptions, using simpler models that do not consider important features, and then performing an analysis that contains critical mistakes, the anomalous conclusion cannot be heralded as a new discovery. The conclusions reached by the study contained in the [Jacobson renewables plan] about the performance and cost of a system of “100% penetration of intermittent wind, water and solar for all purposes” are not supported by adequate and realistic analysis and do not provide a reliable guide to whether and at what cost such a transition might be achieved. In contrast, the weight of the evidence suggests that a broad portfolio of energy options will help facilitate an affordable transition to a near-zero emission energy system.

There’s not much to add other than the fact Jacobson is furiously trying to distract from the obvious import of this takedown by claiming the study is funded and/or associated with money from a rogues gallery of renewables enemies, despite the impressive list of researchers from universities (including Jacobson’s own Stanford), and entities such as the National Science Foundation. I couldn’t help but notice, though, at least one of the researchers had received funding from the Doris Duke Charitable Foundation, which happens to be a Josh Fox funder. This was no stacked deck, but Mark Jacobson’s deck – the one he used to build his house of cards – just collapsed in a heap. As for Mark Ruffalo; well, the little guy still believes… 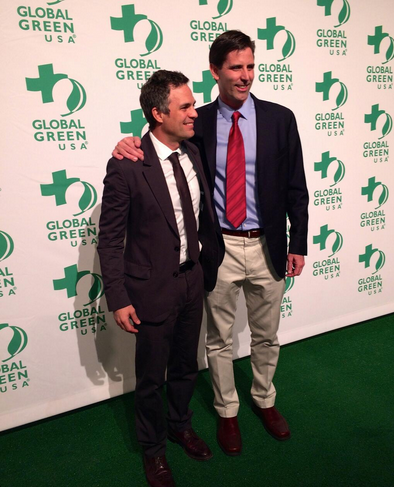