A recent study regarding hydraulic fracturing suggests an awful lot of people simply don’t know a lot about it and most fractivists would like to keep it that way, trusting the mystery of it all to create doubt.

A study just published in the Energy Policy journal indicates the following regarding hydraulic fracturing:

The data on which these findings is based is from a survey conducted in September, 2012. Some recent polls suggest the more people know about about hydraulic fracturing, the more they approve of it, especially as the benefits continue to spread. Nonetheless, the need for continued education is clear, if for no other reason than to correct the mis-information coming from well-funded special interests opposed to development of any kind. They cannot be allowed to use the supposed mystery of hydraulic fracturing to cast doubt on what is a safe, simple and sustainable technology.

The truth is this; there is no mystery to the hydraulic fracturing process.  It has been explained numerous times, in numerous ways and in numerous places. There is no lack of explanatory materials and here are five of the best resources: 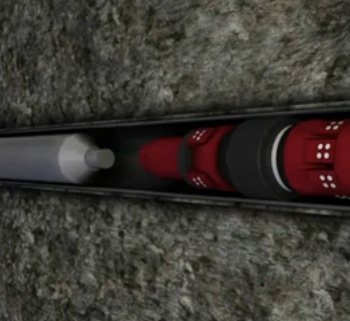 Energy In Depth’s “Just the Facts” page is a concise but through explanation of hydraulic fracturing in lay language. It answers many of the most common questions and disposes of the principal myths surrounding the process. Everything is sourced, with links to numerous documents, videos and other sources of information; including EPA, the Ground Water Protection Council and numerous state regulatory agencies. Every serious issue connected with hydraulic fracturing is addressed and the page is constantly updated. 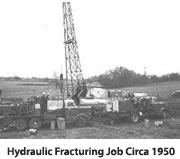 This 80 page academic report is published on the FracFocus website and provides a detailed comprehensive explanation of the hydraulic fracturing process used for both shale oil and gas wells today. It is addresses, in a very honest and forthright fashion, not only what’s involved with hydraulic fracturing, but also related processes. The material is laid out to answer all the key questions but isn’t necessarily designed for popular consumption or easy reading. It is, nonetheless, a superb reference and addresses how risk assessment should play into decision-making, although it often gets ignored. The FracFocus site includes much more as well, including its own explanations of the process, its disclosure registry and a history of the process (see circa 1950 photo of hydraulic fracturing job to right). 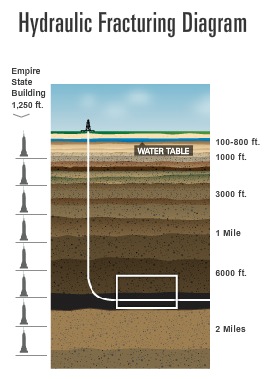 This is an easy to follow and understand website that includes a history of hydraulic fracturing, an Interactive Fracturing 101 slideshow and links to other pages and site regarding disclosure, new green fluids and much more. This is a great place to start to learn what HF is all about.  The slide show takes the viewer through the entire development process, using a combination of simple graphics and pop-up explanations.  It allows viewers to understand how HF is separate and distinct from drilling and completion, yet related and integral to extracting the gas. 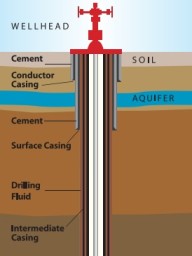 The American Petroleum Institute (API) also maintains a hydraulic fracturing page that includes access to numerous publications, standards, explanatory materials and descriptions of industry best management practices. It also addresses some of the issues that have arisen from false start studies (e.g., the flawed EPA investigation of the Pavillion, Wyoming case – later dropped due to numerous problems with the way it was handled). There’s virtually no questions on hydraulic fracturing that cannot be answered using the API site as a resource.

There are several other good sites offering additional background the hydraulic fracturing process. These include:

So, there is no lack of educational information, only a need to get it out there!