Fractivists love to talk about the amount of water used in fracking, ignoring the fact combustion of gas produces water and emphasizing the “millions,” but how much is a million gallons of water, really?

Kindergarten and first grade teachers typically mark the 100th day of the school year with special activities to bring home the concept of “one hundred” to their students.  Fourth grade teachers are entrusted with the curriculum that tries to help students grasp the concept of “one million.”  One million seems like a huge and hard number to grasp, not only for nine and ten year olds, but apparently for Fractivists, too.

With so much hoopla from the Fractivists over a million gallons of water being used in hydraulic fracturing, it appears the anti gassers don’t have a clear concept of what one million gallons is, or they seem to think that the use of that much water is limited to fracking. So, I looked up some statistics to share, which, hopefully, will bring some clarity to this muddy water.

First, to make a mental picture of what a million gallons looks like, picture what would be held by a 51 foot cube and then read these interesting facts.

According to EPA’s Water Trivia Facts:

About 400 billion gallons of water are used in the United States per day.  Keep in mind that a billion, here in the States, is a thousand million.

Nearly one-half of the water used by Americans is used for thermoelectric power generation.  So, if you are really concerned about water usage, stop using electricity!

It takes 660,000 gallons to fill an Olympic-sized swimming pool.  Those of you with backyard pools could stop filling them.  Plus, think of all of those chemicals in your backyard. 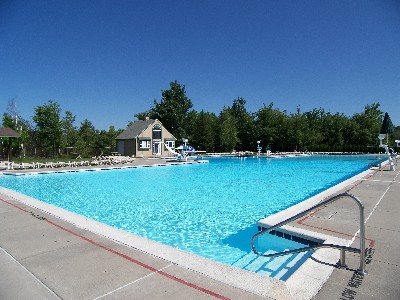 The New York City water supply system leaks 36 million gallons per day.   Hmmm!  I wonder what is Mario doing to remedy that?

It takes 39,090 gallons of water to manufacture a new car.  Those anti fossil fuel folks really need to stop driving.

According to Ecotech Water Trivia Facts, it takes 300 million gallons of water to produce a single day’s supply of U.S. newsprint.

Don’t get me wrong.  I’m not in favor of wasting water or polluting water. I just think a little perspective is needed.

25 thoughts on “How Much Is A Million Gallons of Water?”