Much of the controversy surrounding natural gas development is the grossly misunderstood belief that hydraulic fracturing is exempt from all federal regulations, especially the Safe Drinking Water Act, because of the “Halliburton Loophole.” This, like much of the anti-natural gas gobbledygook, is completely false.

Hydraulic fracturing is 60+ year old stimulation technique used to increase production from oil, gas and even water wells. The technique has been implemented an estimated two million times across the United States and is a key component to developing almost every oil and natural gas basin throughout the world. Without hydraulic fracturing much of the world’s energy would remain trapped or non-recoverable, making common things like gasoline, refillable propane BBQ tanks, cigarette lighters and plastics a rare, expensive luxury. 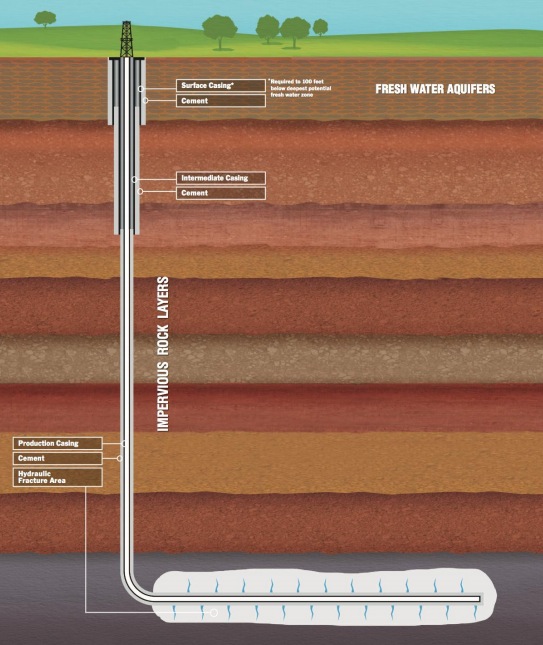 Let’s analyze the supposed loophole and clarify exactly what it is.

For much of the 20th century, domestic oil & gas development was regulated at the state level. This ensured each state could pass regulations it deemed appropriate to protecting the environment while bolstering oil and gas production. During this time period, as evident by the impressive record of enforcement, states proved more than capable of regulating. However, these facts have not stopped some from calling on the federal government, particularly the Environmental Protection Agency (EPA) to also regulate the oil and gas industry, citing the Safe Drinking Water Act as a source of authority.

Established in 1974 to protect public health by regulating the nation’s public drinking water supply, the Safe Drinking Water Act never, not even once, had anything to do with natural gas development or, specifically, hydraulic fracturing. This was in large part because development takes place thousands of feet underground and, more importantly, is already subjected to stringent regulation at the state level.

Nonetheless, the language of the Safe Drinking Water Act did not explicitly state whether or not its authors intended to federally regulate this aspect of oil and gas development. That is why, in 2005, a bipartisan majority of Congress passed an amendment to to clarify matters by simply affirming existing policy that gave the states, the primary regulators of oil and gas development for more than six decades, authority to continue to regulate hydraulic fracturing. While it is often popularly referred to by critics as the “Halliburton Loophole,” this legislation is anything but. Instead, it simply assigns the responsibility, by default, to the states where it has always been.

So, if the exemption removes oil and gas development from the jurisdiction of Safe Drinking Water Act, is the industry completely exempt from federal regulation? The short answer is absolutely not! Development and production of natural gas in Pennsylvania can require upwards of 50+ different permits from state and federal agencies.

For instance, during the construction of the well and hydraulic fracturing process, oil and gas development is subjected to the Clean Water Act (CWA) and oversight of the Occupational Safety and Health Administration (OSHA). During flow back phase and production phases, oil and gas development is subject to Superfund regulations, the Community “Right to Know” Act and Safe Drinking Water Act if the operator disposes of fluids in an underground injection well. A graphical representation of these federal statues can be found here.

Oh, one more thing; even Tony Ingraffea agrees the “Halliburton Loophole” is a myth. Check it out below in a clip from a presentation Tony gave at Nanticoke in 2010:

8 thoughts on “The “Halliburton Loophole” That Isn’t”