Billionaires such as Warren Buffett are using secretive foundations to finance anti-pipeline protests (with help from Vladimir Putin?) and get even richer.

But Sierra Club, 350.org and other radicals want to keep America’s oil and natural gas bounties in the ground. They block leasing, drilling and fracking. They block pipelines that transport oil and gas to refineries, power plants, factories and homes. And the more their “dangerous manmade climate change” mantras fall on deaf ears, the more absurd their anti-energy campaigns are getting. 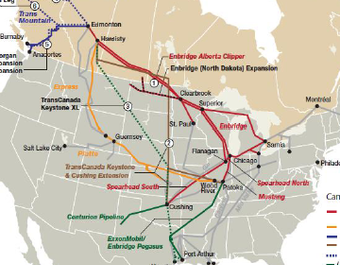 As with Keystone, the protesters say they’re just concerned student, hiker and Native American grassroots activists: average citizens who just care about their environment. The facts do not support their claims.

They are, in reality, being bankrolled by billionaires, fat-cat foundations and foreign oil interests.

It’s true that several small groups are involved in the anti-Sandpiper protests. However, the campaign is coordinated by Honor the Earth, a Native American group that is actually a Tides Foundation “project,” with the Tides Center as its “fiscal sponsor.” They’ve contributed $700,000 and extensive in-kind aid. Out-of-state donors provide 99% of Honor’s funding.

The Indigenous Environmental Network also funds Honor the Earth. Minnesota corporate records show no incorporation entry for the Network, and 95% of its money comes from outside Minnesota. Tides gave IEN $670,000 to oppose pipelines.

Indeed, $25 billion in left-wing foundation investment portfolios support the anti-Sandpiper effort. Vastly more backing makes the $13-billion-per-year U.S. environmentalist movement a power to be reckoned with, Arnold and I document in our book, Cracking Big Green.

These tax-exempt foundations do not simply give money to pressure groups. They serve as puppeteers, telling protesters what campaigns to conduct, what tactics to use. Meanwhile, donors enjoy deductions for “charitable giving” to “education, conservation and other social change” programs.

Morningstar calls the San Francisco-based Tides operation “a priceless, magical, money funneling machine of epic proportions.” It enables über-rich donors to distribute funds to specific organizations and campaigns of their choice, without disclosing their identities. 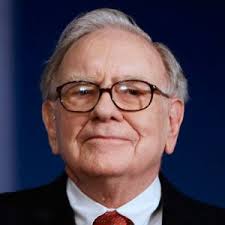 Even more interesting, among Tides’ biggest donors is Obama friend and advisor Warren Buffett. Beginning in 2004, Buffett funneled $30.5 million through his family’s NoVo Foundation to Tides. The cash ultimately went to selected pressure groups that led campaigns against Keystone, Sandpiper and other projects, Morningstar and Arnold found.

When Keystone XL et al. were blocked, more oil was shipped by rail – much of it via Buffett companies. In fact, oil-by-rail skyrocketed from 9,500 carloads in 2009 to 450,000 carloads in 2014. Mr. Buffett’s “investment” in anti-pipeline activism garnered billions in rail revenues.

The anti-pipeline campaigns blocked thousands of jobs and increased risks of tank car derailments, like the Lac Megantic, Quebec spill that destroyed much of the town and incinerated 47 people.

That may help explain why Mr. Buffett recently criticized President Obama’s veto of Keystone XL legislation. He now says the pipeline would be good for both Canada and the United States, and it is a mistake to jeopardize trade relationships with our northern neighbor.

But, the campaigns rage on. Mr. Buffett helped unleash a beast he cannot control. The campaigns are not grassroots, or even Astroturf. Their “green” tint is the color of unfathomable behind-the-scenes wealth.

The clandestine Buffett-Berkshire-NoVo-Putin-Tides-activist-railroad arrangement reflects “a devious strategy on the part of both benefactor and recipient,” Morningstar concludes. “At minimum, it demonstrates an almost criminal conflict of interest.” Legislative investigations are needed, especially since the Justice Department is hardly likely to look into what its key allies are doing.

Meanwhile, pro-Sandpiper students from the Collegians For A Constructive Tomorrow presented these inconvenient financial truths to pipeline protesters at a recent University of Minnesota rally. “Buffet’s Puppets,” the CFACT students called the protesters.

How did the Buffett-Tides-Putin allies react, when they learned they are being used by billionaires? They dug in their ideological heels and shouted insults.

One red-faced protester walked away. Others intensified their chants or shouted racially tinged epithets at the multi-ethnic CFACT students. None wanted to discuss funding issues, America’s need for oil and jobs, or how best to transport fuels safely.

This is what passes for “environmental studies,” “robust debate,” “higher education” and compassion for blue-collar families on campuses and picket lines today. No wonder “environmentalism” has become such a pathetic political philosophy.

Paul Driessen is senior policy analyst for the Committee For A Constructive Tomorrow and coauthor of Cracking Big Green: Saving the world from the Save-the-Earth money machine.

3 thoughts on “The Warren Buffett War on US Pipelines”