The tragic shooting last Wednesday of House Republican Whip Steve Scalise brought into sharp focus the shrill, brain-damaged discourse of our current politics.  We discuss less shout, usually past each other, and often using words meant less to educate and persuade than to dismiss.  Those of us in the energy field see this every day.  It’s almost impossible to have a reasoned discussion about the issues without degenerating into name-calling.  So, let’s start changing that dynamic right here and now, and attempt to convince instead of insult. 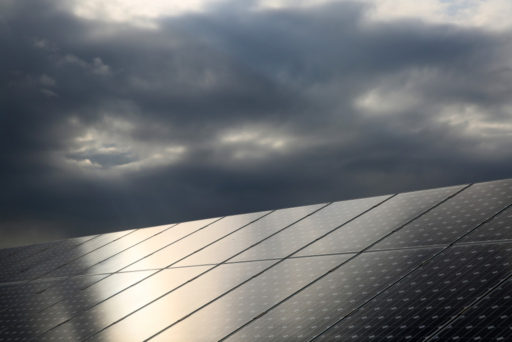 For starters, I’ll give an example of how the energy debate starts with facts then devolves into unproven generalities and innuendo with this Ithaca Times story from June 9.

In many ways the story by Nick Reynolds is quite good and accurate.  The amount of power produced by “renewable” sources is growing, and hit 10% of the first time last month.  New York is moving aggressively in the “renewable” area.  In fact, most if not all Mr. Reynold’s statements in the piece are accurate.  However, if you look closely you’ll see how the author either glances over or gives the benefit of the doubt to issues concerning “renewables”.  Here are three, with my highlighting:

“aging dirty energy infrastructure, the slew of subsidies available from the state and the potential for growth have made New York a prime target for investment, even in the uncertain environment of cloudy upstate New York, where solar panels are up to 40 percent less effective – and far less predictable in regards to output and revenue – than in a state like Nevada or California.”

“with limited room to rely on renewables such as wind and solar – especially in the unpredictable weather of upstate New York – more hydroelectric and nuclear power may need to be relied on to take on the baseload of the state’s energy demand as renewable energy sources seek to be the replacement for coal and natural gas.”

“Largely, solar and wind investments have largely had to rely primarily on credits from the state and federal government. And, because of uncertainties in the weather and an inability to store energy, solar and wind facilities have little guarantee of any sort of consistency in predicting rates…”

OK then, what exactly is being proposed?  More dams for hydro?  More nuclear?  Having gone to High School 40 miles up the road from Ithaca, I’m very familiar with Central New York winters.  It will come as no surprise that solar panels are far less effective in Central New York than in the Mojave Desert.  But Mr. Reynolds fails to ask the next question, which is the crux of the whole issue.  If the weather is cloudy, snowy and cold (which often it is), and if you can’t store the energy produced previously from solar and wind, what exactly are the “environmentalists” advocating? 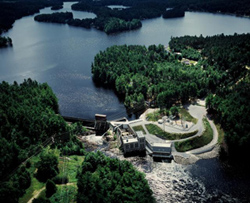 Higley hydroelectric station in New York. Floods 742 acres. Produces 6.2 MW of electricity (enough for 5,400 homes). Using hydro to power all New York homes would take roughly 1 million acres of impoundments like this one, to say nothing of commercial power needs or the need of land for other uses.

Put simply, to have a legitimate debate and discussion on energy issues, you can’t wish away your problems.  Just as the shale industry can’t assume away issues regarding wastewater and well construction, the “environmentalists” can’t assume we possess the technology for solar and wind to provide us with the energy we need when and where we need it. It does not yet exist.  Solar and wind are great technology but currently have their limits.  Natural gas is great technology and currently has its issues.  Let’s discuss the options on a true and not fanciful basis.

First, on April 18 I wrote that  New York Governor Andrew Cuomo, by denying Section 401 Clean Streams Permits to the Northern Access Pipeline after taking the same stance regarding the Constitution Pipeline, is issuing a direct challenge to the centrality of FERC’s control over pipeline siting.

Sensing an opening, on June 9 a collection of “environmental” groups such as The Sierra Club, the West Virginia Rivers Coalition and the Indian Creek Watershed Association sued the West Virginia Department of Environmental Protection for issuing a Section 401 Permit for the Mountain Valley Pipeline Project.  It appears now that these groups will use the 401 process to try to delay and ultimately deny the pipeline infrastructure buildout.  Once again we will go to the Courts for clarity on what process actually exists regarding pipeline construction.  Imagine the waste of time and money.

Second, the Pennsylvania Commonwealth Court ruled in Delaware Riverkeeper Network v. Middlesex Township Zoning Hearing Board  that some of these same ”environmental groups” did not have the right to challenge a local zoning board’s decision to allow oil and gas permits in Residential-Agricultural area.  This line of cases limits the Robinson decision but really is common sense.

Having based much of that decision on the idea that the State could not usurp the locality’s right to make its own zoning rules, there was a  certain amount of gall in the Riverkeeper’s argument that this locality should not have the right to make local zoning decisions as it reached conclusions that differed from the “environmental” movement position.

Third and finally, Greece, Israel and Cyprus announced on Friday that they would speed up plans for the development of the Leviathan and Tamar fields in the Mediterranean.  Included would be a pipeline project due in 2025 that would carry natural gas from Israel to Europe.  The plan would link Israel to Cyprus, Greece and possibly Italy at a cost of $6.7B.  Ironically, Greek Prime Minister Alexis Tsipras announced the project at a news conference in the port city of Thessaloniki.

Students of history will know that prior to World War II, Thessaloniki was known as Salonika and was run almost entirely by Greek Jews.  They kept the port closed during Saturday, the Jewish Sabbath.  Most of that community was murdered in the Holocaust.  Now, 75 years later, Israel may be breaking economic and energy barriers by importing gas to the same port where so many Greek Jews were killed during the War.  How life comes full circle.

16 thoughts on “What Exactly Are “Environmentalists” Advocating?”