Mark Ruffalo may well take top honors as America’s shallowest celebrity, if his participation in a recent Catskill Mountainkeeper video is any indication.

A reader of my recent post on the subject the Catskill Mountainkeeper’s mountain of hypocrisy noticed the actor Mark Ruffalo appears in a video I shared in that post. He observed Ruffalo was riding an old Wheel Horse lawn tractor powered by fossil fuels in the video, something that deserve yet another award for hypocrisy except that Ruffalo, to be fair, was trying to make a point by contrasting the tractor with his solar panels. Unfortunately for him, though, the comparison was a patently false one and Ruffalo only demonstrated his ignorance, suggesting he should get an award, not for hypocrisy, but perhaps be America’s shallowest celebrity (assuming Miley Cyrus isn’t in the competition).

Here is the Mark Ruffalo video clip that our reader’s attention:

The phoniness of the whole thing, with Ruffalo hauling around Betta Broad in a wagon behind his Wheel Horse and the other interviews, is a huge turnoff for anyone familiar with the facts and the backgrounds on the other individuals to who Broad talked. I’d like to focus on but two things, though; Ruffalo’s claim solar and wind are not less expensive in some countries than fossil fuels and his other claim that his solar panels represent the future and will deliver him free energy someday.

Is the man really that gullible? Well, of course he is. If Art Linkletter were still around he’d be doing a program called “Celebrities Say the Dumbest Things” and Mark Ruffalo would be the guest for the pilot episode. 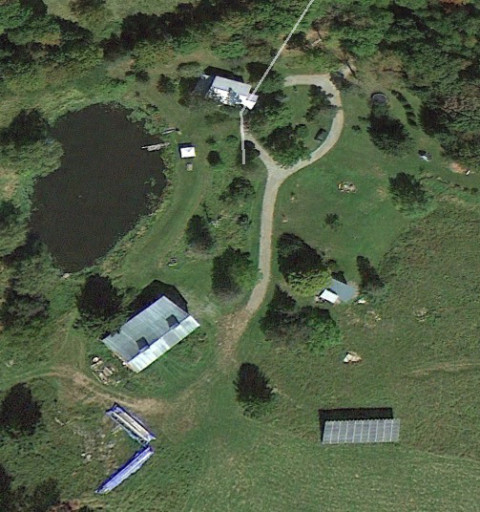 Why do I say that? Well, let’s start with that solar system in Mark Ruffalo’s country backyard (pictured above). It wasn’t free. Here, in fact are the details from a fawning story in Ecorazzi (emphasis added):

Ruffalo’s installation comes thanks to Sungevity, which recently has started servicing customers in New York State (but still, sadly, not in my hometown of Ithaca, NY – C’mon!). The “Avengers” star said that his total out-of-pocket expenses for the $40K system were just over $9K – and prove that solar energy is starting to reach an affordable level for consumers.

“This system did not involve huge upfront costs,” he says. “The great thing about the system is that it can be leased with no upfront money. Most middle class families can get this system without shelling out a huge amount of cash. In the past, solar was prohibitive because it cost a large sum of money to put it up. With leasing, they take your monthly fee out of the energy you are saving every month by producing your own energy. I will be saving more than $1,200 a year with this system.”

“The reason I got this system was because I didn’t want to shell out $40,000 right off the top,” he added. “I wanted to show to people what was possible.”

Mark Ruffalo, of course, would have us believe the benefits he received were all in the ability to lease the system and that it was his altruism that led him to do the project this way rather than buy the system outright (he’s worth a reported $20 million according to Celebrity New Worth) but the facts (assembled some time ago by Joe Massaro in this Energy In Depth piece suggest otherwise. Here’s the rub:

A review of the incentives in New York suggest he was eligible for as much as a $5,000 tax incentive from the state and a $4,500 tax credit from the feds on top of his $10,000 rebate.  Ruffalo then gets $1,200 per year back on his $9,000 investment.  That’s a 13.3% return.  Meanwhile, local residents desperate for natural gas development to save their farms have to endure Ruffalo’s attempts to cut the legs from beneath them so he can say he “walks the walk and talks the talk.”

Joe might have added those farmers and other ratepayers and taxpayers who don’t get to play a big green hulk for big green bucks have to pay for his subsidies. No, solar energy is far from free. It just relies upon other people’s money and there isn’t enough of that to solarize the whole world or even a small part of it.

LIkewise, Ruffalo doesn’t tell us who those five countries are but we can guess one of them might have been Australia, whose renewable wind energy program was, a little over two years touted by Climate Progress as one of those places. The headline from February 10, 2013 is “In Australia, Wind Power Is Already Cheaper Than Fossil Fuels, And Solar Is Right Behind.” Here’s a sampling from the article:

According to the latest research from Bloomberg New Energy Finance, electricity from wind power can now be supplied more cheaply in Australia than power from either coal or natural gas — and solar and other forms of renewable energy aren’t far behind.

Older coal-fired power plants from the 70s and 80s still compete at lower prices than renewables — but only because their construction costs have depreciated. For the deployment of any new power generation in Australia, renewables now appear to be the way to go.

Australia currently charges polluters $23 in Australian dollars per metric ton of carbon they emit, but the study concluded that wind power would still undercut fossil fuels even without that correction of the market’s failure to properly build in the costs of carbon pollution…

Notice that the authors don’t label the $23 per metric of carbon charge as a subsidy; rather, they call it a correction and got to great lengths it wouldn’t matter – but, of course, it does. Now, fast forward to today and another article in Watts Up With That, which quickly gets to the point. It’s about the Australian government dialing down its renewables subsidies and a move by their Prime Minister, Tony Abbott, who has ordered the government Clean Energy Corporation not to subsidize any new wind farm projects. 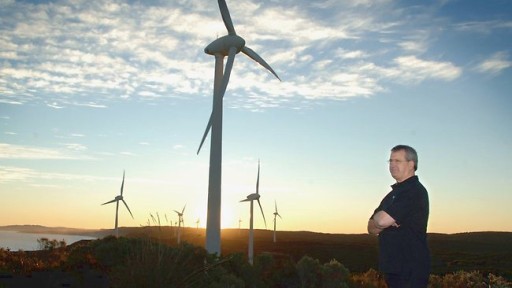 Predictably, all the renewables industry insiders, green groups and media types are going apoplectic about what this would mean for renewables, Australia’s promise…blah, blah, blah. But, as the author of the piece notes, the wind folks have been saying for years that they can compete. He poignantly observes the following:

The wind industry has regularly claimed for years that their technology is close to cost parity with coal. So I expect the withdrawal of government subsidies for wind turbines will have no impact on future wind projects.

I’d say they might better go to gas than coal, but the point remains; if what Mark Ruffalo and that article from two years ago said is really true, than what’s the problem? Get the government out of it and let the flowers bloom, right? The truth is that renewables can only  make it with subsidies of money by the government and subsidies of energy in the form of reliable suppliers such as gas when the wind doesn’t blow and the sun doesn’t shine.

Don’t expect Mark Ruffalo to get it, though. He’s on an ego trip from winning the America’s Shallowest Celebrity award.