Illinois landowners have filed a lawsuit to reclaim their mineral rights from a state that’s more interested in appeasing ideologues and keeps delaying fracking regulations.

Having spent a good part of my life writing land use regulations, I’ve witnessed an evolution in attitude toward regulation in general. It’s particularly evident in land use regulations where “not in my back yard” or NIMBY positioning has replaced all reason. Regulation once regarded as the judicious exercise of police power to protect the public without infringing on property rights any more than absolutely necessary, has become a political bludgeon ideologues and neighbors use to stop others from doing what they merely dislike.

The problem has spread to state and federal regulations as well, as laws and regulations have been turned into blunderbusses with which to shoot down anything resembling progress by those who would prefer things stay as they are. It’s now taking an even worse turn as “moratoriums” and refusals to regulate have been adopted as the weapons of choice by ideologues intent upon stopping that of which they don’t approve.

The public interest in health and safety is a mere bystander today, but there is hope because some landowners are fighting back, including some from Wayne County, Illinois who are suing their state for failure to do its duty and adopt regulations that will allow them to harvest their natural gas. It’s a refreshing backlash for landowner rights.

Wayne County, Illinois is in the southern part of the “Land of Lincoln” in the part of the state known that lies midway between St. Louis, Missouri and Louisville, Kentucky. It is an area underlain by the New Albany Shale formation (part of the Illinois Basin), which is believed to have major quantities of shale oil and gas and companies have been leasing land there from Illinois landowners in anticipation of the state finally adopting its regulations to permit it hydraulic fracturing on the scale required. It has been done in the state since 1950 or so but the addition of horizontal drilling to the mix has led the state to believe it needs new regulations.

While those regulations have seemed very close in the last couple of years they still haven’t happened. Wayne County, Illinois landowners are to quote the famous movie “mad as hell and aren’t going to take it anymore. They’ve sued the State of Illinois to reclaim their mineral rights.

Why are they angry? The same reason Upstate New York, New Brunswick and my own Wayne County, Pennsylvania neighbors are angry; they’re rural, their economies are in the tank and the politicians who govern them from afar couldn’t care less because they have neither the bullhorn nor the votes of the urban fractivists who would deny them their rights for the sake of ideology. They do have the ability to sue, though, to get attention and they’re doing it. A lawsuit was filed in Wayne County, Illinois court last week by Attorney Rod Taylor of Indianapolis who grew up in Southern Illinois, on behalf of several landowners. You can read it here. Taylor has crafted an elegantly simple case against the state, easily understood by the layman and well worth reading. It articulates the reasons for the lawsuit, among them being the following:

Fracking has been utilized in the illinois Basin (the “Basin”) since the 1950’s without any safety, environmental or economic issues and horizontal drilling has been used in the Basin for at least the last decade, with the same success.

Horizontal drilling and fracking have been safely conducted in many other states, among them Michigan, North Dakota and Indiana. In Indiana, horizontal wells have been successfully implemented without issue on the campuses of University of Southern Indiana, a campus of over 10,000 students, and Indiana State University, a campus of over 12,000 students and within the city of Terre Haute, Indiana, a city with over 61,000 residents. Horizontal drilling and fracking at these campuses and within the city limits of Terre Haute has been completed without harm to person or property.

In the last decade, horizontal drilling and fracking of wells in North Dakota has allowed the United States to nearly become oil independent.

Based on the success of oil development in North Dakota, oil operators came to the Basin to horizontally drill and frack for oil and gas in the geological formation known as the New Albany Shale. The New Albany Shale predominates throughout southern Illinois and contains significant quantities of oil and gas. This geological formation is similar in makeup to that found in North Dakota and the source of the oil discovery in that State.

Those operators developed areas ofleasing interest in Wayne, White, Hamilton, Clay, Edwards, and Lawrence counties (the “Counties”) in Illinois containing over a million acres and involving thousands of mineral rights owners. Leases were obtained by those operators and in the process expending over one hundred million dollars.

Plaintiffs bring this action on behalf of a class comprising all owners of oil and gas mineral rights in the New Albany Shale of Wayne County in the areas ofleasing interest and who have been denied the right to develop their property through the use of horizontal drilling and fracking.

The class is believed to exceed 1,000 persons, such that joinder of all members is impracticable. There are questions of law or fact common to the class, which common questions predominate over questions affecting only individual members. The representative parties will fairly and adequately protect the interest of the class.

The Fifth Amendment to the United States Constitution provides “nor shall private property be taken for public use, without just compensation.”

Article I, Section 15 of the Illinois Constitution provides as follows:

RIGHT TO REMEDY AND JUSTICE

Every person shall find a certain remedy in the laws for all injuries and wrongs which he received, to his person, privacy, property, or reputation. He shall receive justice by law, freely, completely and promptly.

Ownership of oil and gas mineral rights has no value unless those minerals can be legally extracted. Before an owner can legally extract these the owner must receive a permit from Department of Natural Resources.

Plaintiffs who own oil and gas mineral rights or their lessees have been denied permits to carry out planned horizontal drilling and fracking operations on their respective leasing areas. Therefore, Plaintiff landowners who have leased their oil and gas rights have not received any royalty revenue from the leases because of the lessee’s inability to obtain permit approval for horizontal drilling and fracking.

That’s the basic case; plain and simple. Essentially, what Taylor does is argue the appropriate penalty for the nonfeasance on the part of State of Illinois officials is to pay for the mineral rights they have effectively taken by their inaction. Whatever the legal merits of the case, Taylor has precisely expressed the frustration of Illinois landowners with system so corrupted by decades of NIMBY thinking that public officials now believe they have the right to abscond with property for any reason, healthy and safety being nothing more than excuse for inaction intended to appease special interests at the expense of ordinary Americans just trying to make a living off the land they love. 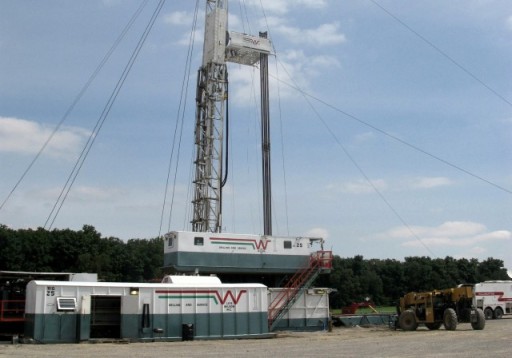 Will the suit be successful? No one can know, as courts are increasingly removed from the law they are sworn to uphold and interpret and, therefore, are also ever more unpredictable. Nevertheless, one can’t hope to protect their property rights if they don’t speak up for them and these Illinois landowners have. Just speaking up, making public officials pay a price for their inaction, may be enough to move things. One hopes. Let this movement spread!