Are there Corona lessons to be learned as the nation deals with the this latest public health threat? It seems so and many are energy related at some level.

It’s truly amazing how many Corona lessons we have been given by the Covid virus outbreak that began in China and has swept throughout the world. They’re piling up, in fact, and as a planner, I must admit there are also many my profession needs to learn and learn quickly. So much of what we have believed and taught has proven to be spectacularly wrong. 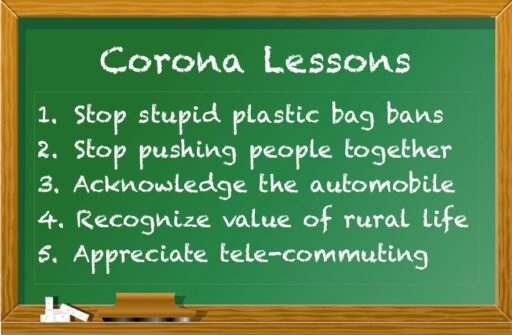 Readers may disagree or add their own observations, but here are the Corona lessons I have learned:

There are, undoubtedly more Corona lessons but I’ll leave it to readers to offer them.