Bill McKibben, the Rockefeller stooge, is at it again; fomenting crisis at every opportunity to push forward the special interest agenda of American gentry.

“Welcome to the Climate Crisis Newsletter,” featuring Bill McKibben, states the New Yorker. The new feature from the glassy-eyed, fringe fossil-fuel critic is the latest example of foregone scholarship. 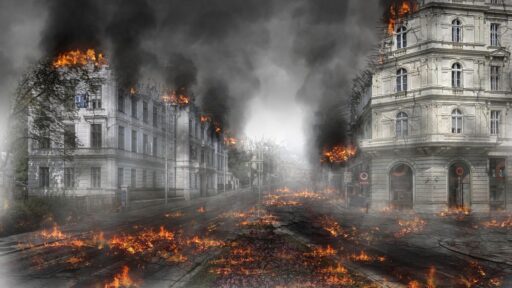 End of civilization as we know it?

The ultimate crisis? The end of civilization as we know it? Isn’t this what is under debate, with climate optimism a viable position given the protective role of wealth and abundant fossil fuels?

To McKibben and his mainstream media prop, it is all assumption, a false ones at that. It is now-or-never, doom-and-gloom Malthusianism.

McKibben will tie whatever weather extreme then occurring to fossil fuels. He will plead for reordering the economy and upending our personal lifestyles. But retreating from modern living is a dreary, futile prospect.

As in the 1970s, the radical Malthusians should head for the hills and leave the us alone. We, the great majority, the ordinary, will take prosperity and our chances over the unyielding edicts of the would-be eco-authoritarians.

McKibben previews the trouble ahead for normal people, at the hands of malcontent activists who are losing in the real world of energy and politics.

“National polling,” McKibben states, “found that one in five Americans said that they would ‘personally engage in non-violent civil disobedience’ against ‘corporate or government activities that make global warming worse’ if a person they liked and respected asked them to.” Continuing:

If that’s anywhere close to true, then it’s possible to imagine a movement big enough to make a difference—a movement one can see already emerging with the school climate strikers, the extinction rebels, and the Green New Dealers.

I hope to introduce you to many of these people, and to the scientists, entrepreneurs, and policy wonks whose work undergirds their activism—people I’ve met in my years as a journalist and a volunteer at 350.org, the global climate campaign. Most weeks, I’ll include a short interview that lets them address you directly.

McKibben’s doom chronicle is one of several online in the age of Malthusian panic (as in a failing, desperate worldview). McKibben’s New Yorker project comes with some trepidation on the Left. An article from Harvard University’s Nieman Journalism Lab explained:

What’s the right pace for journalism about climate change to maximize its impact?

Hammering people with a constant torrent of stories can make some people feel helpless and overwhelmed by the onslaught — not to mention the sheer scope of the problem. But checking in only sporadically, like when there’s a major new international report, leaves the story too far off the public’s agenda. A crisis many years in the making — with both its impacts and solutions often measured in decades — is hard to align with the rhythms of a newsroom.

The New Yorker is betting that weekly — and in your inbox rather than as just another link in your Twitter feed — might be right. The magazine announced this week that it’s moving deeper into newsletter-only content with a weekly email dedicated to climate change [by] … McKibben — whose 1989 book The End of Nature was many people’s introduction to global warming….

Each issue of The Climate Crisis will consist of a short essay, links, and an interview section called “Pass the Mic” to highlight emerging perspectives on climate change. The name is a nod to the NAACP publication co-founded by W.E.B. Du Bois a little more than a century ago.

Who Is Bill McKibben?

The following quotations from McKibben speak for themselves. That he is being ‘normalized’ by the New Yorker is a sad reflection on our time.

“Given this hard math, we need to view the fossil-fuel industry in a new light. It has become a rogue industry, reckless like no other force on Earth. It is Public Enemy Number One to the survival of our planetary civilization.” — McKibben, “Global Warming’s Terrifying New Math.” Rolling Stone, July 19, 2012.

“We have five times as much oil and coal and gas on the books as climate scientists think is safe to burn. We’d have to keep 80 percent of those reserves locked away underground to avoid that fate.” — McKibben, “Global Warming’s Terrifying New Math.” Rolling Stone, July 19, 2012.

“Since all of us are in some way the beneficiaries of cheap fossil fuel, tackling climate change has been like trying to build a movement against yourself – it’s as if the gay-rights movement had to be constructed entirely from evangelical preachers, or the abolition movement from slaveholders.” — McKibben, “Global Warming’s Terrifying New Math.” Rolling Stone, July 19, 2012.

“In December, BP finally closed its solar division. Shell shut down its solar and wind efforts in 2009. The five biggest oil companies have made more than $1 trillion in profits since the millennium – there’s simply too much money to be made on oil and gas and coal to go chasing after zephyrs and sunbeams.” — McKibben, “Global Warming’s Terrifying New Math.” Rolling Stone, July 19, 2012.

“Go outside: try to understand that the sun beating down, the rain pouring down, the wind blowing by are all now human artifacts. We don’t live on the planet we were born on.  We live on a new, poorer, simpler planet, and we continue to impoverish it with every ounce of oil and pound of coal that we burn.” – McKibben “The End of Nature,” New York Times, September 4, 1999, p. A25.

Editor’s Note: Bill McKibben is a Rockefeller shill. Everything he says and is comes from that family, from his teaching career at Middlebury College, to the funding of his 350.org schtick to the Rockefeller gift of his helper/manager/director Jay Hafon, the Fractivist Rasputin. McKibben also doesn’t seem to care much if the “non-violent civil disobedience” he promotes goes over the edge a bit. And, he lies easily, as we demonstrated in this post. Finally, his comment about the middle-class reveals what it’s all about for our gentry class and their radical friends — fighting against the bourgeois they both hold in contempt.