Are there two more smug condescending gentry class members of the US Senate then Edward Markey and Elizabeth Warren? No. These two Bostonian buffoons have sold their souls to radical environmentalist causes and they’ve opposed every effort to bring more natural gas to Massachusetts and the rest of New England. They prefer Boston and such continue to rely upon foreign imports of LNG, while they sleep comfortably in Washington DC.

Their latest maneuver, clearly choreographed by their fractivist supporters, is to challenge a recent FERC certificate issued for the Atlantic Bridge pipeline project by arguing the loss of a FERC quorom denies opportunities for appeals. It’s a silly stunt in the mold of the Delaware Povertykeeper’s attempts to stop new FERC appointments. It won’t go anywhere but it pleases the radical base that donates to their campaigns, so they’re more than willing to sacrifice the comfort of their ordinary constituents. If Boston’s history of snowstorms is any guide they could be sorry, although as all pols do, they’ll reverse course and blame others at that point.

Senators Elizabeth Warren and Ed Markey — Snooty is as snooty does.

The Atlantic Bridge, which would affect New York, Connecticut, Massachusetts and Maine, would expand natural gas transport capacity from the Marcellus shale basin into New England and the Canadian Maritimes.

Former commission Chairman Norman Bay announced Jan. 26 he will resign on Feb. 3 from the five-member body, which, among other duties, regulates interstate natural gas transmission. His departure will leave two commissioners in place.

“This resignation would leave FERC without the necessary quorum to conduct its business, preventing opponents of the Atlantic Bridge project from having challenges to this pipeline approval heard by the commission,” Markey and Warren wrote in their Wednesday letter to acting Chairwoman Cheryl A. LaFleur.

Leaving aside the silly stunt part of this exercise, Markey and Warren, in between their supercilious throw-away lines for press consumption and bones for the base, ought to be thinking about New England snow history. As the Hartford Courant reported not so long ago:

In the 2012-13 winter, that meant some natural-gas-fired power plants could not run. A number of oil-fired power plants were caught short on fuel and some ran out. The Independent System Operator that runs the New England power grid, ISO-New England, came perilously close to a power shortage in the region. The power that was available was extremely expensive.

The priority of heat over power during emergencies reveals, too, what can happen when those supplies are are overwhelmed by demand. A reader recently shared a story illustrating what can happen. It’s a Syracuse story but provides a powerful warning to the smarmy senators from Massachusetts, not to mention New York State’s Prince Corruptocrat, Andrew Cuomo:

The winter of 1977 was among the coldest on record…

The National Weather Service issued a blizzard warning for Syracuse at 10 a.m. on Jan. 28,  and many schools and businesses closed early.

The storm hit at 3 p.m. and temperatures fell from 33 to 10 degrees in less than two hours…

Temperatures were expected to fall to near zero, with wind chills expected to be near 50 below…

The day’s high was predicted to be 10.

To add to the weather misery was the continuing natural gas shortage, which threatened to become a crisis.

As the temperatures plunged, Niagara Mohawk went from requesting gas-saving measures to ordering customers to make deeper cutbacks in their use of gas. Industrial and commercial customers, previously asked for a ten percent cut in their usage, were asked by the utility for “a deeper, undetermined curtailment starting Jan. 31.”

Gov. Hugh Carey proclaimed an energy state of emergency for New York State on Jan. 27, and assumed sweeping powers that would allow the state to order school closing, factory shutdowns and any other steps needed to conserve natural gas.

On Jan. 29, Carey ordered all gas-heated schools closed for the upcoming week, and voided for 30 days laws requiring that residential buildings be maintained at certain temperatures.

Syracuse schools, as well as schools from Baldwinsville, Liverpool, Solvay, and many more, closed for the upcoming week. The city school also moved up the mid-winter break to the flowing week, giving students two weeks away from class…

Retailers changed their business hours, opening at noon and closing at 9 p.m. on weekdays. Banks agreed to open for only five hours a day.

Restaurants and taverns shortened their hours and dropped their thermostats.

New Process Gear, Gaylord Bros., Syroco, Crouse-Hinds, and General Electric were among the businesses that told workers to stay home.

The Feb. 3 Post-Standard reported that more than 35,000 employees were unemployed in Niagara Mohawk’s Upstate territory because of natural gas curtailments. Each business closing created a ripple-effect towards other businesses.

“More people are being laid off every day as parts of processes at plants go down and production at plants that aren’t gas-using is brought to a standstill because parts from shut-down suppliers are lacking,” explained James Schneider, executive vice president of the Manufacturers Association of Syracuse said.

It’s not hard to imagine the same thing happening in Boston or any other New England community. Boston, though, is especially vulnerable to its dependence on imports of foreign LNG. Those supplies are anything but reliable and carry with them the threat of importing terrorism as well, as none other Senator Edward Markey has proclaimed:

So, Markey doesn’t like LNG imports, doesn’t like LNG exports and hates pipelines. If that isn’t Boston buffoonery I don’t know what is. Market and Warren are engaged in demagoguery of the highest order and leaving their constituents vulnerable to what happened in Syracuse. So is Prince Corruptocrat. 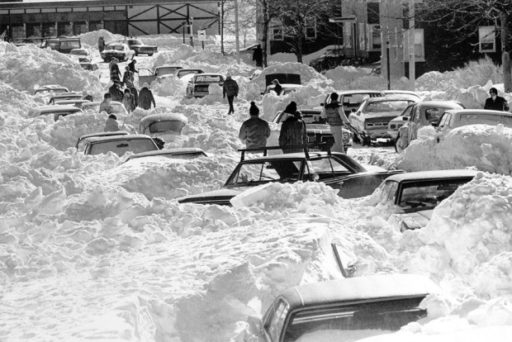 Meanwhile, Markey resides in Chevy Chase, Maryland, where the average February temperature is 37 degrees. And, Warren lives in a posh 1,400 square feet condo she purchased for $528 per square foot in the trendy Penn Quarter section of DC; so insulated from the cold and every other thing.