Once the subsidy cow was led into the energy milking parlor by Big Green, it was inevitable others (e.g. FirstEnergy) would want to suck on the public teat.

Electric power generator FirstEnergy (now called Energy Harbor Corp.) pulled off what we consider the biggest case of deception in the history of Ohio by pressuring Ohio legislators and a RINO governor to sign into law a bill to force Ohio residents to pay the company $1 billion so it can keep open two uneconomic/failing nuclear power plants. 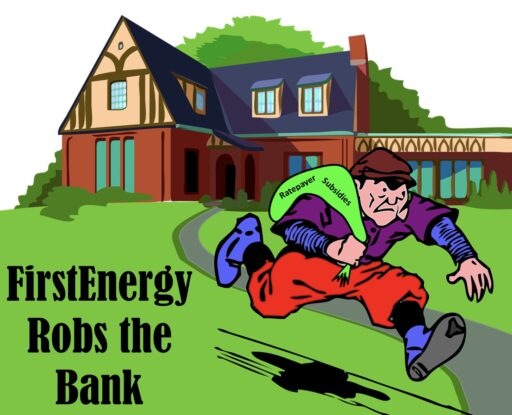 FirstEnergy/Energy Harbor also operates an economically failing nuke plant in Beaver County, PA. The company had planned to close it, but now says the power plant will remain open because PA Gov. Tom Wolf is attempting to illegally force the state to join the Regional Greenhouse Gas Initiative–a group that slaps high carbon taxes on coal and gas-fired electric plants.

Wolf is unilaterally, without permission or statutory authorization (i.e. illegally), attempting to force PA to participate in RGGI, a collection of blue northeastern states (New England, NY and NJ) in an attempt to bolster his credibility with environmentalist wackos. Fortunately the state legislature is controlled by conservative Republicans who are having none of it.. The legislature will sue to block the state’s entrance into RGGI if Wolf persists.

It doesn’t surprise us that the Big Government, bailout-loving FirstEnergy is hoping it can reproduce its Ohio deception in PA, too (emphasis added):

The Beaver Valley nuclear power plant in Shippingport was scheduled to shut down next year. But Energy Harbor Corp., the new name for the formerly bankrupt FirstEnergy Solutions, announced Friday that it will keep the plant open after all.

The power station employs 1,000 people and has a total capacity of 1,872 megawatts, enough to power more than 1 million homes.

FirstEnergy Solutions notified regulators in March 2018 that it planned to close the plant claiming it was not economic to operate without some kind of subsidies for carbon-free electricity. The company pushed for legislative help in Pennsylvania and Ohio, where it operates two nuclear plants. The effort didn’t progress in Pennsylvania, but Ohio last year passed legislation that FirstEnergy credited with keeping its power plants viable.

What changed in Pennsylvania, according to Energy Harbor President and CEO John Judge, is Gov. Tom Wolf’s decision to join the Regional Greenhouse Gas Initiative, a program for capping and gradually decreasing carbon dioxide emissions from the power sector in 10 Northeast and Mid-Atlantic states.

It requires coal, gas and oil-fired power plants in the participating states to pay a fee for their carbon emissions. Much of the resulting revenue is spent on efforts to improve air quality and cut greenhouse gas emissions further.

Joining RGGI, Mr. Judge said in a statement, “will begin to help level the playing field for our carbon-free nuclear generators.”

Mr. Wolf announced his intention to add Pennsylvania to the 10-state program in October. The Department of Environmental Protection is writing rules to guide Pennsylvania’s participation, with a full first draft expected in mid-April. The goal is to join the program in 2022.

Energy Harbor warned that if the state doesn’t stick to that timeline, the company “would need to revisit deactivation.”

Nuclear operators have said the plan is critical to preserving Pennsylvania’s remaining nuclear plants, which do not emit carbon dioxide when they create electricity but face punishing competition from power plants running on low-cost natural gas. Because fossil fuel plants would need to purchase carbon emissions credits and nuclear plants wouldn’t, the nuclear plants would become more cost-competitive in the market.

Modeling in October by economic research nonprofit Resources for the Future found that a carbon price of around $3 to $5 per ton would be enough to keep open Pennsylvania nuclear plants that would otherwise close by 2026. In the greenhouse gas initiative’s most recent quarterly auction, carbon allowances were sold at $5.65.

The Republican-led Legislature has so far balked at the plan, fearing its impact on the state’s substantial natural gas and coal industries.

State Sen. Gene Yaw, R-Lycoming, who heads his chamber’s environment committee, said in February that if the governor is not prevented from joining the initiative by the General Assembly or the courts, it “will lead to a discriminatory and job killing tax on all coal and gas fired electric generation plants in the Commonwealth.”

“That Energy Harbor is reversing course specifically because of our efforts to participate in RGGI is a concrete example of the importance of this policy, and one that Pennsylvania is extremely pleased to hear.”

Editor’s Note: Make no mistake. This is pure unadulterated corporatism; that is to say government rent-seeking, piggybank raiding and ratepayer cheating theft. It is what RGGI is all about, what carbon credits are designed to achieve and what every renewables tax credit is crafted to do; reward corporate and hedge-fund investors with green eggs and scam. 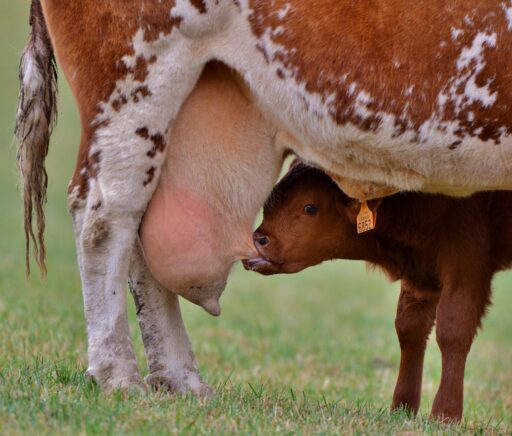 The massive subsidies going to “green” energy, and now nuclear, are nothing but a case of the bigger calves sucking on the government teat; bunting others out of the way with their oversized heads to get the milk. Trust-funder Tom Wolf is in on the game; he gets to burnish his green PC credentials for letting FirstEnergy suck and as the calf grows into a cow it rewards him and his party with political mother’s milk in the form of donations. It’s absolute political corruption.