The New York City Daily News treated Upstate New York to one of the most condescending editorials imaginable the other day. Chris Denton offers a reply.

In the New York Daily News on March 4th, 2019 the following editorial appeared:

“Something must be off with the water upstate. Several Republicans in Albany are offering dopey plans to split the big city and its environs, which pay the bills and provide the entertainment, from the rural stretches. One senator wants an economic impact study of a rupture (easy: we get richer, you get poorer). One assemblyman is pushing a separation referendum. Another clueless duo seeks one senator per county (dozen for upstate, five for the boroughs), even though it violates the US Constitution. This much we know: Our water, which comes from upstate, is great. In any divorce, we get it. They are all wet.”

Here is the upstate reply:

Let’s start with a few questions about the consequences to NYC if upstate leaves:

Where are you going to get your energy? 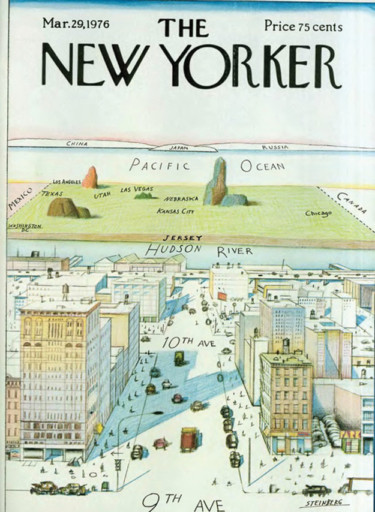 The new upstate will allow drilling.  Upstate will have very cheap energy.  And can sell it to Massachusetts and NYC at a price high enough to assuage their collective Environmental Guilt.  Upstate generates twice as much electricity as it uses, nearly all of which comes from the four nuclear carbon-neutral power plants and Niagara Falls carbon-neutral hydroelectric power plant. Upstate doesn’t need solar or wind for its energy needs or for its environmental conscience.

The destruction of upstate hill tops from Industrial Wind Turbines and the destruction of forests and farm land from Industrial Solar Gathering Sites will cease.  Upstate will no longer suffer from infrasound, flicker, bat kills, bird kills, eagle kills, wake and electromagnetic interference from Wind Turbines. NYC and its environs will pay three times as much as upstate does for its energy.  You are going to need that money of which you spoke.

What about entertainment?  We have museums (Corning Glass Museum, Cooperstown, the Soaring Museum, the Boxing Museum, Watkins International Speedway, the Adirondack Museum, Women’s Rights Museum, hundreds of local museums, and the museums in Buffalo, Rochester and Syracuse); and the Broadway shows which cost hundreds of dollars to attend in NYC cost far less when traveling on the road. Performing Arts Centers and symphonies are in every major city upstate and even in the small ones.

Sports? We have all anyone would ever need: Hockey: Buffalo Sabres and American Hockey League teams. Football? Buffalo Bills, Ithaca College, and Syracuse University. Basketball?  Syracuse basketball draws more fans per home game than any NYC NBA team. And upstate every town has adult leagues in something: hockey, soccer, softball, volleyball, and on and on.

Gambling?  Does NYC even have a casino yet?  Upstate has more than five. And Saratoga hosts horse-racing of the highest caliber. And the Lottery money will finally all go to education as originally promised, instead of 2/3rds of it going into the general fund.

Colleges?  Ivy League Cornell University, the entire upstate SUNY System outside of NYC, a host of top notch private colleges, way too many to name. How many NYC teams have won National Championships?  Syracuse lacrosse has many NCAA titles, Syracuse Basketball has one, Cornell, Union and Clarkson have NCAA hockey titles.  Elmira College has numerous NCAA women’s hockey titles.  These are just a few.

Alcohol and Drugs? Wineries, Breweries, Distilleries all by locals who excel at their craft in a lake district with cool clear waters (600 foot deep Seneca Lake).  And why would we need to legalize recreational marijuana.  We will simply grow it for downstate.  You get the addicts, we get the profits.

Labor market?  The pension system for NYC employees will fall on NYC’s head.  You are going to need the riches you claim to have.  Upstate will start with a clean slate.  Right to work state.  Rent our prisons to NYC et al. No defined benefit pension plans to drain the life out of the tax payers. Minimum wage can reflect our economy, not NYC’s.  The lack of mandatory prevailing union wage scale for all government projects and the end of unfunded mandates will save us billions.

Subsidies for utopian projects?  The tax draining subsidies for solar and wind which upstate doesn’t need will save us more billions. You are welcome to assuage your environmental guilt at your own expense and to put in as many wind turbines as you can cluster in Long Island Sound, in the Atlantic off Montauk Point, off the Hamptons, off Fire Island and Far Rockaway, in Central Park, and on top of buildings.

You are welcome to put solar panels on every square foot of Central Park, Van Cortlandt Park, Jamaica Bay, Liberty Island, Ellis Island, Rikers Island, City Island, Governor’s Island, Fire Island, Shelter Island, etc.  No exceptions for politicians and the rich, which you will now be free to tax at 70%. Gee, I wonder what part of the old New York State they will move to?  And once upstate is free of the NYC driven social agenda of driving out Amazon, it will be welcomed upstate. And you can have your own socialist state and become an open borders sanctuary state at your own expense.

What about the Great Outdoors?  Let’s see ……..  upstate will get the Adirondacks, Lake George, the Thousands Islands, Lake Ontario, Lake Erie, Niagara Falls, the thousands of Glens with their hidden waterfalls, the Finger Lakes, the Susquehanna fishery, the Delaware River and Fly Fishing, and too many other natural wonders to list.  The tourist dollars NYC people pay will not go to NYC or its environs. If you are lucky you might get Harriman Park and the Palisades.

One more thing.  In NYC only the gangs carry guns – mostly to hunt defenseless people. Upstate we carry guns for hunting game and for defense against gangs.  Upstate men, women and the elderly shoot back.  In the meantime, anyone who shares the values of the upstaters who Cuomo called “unwelcome” in New York State, regardless of race, color, greed, national origin, etc, you are welcome to live and work upstate. We are the home of Harriet Beecher Stowe, Abolitionism, the Underground Railroad, Women’s Suffrage, the first all-female four year degree college (Elmira College) and we are darn proud of it.

What about industrial development?  See All Above.  We are next to Canada and you are next to the polluted Hudson and New York Bay.  You will pay for your bridges and tunnels. The governor will be quartered in NYC not Albany.  No escaping responsibility. Upstate will have its own court system, no raiding the upstate judges for downstate overloads.  No public employee unions.  Upstate will be like a southern state north of NYC.  And this is just the tip of the iceberg of upstate wonders and possibilities.  Welcome to real competition.  Secede? You bet your sweet bippie.

Editor’s Note: What Chris is addressing, here, as I see it, is the cocky “you need us” New York City attitude that supposes the world depends on the condescending folks who live there, when the exact opposite is true. New York City cannot exist without the rural areas that supply its food and make its energy. It is wholly dependent on imports, in fact, and Upstate New York could survive quite nicely without it. It wouldn’t be poorer, but richer, because it could sell its products without having to bear the unbearable burden of New York’s wasteful spending and high taxes. Secession is less the point than understanding these facts. Indeed, I might have titled this post “If you think you’d benefit by a secession, we dare you!”