If it weren’t so serious a matter, so crucial to welfare of the rural Northeast, Energy Justice Summer would be a smash hit reality show of non-stop laughs.

Our previous two posts on the wild wacky world of fractivism, available here and here, were well received, so another installment is in order. This one takes us to Susquehanna County, Pennsylvania and environs for something called “Energy Justice Summer.”

We’re not the only folks to recognize the absurdity of it all, either. Our attention was drawn by a humorous blog post, from the sponsors of the event, entitled “A Window into the Absurdity of Energy Justice Summer.” They also have have an entertaining Facebook page accessible here. It’s all great fun to them, you see – a lark of an adventure attacking the one thing that is reviving hope for the rural Northeast and on which so many in places such as Southern Tier of New York wait with desperation. 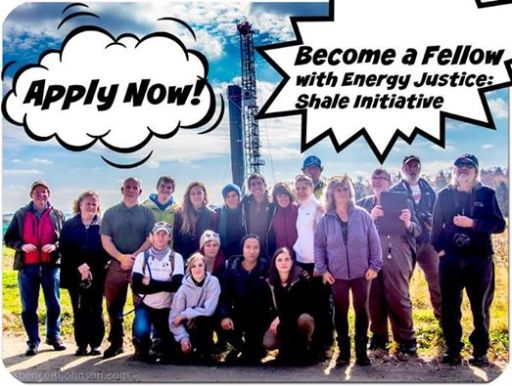 Energy Justice Summer is part of project called Energy Justice Network, a 501(c)3 charity whose official name is Action Center, Inc.. Action Center is run by a couple of serial protestors by the name of Mike Ewall and Traci Confer. We wrote about them earlier here and noted they are involved in multiple causes. We also explained how they are funded:

Action Center, Inc. got $28,000 or roughly one-quarter of it funding in 2012 from another non-profit corporation called the Earth Island Institute, Inc., which also funds Chesapeake Climate Action, the folks who produced that faulty FLIR camera video a while back that tried to interpret heat as fracking emissions. Earth Island Institute, Inc. is funded by the Park Foundation, the Energy Foundation, the Goldman Environmental Foundation and its affiliates (Helen Slottje’s admirers), all of whom we’ve written about here before, plus several other of the usual wealthy special-interest suspects who fund the NRDC and the like.

The usual suspects also include the Rockefeller Brothers Fund, which has given Earth Island Institute some $670,000 over the last several years to sponsor “its Energy Action project which organizes and mobilizes 18-35 year olds around reducing greenhouse gas emissions.”

Action Center, Inc. (d/b/a as Energy Justice Network) is also part of the “Energy Action Coalition” organized by Earth Island Institute and funded not only by the Rockefeller Brothers Fund, but also Teresa Heinz Kerry’s Tides Foundation, which gave Earth Island $70,000 in 2012, for example, to support the Coalition. The entire focus of the effort, which operates under the moniker of PowerShift.org (following all this?) is stimulating student protests, described euphemistically as follows:

Energy Action Coalition is a coalition of 50 youth-led environmental and social justice groups working together to build the youth clean energy and climate movement.

Working with hundreds of campus and youth groups, dozens of youth networks, and hundreds of thousands of young people, Energy Action Coalition and its partners have united a burgeoning movement behind winning local victories and coordinating on state, regional, and national levels in the United States and Canada.

Energy Justice Summer, in other words, is a just another Rockefeller-Tides funded initiative to instigate as much trouble as possible for the gas industry (among others) by motivating students to join in the fun of bashing someone else’s economic development. There’s no better way to do that than to make a party out of it. Hence, we get this description of the absurd world of Energy Justice Summer by one its own:

Living in Northeastern PA has been a blast, but sometimes life gets to be a bit absurd. Today was one of those times.

This morning I sat on the couch and worked through email while listening to a speakerphone voicemail left by a man named Lizard, the leader of a biker gang who wants to come tour fracking infrastructure. Next week, we’ll host Lizard and several of his biker friends for a BBQ at biker and Dimock anti-fracking activist Ray Kemble’s place.

A bit later in the morning, EJS organizer Spencer blasted ska punk music from his laptop, giving the house a soundtrack as the grandchildren of local Susquehanna anti-fracking activist Vera baked sugar cookies and green velvet cupcakes in the kitchen, clouds of flour filling the air. The baked goods will be sold in tomorrow’ 4th of July Parade, with proceeds going towards water relief for residents with contaminated water.

During the baking, we received a phone call from an impacted resident in Susquehanna County who described how a the low frequency vibrations from a gas compressor station was “resonating with her bones and lungs.” All the while, our Tea-Party affiliated landlord Craig hung upside down from a pull-up bar in the living room doing extreme sit-ups for his morning workout.

Then a Russian journalist named Alexi showed up to film everything and interview us. Alex often asking us to repeat portions of our conversations about the states of the environmental justice, climate, and fracking movements. But he often seemed more interested in filming the green velvet cupcakes. We’ll probably end up with another article similar to this “Voice of Russia” article.

Such is life in the EJS madhouse; today’s population: 13 and counting. It’s a mixture between the hilariously surreal (like the cupcakes and hard-core biker fracking activists) and the tragically absurd (like orange-brown tap water that lights on fire due to fracking contamination). But it sure keeps life interesting. And even with all the crazy shenanigans of life here in Northeastern PA, it’s clear we’re making a difference.

The contributor of these observations was apparently Adam Hasz, who can read about here, along with descriptions of the rest of them – serial protestors all, none of whom apparently have to worry about earning a living, paying taxes or raising families. It’s just one barrel of laughs and good times after another, sort of like the frat party never ended, which is exactly the message the elitist funders of this nonsenses want to deliver to attract more mush-for-brains students to the cause. Then, throw material like this in and who can resist? 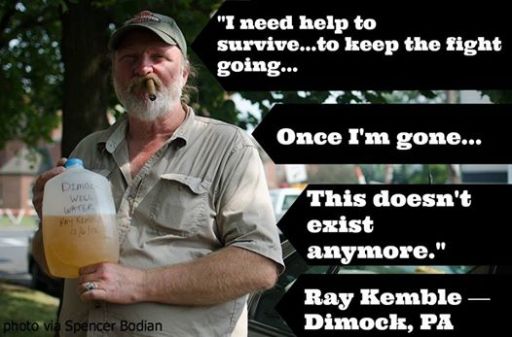 The fun apparently also included gatherings of students to hear Alex Lotorto, Bill Huston and Vera Scroggins give lectures in Craig Stevens living room, as we can see in this picture: 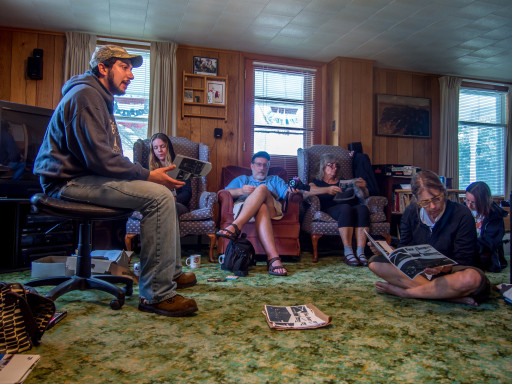 If you’re a parent paying for these students to hear from the likes of these folks you should demand a refund. Meanwhile, some of these people are apparently being paid for their protest work, as the latest Action Center, Inc. 990 return shows $44,200 of its funds went to pay field organizers. They undoubtedly pitched a message that our environment was being threatened by wealthy special interests, while taking money from wealthy special interests to do so. This is Manipulation 101 and it’s what Energy Justice Summer, which apparently operates from Craig Stevens house, is all about. It’s just another part of the wild wacky world of fractivism and if it weren’t a matter of economic destiny for areas threatened by their childish pranks, it might be entertaining.