Because so much of shale gas news in the popular media comes from anti-drilling special interests, it’s refreshing when there is a voice to lay out the other side of the story. Now, there is one.

Have you heard shale gas news discussed on the radio yet?

Two of Pennsylvania’s most outspoken proponents of Marcellus Shale development – Kevin Lynn of Linde Corporation and Bill desRosiers of Cabot Oil & Gas – are co-hosting a Saturday morning radio show to discuss all things natural gas. The show, called simply The Shale Gas News, is broadcast live from 10 – 11 am on 94.3, “The Talker” with a heavy emphasis on listener participation. If you have a question, comment or concern, they want to hear about it. 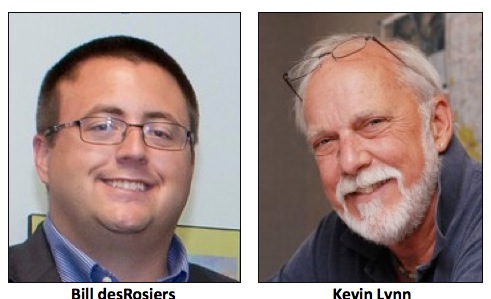 And, if you don’t have time Saturday mornings, you’ll be able to catch every show afterwards here at NaturalGasNow.org. It covers everything in the way of shale gas news and will interest you whether you’re a natural gas consumer in New York City, a Marcellus Shale producer from Pennsylvania or a natural gas industry supplier from Houston.

Shale Gas News and the Future

Here is how long-time media personality Kevin Lynn, who now works in the industry, describes the program he conceived and created:

Lynn is an award winning veteran of TV and radio. Since 2010, he has worked for Linde Corporation, a contracting company based in Pittston., Pa, that is heavily involved with the Marcellus Shale industry.

Lynn’s cohost is no stranger this discussion or this website, for that matter. For the last four years, desRosiers has been actively engaged in natural gas development all over Pennsylvania and New York, first with Energy In Depth and now with Cabot Oil & Gas. He’s accustomed to taking on contentious issues and doing so head on.

“I’ve travelled extensively to promote and advocate on behalf of safe, responsible natural gas development. From Ithaca to Pittsburgh, the geography might be different but the concerns and issues are the same. “My favorite part of the show is the cutting edge technology and innovation, that’s what I am most excited to discuss on the show.”

What The Shale Gas News Delivers

The Shale Gas News has already hosted many exceptional guests including:

NaturalGasNow.org readers will recognize many of those names as authoritative sources of shale gas news. They, like the hosts of the program, are characterized by straight talk that not only doesn’t avoid any of the hard questions about shale gas but, rather, seeks them out with the hope of dispelling another set of myths propagated by the small group of special interests aligned against development. That’s why we’re going to carry the program here as part of our own archives.

You can participate directly, though, on Saturday mornings by listening live from 10 – 11 am on 94.3 FM, The Talker or through the internet sing this link:

Links to all the shows can be found here:

The Shale Gas News is sponsored by Linde Corporation