Kevin Lynn, co-host of Shale Gas News, relates how another large public facility in Northeastern Pennsylvania is benefiting by an oil to natural gas energy conversion.

When the State Prison in Dallas PA decided to convert to natural gas—Linde Corporation was behind the conversion—literally.  Linde was hired by UGI to make the change from more expensive heating oil to cleaner cheaper locally abundant natural gas. 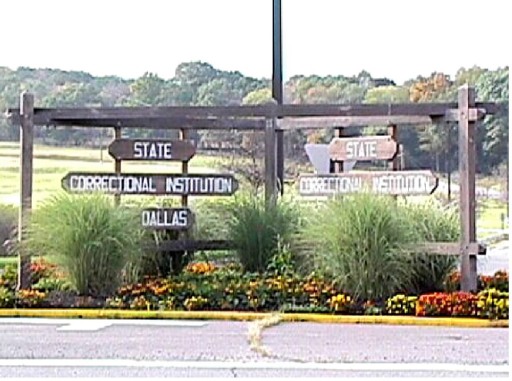 SCI Dallas is a big place with a big appetite.  The Dallas prison was converted to a men’s facility 1960 and consumed a million gallons of heating oil a year.  Linde was contracted to get natural gas to the prison and get the bills down.

The first job was to cut into the road to run a hot tap from the gas line in the ground—a road saw will cut through the pavement with no problem.  Technology is not the problem on this job.

Space is the problem with utility work.  Often the excavator has a ditch on one side—traffic passing on the other side—and electrified traffic lights overhead.  It all makes for close fit!

Then comes shoring—in this case a trench box is lowered into the hole.  This protects the workers from a possible cave-in.   Different groups have different depths at which shoring is needed—but in every case—worker safety is paramount.

The welders begin the process of welding a piece in place for the tap.  This begins the piping that will provide gas to the prison—several miles away.

The ditch for the pipe will be dug along the side of the road and there’s lots of activity.  Linde had 3 crews—20 people on this job—one crew at the highway junction—one at the prison and one in between.

High density polyethylene—or HDPE—was used for this job and it can be welded in different fashions.  When the pipe must stay in the ground the electro-fusion collar makes sense—the Friamat machine sends an electrical impulse which fuses the collar to the outsides of the pipe wall.

Butt fusing pipe is the preferred method for high-volume production.  This technique involves heating two planed surfaces of HDPE pipe against a heated surface. After a certain length of time—the heating plate is removed and the two pieces are pressed together to cool under pressure.  Done right—the weld which results is stronger than the original pipe.

Once the HDPE pipe is in the ground—the next challenge is to make sure it can be easily found if need be.  This is accomplished with yellow detectable warning tape.  On the tape it says—GAS.  Even more helpful—the tape also has wires running through it which can be detected by sensors telling exactly where the pipe is buried.

Compaction is required on any road right of way.  That requires backfilling of the ditch with a road sub-base—and then it is compacted with a tamper accessory on a backhoe.  Compaction is a regular requirement of state and township roads.

Despite the temporary inconveniences there is an added benefit to this work.  Because the natural gas pipe to the prison is an intermediate pressure line—it means that anyone living along the line is now eligible to receive natural gas.

All it takes is an application to UGI and literally dozens of homes could take advantage of cleaner—cheaper—locally abundant natural gas.

Linde has already hooked up 14 customers—and the state prison—of course.  The UGI natural gas line to the prison results in savings to every taxpayer in the state.