Fractivists have now taken peer review abuse to a whole new plane with a phony study of oil well flaring by one of their own, “peer reviewed” by another.

If you thought the peer review abuse connected with the New York State health studies used to rationalize Andrew Cuomo’s politically inspired fracking denial was something new or the worst you’ve seen, you haven’t seen the new Friends of the Earth (FoE) propaganda “study” targeted at Bakken shale oil drilling. It was “peer-reviewed” by another fractivist outfit called the Western Environmental Law Center (WELC), both organizations being fractivist outfits to the core and funded by the same people. That it promotes a bizarre theory labeling flaring of wells a “subsidy” takes this particular instance of peer review abuse into new territory both geographically and metaphysically.

The “study,” entitled A Fracking Shame: North Dakota and the Hidden Fracking Subsidy is the dictionary example of propaganda, the very title providing all the evidence anyone might need of extreme bias. FoE produced the slick 12-page handout, which is a blend of flaming pictures, not-so-clever headings (e.g., “The Flarers”) and graphics intended to show flaring is somehow a “subsidy.” It is, perhaps, one of the most shallow prices of drivel I’ve seen from the fractivist side and there’s been no dearth of such material from them. It consists, in fact, of a mere 3,837 words and that includes table entries, footnotes and the table of contents – we’ve had  longer posts here without counting any of those things. 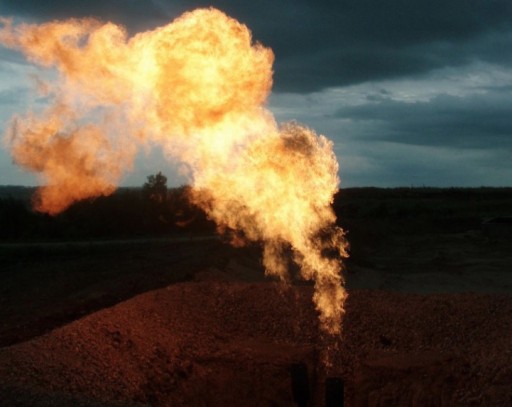 Photo from EoF “Study” by Joshua Doubek   via Wikimedia Commons

Yet, this supposed “study” was, we’re told, “peer reviewed” by Thomas O. Singer, PhD, Senior Policy Advisor at the Western Environmental Law Center. Singer’s PhD is in International Business, not economics or science, and this is how the WELC introduced him when hired (emphasis added):

It is my pleasure to announce that Tom Singer, Ph.D., has joined WELC as a Senior Policy Advisor. Tom will work in our climate and energy program, helping us speed the West’s transition away from dirty fossil fuels toward energy efficiency and clean, carbon-free energy. Tom’s extensive policy and economics expertise reflects our ongoing commitment to combat climate change and will strengthen our legal advocacy work.

Tom comes to us from the Natural Resources Defense Council, where he was a Senior Advocate working on climate and energy issues.

No, no bias there – just the guy to decide whether some other fractivist’s work rises to the level of academic professionalism and soundness. If Singer’s economic expertise is such that the cost of flaring represents, in his mind, somehow a subsidy, one can only imagine what other ideas he might have. Of course, that’s probably why he’s apparently only ever worked for advocacy groups and government and never in, well, business.

When Singer worked with NRDC, though, he participated in preparing another study and that one, albeit biased, was actually worthy of the name. It was called Leaking Profits: The U.S. Oil and Gas Industry Can Reduce Pollution, Conserve Resources, and Make Money by Preventing Methane Waste. Nowhere in that study did Singer and his NRDC comrades refer to methane losses (which included, in their analysis, flaring) as a subsidy. Rather, they viewed flaring and other methane losses as “leaking profits” that offered oil and gas companies great opportunities to gain from green completions, but now, three years, later FoE says, no, those aren’t leaking profits, but subsidies and Singer suddenly agrees. What gives?

Well, what gives is this: the mission has changed. The fractivist community was then occupied in getting its foot in the door on methane emissions. Now, the foot and the rest of the body are inside the room and want to throw out oil and gas altogether, so Singer, ever the loyal soldier in the fractivist phalanx, now says it isn’t about lost profits but giveaway subsidies. That tells all we need know about him.

His new employer is another matter. The WELC is funded by an assortment of the usual suspects among the fractivist world of special interest funders, including the dark money, speedboat driving hedge funds guys at the Energy Foundation, Teresa Heinz Kerry’s Tides Foundation. And, guess what? Those same entities also fund FoE and the last place he worked; the NRDC. It’s all one big happy family of fractivists.

Notwithstanding this obvious conflict of interest and peer review abuse, it goes one step further with the faithful reporting of this “study” and the phony peer review by Inside Climate News. This is the Rockefeller shill organization we reported on last year here, and it is closely connected with the euphemistically named (aren’t they all?) Center for Public Integrity and guess who funds them? Yes, you guessed correctly; the Energy Foundation, the Tides Foundation and something called the Deer Creek Foundation, which also funds both FoE and WELC. This is precisely what Energy In Depth calls the “echo chamber of research, media and campaign activities,” all parts of which are funded by the same special interests.

This is peer review abuse at its worst. The process is now so thoroughly corrupted by fractivists (and related groups) as to be totally meaningless as the same special interests fund the phony studies, the fake peer review and the fraudulent reporting. Call it “brown-washing” because it’s dirty from one end to the other. Worse, in this instance, is that it  promotes a theory so absolutely bizarre; one an eight-grader could recognize as dissembling. It suggests oil and gas companies are getting a subsidy because they don’t pay the Federal government royalties on gas that’s flared off and represents lost profits, as if lost profits were the objective of every company.

This is what passes for seriousness in the world of fractivism; junk science so bad only a journalist paid by the same people could possibly report it with a straight face – you know, guys like this: 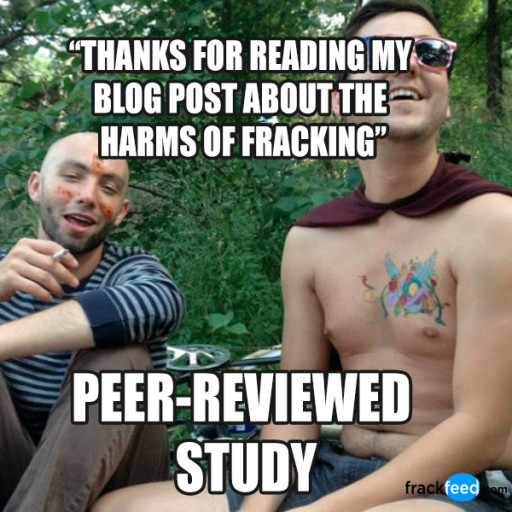 26 thoughts on “Peer Review Abuse Flares Up Yet Again”