NY landowners are planning to use the bankrupt GASFRAC waterless fracking technology to drill the first Marcellus well in Tioga County, NY.

In September MDN brought you the news that the buyer of the bankrupt Canadian waterless fracking company, GASFRAC, is shelving the waterless propane fracking product the company was known for.

Our comment at the time was: “The mothballing of the GASFRAC technology raises and interesting question for the effort to frack a well in Tioga County, NY, where a group of farmers had planned to use LPG fracking technology on a test well. We sure hope they weren’t pinning their hopes on GASFRAC.” An article in the Binghamton Press & Sun-Bulletin tells us that yes, the Tioga County landowners who want to frack New York’s first Marcellus well were, and still are, planning to use the GASFRAC technology. 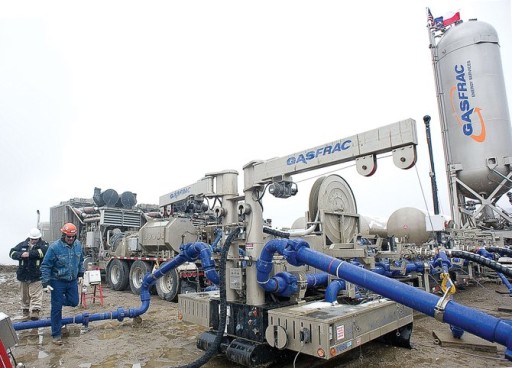 According to a rep from the Tioga landowner group, they have access to the equipment and technology from GASFRAC to do an LPG frack should they get a green light from the state.

Whether they will get a green light to use the GASFRAC tech is another question entirely–based on what the politicized NY Dept. of Environmental Conservation (DEC) decides.

The propane fracking technology seen as the key to unlock the Marcellus Shale in Tioga County has been shelved by its developer.

Despite this latest setback, the wildcatters who are pursuing a plan to develop wells in the Town of Barton say they still have access to the waterless fracking technology through other, unnamed parties.

“The equipment and technology is available. We have options,” said Phillip Mezey, a Texas driller and principal member of Tioga Energy Partners, a limited liability company pursuing a quest to become the first producer of shale gas in the state.

That may good news or bad, depending on how one stands on New York state’s ban on high-volume hydraulic fracturing, and the group’s plan to use a largely unproven method to get at the gas under the Southern Tier of New York.

Approval for the controversial project, just south of the intersection of Halsey Valley and South Hill roads in the Town of Barton, is pending with the state Department of Environmental Conservation. The centerpiece of the application is a liquid propane system developed by Gasfrac, a Canadian firm, as an alternative to a water-based chemical solution to generate hydraulic pressure to fracture the shale and release gas.

STEP Energy acquired GASFRAC’s assets in March. Both companies are based in Calgary, Alberta (Canada).

Adam Schultz, an attorney for Tioga Energy Partners, said in an email that STEP Energy’s decision “does not impact the TEP [Tioga Energy Partners] project in any manner” because the group has “access to the equipment and expertise necessary to complete the waterless hydraulic fracturing of the Snyder well.”

Neither Mezey nor Schultz would name the party that would do the technically challenging and dangerous work.

Permitting records obtained through the Freedom of Information Law show Tioga Energy Partners paid a total of $6,660 in fees to the state for permit applications for two wells in the Town of Barton. The first, Snyder E1, would be an exploratory well drilled vertically for 9,530 feet into the Utica Shale. The second, Snyder E1-A, is a production well that would run horizontally into the Marcellus at 3,700 feet.

Drilling would be completed within 90 days, and waste from both wells would be stored in metal tanks and disposed of at the Chemung County Landfill, according to the records. The Chemung landfill already accepts drill cuttings from Pennsylvania wells.

The permit file includes a standard on-site inspection report by DEC staff dated June 16, 2015 and signed by J. Yarosz and Linda Collart of the Mineral Resources Division. The report notes the sloping terrain, but raises no significant issues with the application. 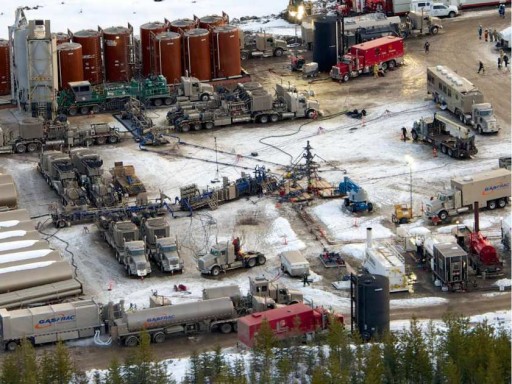 Since everything in New York is a political calculation and has nothing whatever to do with real science, it’s anyone’s guess what will happen with the Tioga application to frack. What we found interesting is that the Tioga landowners somehow still have access and the right to use the GASFRAC technology. Frankly, the tech likely isn’t all that great (EVEP Reports Waterless Fracked OH Well is a Bust). But that’s not the point with this well.

The point with the Tioga County well is to prove to NY residents that fracking is not a dirty word – that it can be done safely with minimal impacts on the environment. Once New Yorkers see that it works just fine, attitudes in the state will change and anti-fossil fuel nutters will have lost the battle. Which is why they so vehemently oppose any fracking–even though vertical fracking still happens in the state, and has for over a generation.

8 thoughts on “NY Plans to Use GASFRAC Technology to Frack”