Inside Climate News is the phony front for some very wealthy special interests who would deprive rural America of a future for their agenda. It’s an inside operation.

There is a fascinating little battle going on between Energy In Depth (EID) and two fractivist groups known as Inside Climate News and the Center for Public Integrity who are operating in tandem with the Weather Channel to badmouth natural gas development.

Well, it’s not that much of a battle. Our friend Steve Everley thrashed them in the opening salvos, they came back for more and then he demolished what was left of them. The whole episode makes for great reading, but also prompted some questions about exactly who these two organizations (Inside Climate News and the Center for Public Integrity) really are. They are anything but what they claim. Let’s start with Inside Climate News.

Inside Climate News was, according to its website, launched in 2007 as “a non-partisan and non-profit news organization.” Any group that proclaims to be non-partisan, of course, never is or they wouldn’t bother telling us, so that’s the first clue as to who they are.

The second clue is in found in the funders the organization lists on its Funders page, which include the Energy Foundation, Park Foundation and Rockefeller Brothers Fund; all of whom are heavy financiers of fractivist causes. Use our search button to learn more about all of them. You’ll find dozens of posts.

We are also told David Sassoon, the founder and publisher of Inside Climate News, worked for the Rockefeller Brothers Fund, as does Michael Northrup, another board member who “directs the Sustainable Development grantmaking program at the Rockefeller Brothers Fund” and who “provided the seed grant that got InsideClimate News started in 2007.” The latter’s 990 for 2007 shows no such grant, but it does show a $200,000 grant to the Center for Public Integrity, “media partner” with Inside Climate News. 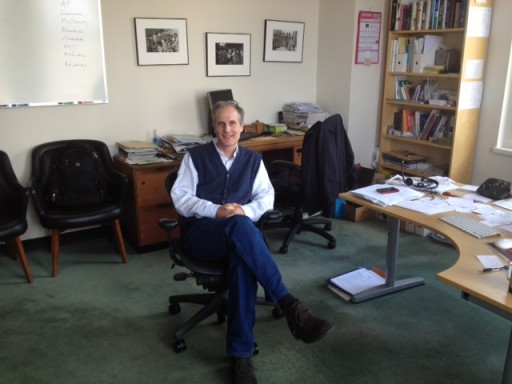 The third clue comes from the organization’s donation page, which tells us Inside Climate News is really Lost Light Projects, Inc. (Fed ID No. 56-2451141) with headquarters in Columbia County, New York (where the Rockefeller clan owns enormous acreage by the way) at the address of someone named Elizabeth Johnson, who uses oil heat according to tax records. The New York State Charities Bureau has links to its annual filings and a Certificate of Amendment of its Certificate of Incorporation, which say it was created in 2004 by David Sassoon “To develop information and promote awareness of cultural survival and climate change.” These folks just can’t resist the hyperbole, can they?

The real story, though, is in the annual filings, which show the organization routinely receives less than $25,000 in gross receipts, although there is an indication it took in slightly more ($26,014) in 2013. That’s enough to pay a few travel bills and supply Sassoon with pencils, I suppose, but it’s certainly not enough to pay for the salaries of all these people described as the “Inside Climate News team.” 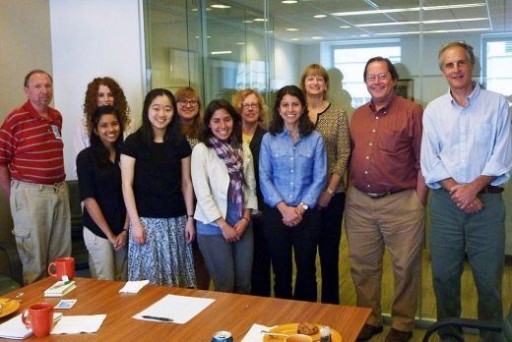 An Inside Climate News Team Photo from Their Website

There are a total of 11 staff members identified and eight additional contributors and this is all paid for from receipts of $26,014 or so? I don’t think so. Someone else is clearly paying the bills. Lost Light Projects, Inc. d/b/a Inside Climate News uses one of those money-laundering donor advised funds called The Network for Good, Inc. to collect money, so there’s virtually no telling where even the $26,014 comes from, let alone the salaries of this staff. Neither “Inside Climate News” nor “Lost Light Projects, Inc.” appears to show up on the Network for Good’s list of grants made in its its latest 990 return, in fact.

Who really is Inside Climate News, then? Are these people on the payroll of The Center for Public Integrity? It doesn’t appear so. That entity has five employees earning more than $150,000 per year (not bad for an $8 million operation) but there doesn’t seem to be an overlap with Inside Climate News, or is there? The euphemistic Center for Public Integrity, which bears a striking resemblance to George Orwell’s “Ministry of Truth,” ran a post the other day with an incredible 24 pages of e-mails between Inside Climate News reporter Lis Strong and the EPA.

They’re worth perusing just for arrogant manner in which she badgered the EPA with demands for interviews. She seemed to have little interest in answers and documents but repeatedly demand face time with the obvious intent of embarrassing someone. Now, I know how frustrating it can be to get information from the EPA and persistence is an absolute necessity but when it turns to pompous persnicketiness my sympathy actually builds for the EPA.

Regardless, the fact the Ministry of Truth, er…Center for Public Integrity had all those e-mails and treated Lisa Strong as if she was one of them, suggests more than the normal partnership. Still, there is no indication Lisa Strong is legally on the payroll of the Center. We are left in a quandary, but that’s the point.

This is no coincidence. It’s the way these organizations operate, with criss-crossing donations, hidden funders, money launderers and always the dotted line connections to the really big money outfits like the Energy Foundation, Park Foundation and Rockefeller Brothers Fund; the special interests who are colluding to fight oil and gas development in this country. The Park Foundation, for example, says it gave a $25,000 grant to a group known as Public Interest Projects, Inc. in 2013 for:

General support for InsideClimate News to report and publish articles on two beats: air and water pollution related to hydraulic fracturing; and an investigation into the U.S. petcoke industry and its financing.

Public Interest Projects, Inc. is still another of those donor advised funds who do the money laundering to hide many funders, although in this case the Park Foundation has admitted it was them. Now, if the Park Foundation gave Inside Climate News $25,000 in 2013 and it only took in a total of $26,014, are we to believe its slick website only generated $1,014?  Once again, we see how deliberately obscure these relationships are structured. Given that Lost Light Projects, Inc. is a bonafide nonprofit corporation with tax exemption, and has a relationship with another such entity in the Network for Good, Inc. why is the Park Foundation supporting it through still a third entity?

The answer is obvious. This all about hiding the collusion, the money and the undue influence. A just released United States Senate Committee on Environment and Public Works Minority Staff Report entitled The Chain of Environmental Command: How a Club of Billionaires and Their Foundations Control the Environmental Movement and Obama’s EPA, goes into this in great detail and reiterates the points we have made here and at EID for the last three years.  Read it. It deserves more attention than I can give in this particular post, but put yourself ahead of the curve by reading it now.

What we have learned. however, is this; Inside Climate News is a totally inside operation by the wealthiest special interests around, people who would deny economic prosperity to millions of American’s for the sake of pushing their own selfish agenda.

7 thoughts on “Inside Climate News Is An Inside Operation”