The NRDC gang is a den of thieves who conspire to destroy competition and steal business for their donors, directors and supporters.

Some environmental groups, it appears, are beginning to notice the NRDC gang is not what it’s made out to be, an altruistic group focused on safeguarding the earth; that it’s really a gang of thieves out to steal business for the members. We have, on these pages, relentlessly detailed the background on the NRDC gang, noting how it is running land scams to make a wilderness of the Catskills. We’ve told how its divestment project is really just a case of running interference while Steven Clark Rockefeller, Jr. sends LNG to China. We’ve explained how the gang is intricately linked to the Sea Change Foundation and its sugar-daddy investment banker funder, Nat Simons, who is enmeshed in all sorts of renewable energy investments.

It turns out, though, we are not alone. An excellent post on the Environmental Progress blog, which is focused on addressing “continued dependence on wood & dung in poor countries, and climate change” aggressively goes after the NRDC gang and lays out how the thieves work. It’s not a post that’s friendly to natural gas, but it is superb in documenting the thefts in a very compelling way, one that ought to get the attention of Preet Bharara as he pursues corruption in new York where the NRDC runs everything in state government.

The post at Environmental Progress is authored by Michael Shellenberger, who is apparently the sort of investigative reporter who ought to be working for some major media outlet. Why? Because he didn’t allow his own environmental bias slow his pursuit of the truth about the NRDC gang, which is all about gentry class thievery. He carefully puts together the evidence, some of which we’ve previously reported here, to make the case this gang of thieves is deeply involved in trying to shut down the zero-emissions Diablo Canyon nuclear power plant in California to steer business to its donors, officers and supporters.

Some of that business, according to Shellenberger, is natural gas business but, of course, it’s natural gas business far removed from the Catskills that the NRDC gang hopes to acquire lock, stock and barrel at depressed prices, which explains why it would be so opposed to it in New York while adopting a different approach elsewhere. It’s the same dynamic as the one that permits the Rockefellers to crow about divestment here while buying oil reserves in Russia. The real money behind the NRDC, though, is invested in renewables, where the government can be farmed as a crop and that’s precisely what Nat Simons is doing. 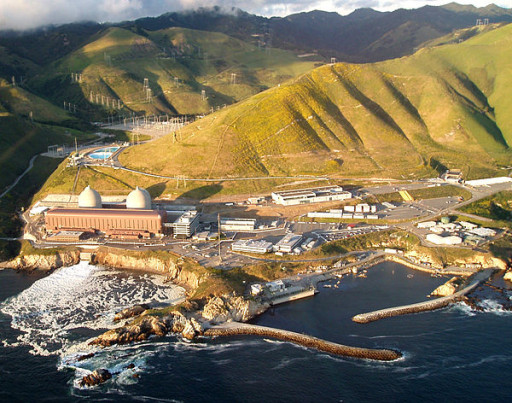 As Shellenberger explains, the NRDC was “the lead environmental organization that negotiated a proposal with Pacific Gas & Electric to close California’s last nuclear power plant [and] could significantly benefit financially from its closure, as could the trustees that govern the organization, and its donors.” This is because “the NRDC disclosed in a 2014 financial report that it had $7,710,276 million invested in four separate renewable energy private equity funds” and “Diablo Canyon contributes such a significant amount of power to the grid — about 8 percent of California’s electricity — [and] removing it could create profitable business opportunities” for these alternatives (and natural gas, of course).

Significantly, the NRDC board chair is Daniel Tishman, who is also Vice President at AECOM a developer of natural gas power plants (none of which are anywhere close to the Catskills, New York or even the Northeast), that is experienced in shutting down nuclear reactors and promotes its capabilities in solar, wind energy and even clean-coal. He stands to benefit from a Diablo Canyon shutdown, more of all these things being likely to be needed in the event.

NRDC has three Vice Chairs, one of whom is Max Stone, a managing partner at D.E. Shaw, an investment firm that on June 16, 2016, bought a solar farm in California that has a power purchase agreement with PG&E. If Diablo Canyon closes, PG&E may make many more such deals with solar farm builders…DE Shaw reported having $37 billion in investments as of March 1, 2016, and a portfolio of 23 wind and solar projects whose capacity totals 1,100 MW.

Then, there is Nat Simons, whose dark money Sea Change Foundation outfit has given the NRDC piles of money. This is where Shellenberger’s investigation gets very interesting:

One of NRDC’s largest donors is Nat Simons, an investor in solar, wind, biofuels and other renewable energy companies.

Simons contributed $14,879,000 to NRDC from 2009 to 2013 and specified that the donations be used to change energy and climate policies. In a 2009 public meeting about climate change and clean energy, Simons said  [the] “role of philanthropy is really to facilitate that process” of changing policies to accelerate the transition to renewables.

Finally, someone in the environmental movement is noticing what thieves these NRDC gang members really are. But, Shellenberger, offered still more, pointing out the NRDC annual report says this:

That fund is invested mostly in natural gas and oil, yet again illustrating the complete lie about we’re all being told about divestment by this group. The fund is even invested in ExxonMobil, which the NRDC gang is involved in trashing so as to force their XTO subsidiary out of their Catskill region investment in natural gas. Is obvious it’s got no philosophical problem with natural gas, unless it’s in its own backyard and threatens to raise land prices that would eliminate the ability to conduct its land scams. There’s a reason it invests in gas and oil, of course, and it’s simply that there are no real sustainable profits from renewables so dependent upon government subsidies that can disappear at any moment in constantly shifting political winds.

Yes, one must hedge bets and that’s what the NRDC gang is doing. It is determined to steal more land, make more money off renewables and continue with its hidden investments in gas and oil, here and overseas, while doing non-stop virtue signaling as a head fake. That’s the SOP for the NRDC gang of thieves and its criminal. Are you paying attention, Preet, because this is the nest for which you’ve been searching.

3 thoughts on “How the NRDC Gang of Thieves Steals Business”