A recent “Think About Energy” briefing in Carlisle, Pennsylvania brought home the reality of what the gas revolution has brought us via innovation and markets.

The “Think About Energy Briefing” series made a stop in Carlisle, Pennsylvania, on Thursday, April 24. With Pennsylvania natural gas production topping 6 trillion cubic feet in 2018, new natural gas-fueled power plants continuing to come online in the Commonwealth, and residential natural gas prices down roughly 30 percent since 2008, there was plenty on the session’s agenda. 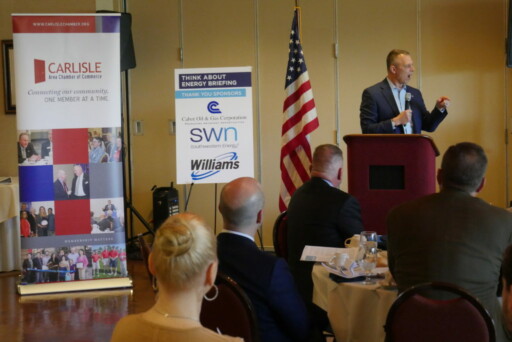 Hosted by the Carlisle Chamber of Commerce, the event examined all aspects of the natural gas industry, and the role of natural gas in Pennsylvania and the country’s energy future.

George Stark of Cabot Oil and Gas Corporation introduced the session, explaining the focus was truly to think about where our energy comes from. Stark provided a brief overview of Cabot’s operations in Northeast Pennsylvania, specifically Susquehanna County. He also stressed the importance of affordable and reliable energy is to our economy and way of life.

“Cabot only produces natural gas in Susquehanna County, Pennsylvania, and as a company, we’re the country’s fifth largest natural gas producer,” Stark said. “Cabot’s Pennsylvania-produced natural gas is improving our air quality, economy, and it’s even powering Japan – this is the conversation we’re having today.”

Steve Cook of UGI Utilities highlighted UGI’s growth over the past decade, commensurate with the state’s robust natural gas production.

“For many manufacturers, energy is their number one cost input. So, Pennsylvania’s natural gas revolution is tremendously exciting for our industry and for the future of the entire commonwealth.”

Taylor went on to observe a shift in society’s recognition of where energy and electricity comes from.

“People flick the switch and they think they’ve turned the lights on, when all you did is close a circuit that an electrician built in your home, to connect you to lines that the lineman strung, to connect you to the power plant that is fueled and staffed, and of course all those things had to be made and built and we’ve stopped thinking about that – it’s a significant societal problem.”

Taylor went on to discuss efforts in Harrisburg now pushed by the nuclear industry to overturn competitive markets. He explained that proposed legislation would give a mandated carve out of 50 percent of the marketplace to nuclear generators, allow these plants to keep the $9 billion they previously received, and the result would be the loss of electric competition and annual electric bills going up by $500 million or more a year – “I’m against that,” Taylor said. 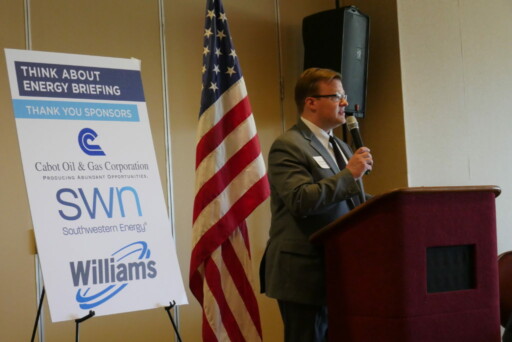 “The natural gas industry has saved half the Commonwealth of Pennsylvania single-handedly,” Congressman Perry said. “The natural gas revolution was fueled by the innovation of the competitive market, not by government picking winners and losers and distorting the market.”

Congressman Perry also addressed Russian natural gas fueling New England as he addressed threats to the natural gas industry. The number one threat is lack of new pipelines, followed by threats such as market distortions, the regulatory environment, and the keep it in the ground movement.

“Our great economy, our great lifestyle is dependent on the free flow of low-cost energy, that’s America,” said Perry. “We’re competing globally. We need to be focused on threats.”

Read more about the Carlisle Think About Energy Briefing in the Carlisle Sentinel’s coverage: “Congressman Scott Perry: Natural gas the ‘Green New Deal of the last 10 to 15 years’”.