A recent court decision from New York, of all places, exposes fracking junk-science and quackery for what it is – speculative nonsense and BS.

Fracking junk-science is everywhere, of course, put out by multiple entities funded by the Park Foundation, Rockefellers and other special interests, including trial lawyers hoping to cash the paper on which it’s written for greener, higher-quality material, while the US dollar still has some value in it. It’s easy to throw up one’s hands in exasperation at the sheer silliness of much of it (e.g. the recent Compendium assembled to lay the groundwork for Cuomo’s decision), but truth does tend to ultimately prevail in places as politically correct and conventionally wise as New York. The recent decision in a case against Anshutz Exploration, the company whose activity led to the Dryden home rule case, proves that justice, over time, trumps fracking junk-science.

A Win for the Good Guys in New York 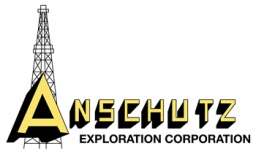 I confess to not really following this case until my colleague Jim Willis ran with a nice story on it the other day (he was tipped off by Andy Leahy at NY Shale Gas Now). Jim included access to the court decision in his summary and peaked my interest in reading the case, which was well worthwhile. Here’s some of Jim’s incisive analysis as background:

In 2010, at the beginning of widespread public consciousness about the Marcellus Shale and a time when drilling was just taking off in Pennsylvania, a New York City personal injury law firm smelled opportunity with a group of landowners in Chemung County, NY. Nine families living in Big Flats claimed that nearby gas drilling from Anschutz Corporation had “contaminated” their water wells.

The NYC law firm claimed in a press release (falsely) that the two wells drilled by Anschutz had been fracked…The case started out in a lower court, called Supreme Court in New York (go figure) and eventually ended up in U.S. District Court in Western NY. Last week, U.S. District Court Judge Charles Siragusa dismissed the case against Anschutz…

In brief, here are the facts:

* Anschutz drilled two gas wells into the Trenton Black River Limestone (not a shale layer) in Big Flats (Horseheads/Elmira area). The only well named in the lawsuit, Dow #1, was drilled nearly two miles vertically and then nearly two miles horizontally. But it was never fracked–it couldn’t have been since there was/still is a moratorium on high volume horiztonal fracking.

* During construction, an inspector from the state Dept. of Environmental Conservation inspected the well more than 50 (!) times to ensure it was done right.

* Both the DEC inspector and Anschutz themselves report there were no problems during drilling and construction of the well. Everything was done right–to the letter of the regulatory law.

* More than two months after Dow #1 was completed, two of the families in the lawsuit, who live a half mile from the well, reported turbidity in their water–methane contamination. They reported it to the Chemung County Dept. of Health.

* The DEC inspector visited with the families, ran a battery of tests, and conducted his own research. Using chemical “fingerprinting,” the DEC inspector found that Dow #1 was not the source of methane in their water wells. His research turned up the fact there is a well-known and decades-long history of methane in the water wells in that area. In other words, these families (and a sleazy NYC law firm) took advantage of nearby drilling to try and drill Anschutz for money.

The families (“plaintiffs”) tried to use an anti-drilling “expert” to counter Anschutz’ arguments and create a link between the well and their water supplies where none existed. The court threw out the testimony from the expert because he didn’t use actual, real science. Instead, he used theory and conjecture.

The court further threw out the entire case–it won’t go to a jury trial and the families (and sleazy NYC law firm) get zippo–after dragging Anschutz through the mud for four, long years. We think the families and their law firm should reimburse Anschutz for legal fees as recompense for the fraud they tried to perpetrate!

Jim’s criticism’s, if anything, were too polite. What he called “theory and conjecture” was pure BS, the type of fracking junk-science that gets the attention of naive and empathetic reporters at the outset of a story and, four years later, when few remember, is exposed for what it is. That’s what happened here and Judge Siragusa (a Federal Court judge, by the way, which provides a good clue as to the property strategy for fighting the Cuomo decision) lifted the veil to reveal the ugly face of fracking junk-science.

The Ugly Face of Fracking Junk-Science and It’s Lawyers

Judge Siragusa, appointed to office by Bill Clinton, made his points with the kind of finesse that is more typically associated with a rapier sword. Before getting to those points, though, it’s worth noting who brought this case on behalf of plaintiffs. It was the Fifth Avenue law firm of Napoli Bern Ripka Shkolnik & Associate, LLP – the very same ambulance chasers who handled the Dimock cases and came away with little or nothing after their hysteric accusations in that matter also proved to be false following an EPA investigation.

They’re the sort of lawyers who let their clients parade around with jugs of brown water they claimed contained water contaminated with weapons-grade uranium. Perhaps that’s why the story of their own law firm reads like the front page of the National Enquirer (must reading – more here). The firm’s principals, to no surprise, have served on the Board of Directors of the New York Trial Lawyers Association (where Jay Halfon, fractivist lawyer in chief for the Park Foundation and Rockefellers, once ran things). They’ve also acted as chairs for trial lawyer seminars on how to turn fracking complaints into dollars. 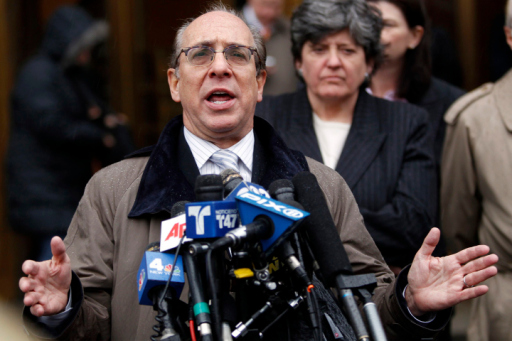 No, the world of trial lawyer fractivism isn’t pretty. It’s unabashed opportunism, in fact, and it depends upon having a bevy of “experts” to certify to the fracking junk-science. Hudson Valley hydrogeologist Paul A. Rubin was the expert they used in this instance. I’ve never met Rubin and have no quarrel with his qualifications to do hydrogeology but he is, clearly, a plaintiffs’ expert and big-time fractivist. His clients have included quite an array of fractivist groups, summarized on his website under the heading of “Gas Drilling Related Reports, Presentations & Interviews.” They include:

The Delaware Riverkeeper (dirty tricks arm of the William Penn Foundation) has figured prominently is his work. He was, too, very much involved in the Dimock fiasco. He also cites with pride a presentation he made in West Virginia the final recommendation of which was to “enact a temporary moratorium to be followed by a permanent statewide ban on hydraulic fracturing.”

“Speculation Is Not Sufficient to Establish Causation”

It’s not hard to know where the guy stands. He’s anything but independent. That, of course, doesn’t disqualify his opinion, if it’s based on science, but Judge Siragusa clearly had his doubts. Here are some of the best tidbits (emphasis added):

Without explaining how drilling a bore hole, protected by a steel and cement casing, connected the gas at about 10,000 feet with Plaintiffs’ shallow wells, Rubin relies on the temporal proximity of the drilling and the water problems. “A court may conclude that there is simply too great an analytical gap between the data and the opinion proffered.” Id. Such an analytical gap appears here. Rubin has posited a possible means by which gas could migrate from the deep well to Plaintiffs’ water wells, but his conclusion is one at which a lay person could also have arrived by the simple process of relating water well problems to the timing of the gas well drilling.

…during his deposition, Rubin confirmed that he did not have sufficient expertise “to say that there was something [Anschutz] should have done but didn’t when they constructed…

Rubin concludes that “[w]hile the exact lateral and vertical extent of high-angle and strike-slip faulting present is not known, gas migration to Plaintiffs’ wells documents the connection.” …This circular reasoning fails to reveal a sufficiently rigorous analytical connection between Rubin’s methodology and his opinion. It is as if he is saying that the temporal proximity of the well water problems to Anschutz’s exploration proves that Anschutz’s operations are the cause, and that conclusion is documented by the presence of natural gas in Plaintiffs’ water wells…

However, even if Rubin was qualified to testify in this case, he merely speculates that deep well gas has migrated up through as yet unidentified fissures or faults into the same rock formations, thousands of feet away from Plaintiffs’ water wells…

Rubin’s speculation is not sufficient to establish causation. See In re Agent Orange Product Liability Litigation, 818 F.2d 187, 193 (2d Cir. 1987) (“A court addressing a motion for summary judgment based on the military contractor defense must thus look to the weight of scientific evidence in determining the existence of a hazard triggering the duty to inform. The hazard cannot be established by mere speculation or idiosyncratic opinion, even if that opinion is held by one who qualifies as an expert”)…

Anschutz has shown that Plaintiffs will be unable to meet their burden of showing that Dow #1 caused methane infiltration into their wells. Without that critical proof, none of their claims can survive.

Rubin’s testimony during his deposition, excerpts of which are cited by the judge, is another must read for anyone who wants to understand just how shallow the fractivist arguments really are. Speculation might suit the whims of your average reporter on the staff of similarly inclined newspapers, but it didn’t cut it with this Federal judge, who saw through the charade in short order once he had the case.

US Constitution etched in glass at US Courthouse in Buffalo, NY (Western District)

Sadly, though, it took four years to get there, while the fracking junk-science occupied the front pages. It was Dimock all over again. Justice was served, but justice delayed is another form of injustice, of course. Still, each time justice is delivered, it exposes a little more fracking junk-science. It also reveals how interconnected the fractivist special interests are and how small a group of people they represent, with the Delaware Riverkeeper and its wealthy patrons and their trial lawyers friends accounting for the leadership. It’s the same people doing the same things, for the same reasons, everywhere; and greed, junk science and power are at the heart of it all.