It’s time for some environmental justice – for landowners and rural Americans who are being exploited by environmental purists and wealthy urban elites.

Scientific American, once a respected journal, long ago surrendered to political correctness and has, for some time now, been a reliable purveyor of fractivist junk science on its blog. It’s latest fractivist venture is the publication of a ludicrous study intended to grab cheap headlines about fracking and something called “environmental justice.” It’s a self-evident joke when anyone anyone takes a moment to examine the premises underlying the study. If there were really any such thing as environmental justice it wouldn’t consign the economic needs and rights of landowners and other rural Americans to environmental purists and rich urban elites to dispense. 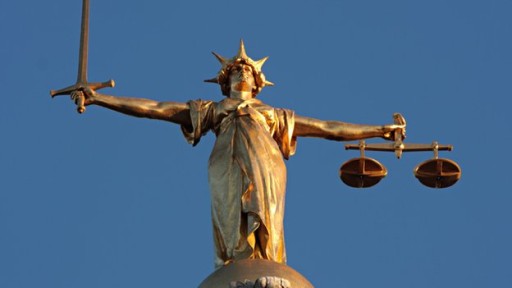 The study in question, titled “Spatial distribution of unconventional gas wells and human populations in the Marcellus Shale in the United States: Vulnerability analysis,” was conducted by Clark University and first published in Applied Geography, another journal (behind a paywall). Here’s the abstract (emphasis added):

Modern forms of drilling and extraction have recently led to a boom in oil and gas production in the U.S. and stimulated a controversy around its economic benefits and environmental and human health impacts. Using an environmental justice paradigm this study applies Geographic Information Systems (GIS) and spatial analysis to determine whether certain vulnerable human populations are unequally exposed to pollution from unconventional gas wells in Pennsylvania, West Virginia, and Ohio. Several GIS-based approaches were used to identify exposed areas, and a t-test was used to find statistically significant differences between rural populations living close to wells and rural populations living farther away. Sociodemographic indicators include age (children and the elderly), poverty level, education level, and race at the census tract level. Local Indicators of Spatial Autocorrelation (LISA) technique was applied to find spatial clusters where both high well density and high proportions of vulnerable populations occur. The results demonstrate that the environmental injustice occurs in areas with unconventional wells in Pennsylvania with respect to the poor population. There are also localized clusters of vulnerable populations in exposed areas in all three states: Pennsylvania (for poverty and elderly population), West Virginia (for poverty, elderly population, and education level) and Ohio (for children).

Isn’t it fascinating when folks write about things being controversial with the obvious intent of making them so? That’s hardly the worst of this study, though. It was clearly designed to feed the fractivist trough with cheap headlines, which it got from Scientific American, who did nothing more than reprint a piece from Environmental Health News. The latter quotes, of all people, the Energy Justice Network, a bunch of extremists about whom we’ve written several times, including here, here and here. They’re funded by the Earth Island Institute, which is funded by the Rockefellers, et al.

The Environmental Health News article’s bias was revealed in the the title of “Poor in Pennsylvania: You’re Fracked” and the sub-title is factually incorrect from the very beginning. It says “Hydraulic fracturing wells and the pollution from them are more likely to impact poor communities in Pennsylvania” even though there is zero evidence of the hydraulic fracturing process polluting a groundwater supply anywhere in the US. The author tried to cover that base by citing a Bradford County study but that study, if you can call it that, found nothing but ordinary household chemicals and no connection to fracking.   Environmental Health News simply uses one faux study built upon another to create an echo chamber. It’s an ingrained part of the fractivist strategy, as Energy In Depth so effectively documents here. 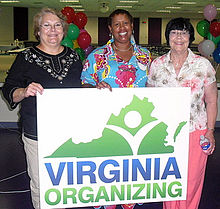 Virginia Organizing is remarkable because the supposedly humble grassroots group receives millions in donations from major foundations – primarily the Marisla Foundation, which gave nearly $1.3 million from 2010 to 2012 and Sea Change, which donated $600,000 in 2010 and 2011. They have also received hefty funding from the Tides Foundation, the Rockefeller Family Fund, the Park Foundation, as well as others. Additionally, they have established more than two dozen fiscal sponsorships, which they dub “partners” on their website and filings. One of their sponsored charities is Environmental Health News (EHN), which claims to be an independent, nonprofit news organization founded in 2002. Nowhere on its website is the relationship with Virginia Organizing advertised, and it is only disclosed on the donation page, where they instruct potential donors to make checks payable to Virginia Organizing.

This is the echo chamber from which the fractivist yelps emerged on the pages of Scientific American. It’s the usual suspects. There’s never anyone else. So much for this once proud magazine’s credibility in today’s politically correct world. It’s also worth mentioning this wasn’t a study involving a collection of top-shelf scientists; rather, it was Liyao Huang’s master’s thesis. She is a GIS professional and, ironically, now works for Amec Foster Wheeler, a supplier of oil and gas services. Funny how she was happy to secure economic benefits for herself from the oil and gas industry after suggesting all the horrible things it might mean for others, isn’t it? 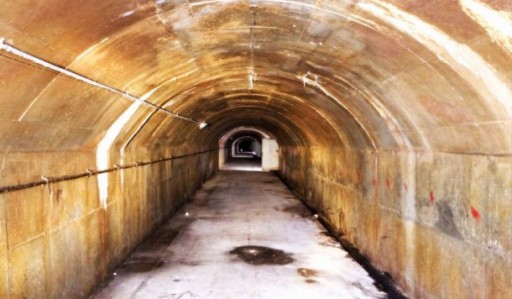 There are numerous problems with Huang’s work, beginning with her assumption of “pollution from unconventional gas wells” for which she cited a collection of other half-baked junk science studies from the likes of fractivists such as Theo Colburn, Bob Howarth and Tony Ingraffea. She even went so far as to cite a study from 2013 indicating “stress was the most commonly reported health effect, with sources of stress listed as ‘denied or provided false information,’ ‘corruption,’ ‘concerns/complaints ignored’ and ‘being taken advantage of’; the lack of transparency between the hydraulic fracturing industry and the local communities is one of the root causes of stress.” This is science?

Well, yes, according to Liyao Huang, that’s the evidence demonstrating the pollution adversely impacting the poor. It’s garbage and it forms the foundation of her master’s thesis. She just assumes it, goes from there and attempts to correlate wells with conditions of poverty. Even so, she concludes there was environmental injustice only in Pennsylvania with results from West Virginia and Ohio not showing any evidence and, get this, significantly lower proportions of vulnerable populations than non-exposed tracts. Didn’t read that anywhere else did you?

The fundamental problem with Huang’s theory, though, is the premise; that poor populations won’t benefit from natural gas development. The evidence is overwhelming that they do, with more jobs, higher wages, more economic activity overall and a higher quality of life from better access to health care, not to mention reduced air pollution from the greater availability of clean-burning natural gas. We have thoroughly documented these things time and again with mountains of data and the only comeback is a bunch of junk science studies of zero credibility and reliance on the ever-weakening climate change theory which, even if true, also works to the advantage of natural gas. Ms. Huang is essentially arguing it’s harmful to do economic development in poor areas.

It’s a reminder of the bizarre nature of academic and government logic. Many years ago I was hired as a consultant to offer expert witness testimony for a young man who purchased a van truck and wanted to start a moving company, for which he needed a “certificate of public convenience and necessity” from the Public Utility Commission(also bizarre in itself). I was hired to document the need and so assembled a pile of statistics demonstrating the growth of the area involved and the number of people moving.

Logical, huh? Well, not in government. The administrative law judge handling the hearing said “if their already successfully moving, then there is no evidence of need” which, taken to the logical conclusion, meant the best evidence of need in the government’s eyes was absolutely nothing happening, which is the exact opposite of what anyone with an ounce of common sense would quickly realize. This is the functional equivalent of Ms. Huang’s thought.

Environmental justice is a wholly fraudulent concept invented by the sort of people who think the best thing that can happen to a poor area is not to economically develop it, but, rather, for them to move into it, replace the locals, spread their wisdom around and ensure nothing happens that doesn’t contribute to their idyllic vision of their new backyard. It’s all about substituting their conscience’s and their preferences for those who need to make a living and raise families in the community.

But, then again, they’re not about community; rather, they’re focused on retreating to higher ground where only like-minded types are able to reside. Environmental justice is just a nice way of telling the long-time residents not to do anything there that might change what the newcomers like while maintaining the pretense the latter actually give a damn about the former. Ms. Huang bought into this line of deceit, no doubt innocently, and perhaps now she’s rethinking it with her new job in an oil and gas support industry. 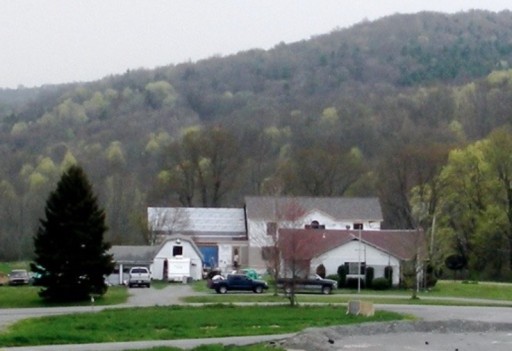 New Pennsylvania house going up behind old as a replacement home – built with shale gas income by landowner – the purest form of environmental justice there is.

If there’s any such thing as true “environmental justice” my definition is this: that environmental purists and rich urban elites who want to “strategically parkify” rural America (and Canada) don’t get to deny much needed economic development to those areas as their way of running the commoners out of the country and assuming it for themselves. Yes, that’s environmental justice, if there be any, and I want some of that for us.

14 thoughts on “How About Some Environmental Justice for Us?”