The lawsuit challenging DRBC authority is moving ahead, having taking a big leap forward toward the ultimate decision by the 3rd Circuit Court of Appeals.

Only 10 months ago I reported on the launch of what I described as a “beautiful thing” – a lawsuit against the Delaware River Basin Commission (DRBC) for arbitrarily absconding with the rights and property of Upper Delaware River basin landowners. The case went to Federal Court in Scranton, where the DRBC and its bosom buddy the Delaware Povertykeeper (a/k/a Riverkeeper) challenged the challenge.

The DRBC argued for dismissal on the astounding theory it hadn’t taken any real action to stop drilling. The judge soundly rejected that bizarre theory and used 90% of a 44 page opinion doing so. He then moved the case directly to the Court of Appeals by dismissing the case on language that had yet to be debated, rocketing the case forward for a real decision by the court. No one reading the opinion (please do) can come to any conclusion but that judge rejected DRBC reasoning and kicked the case upstairs. 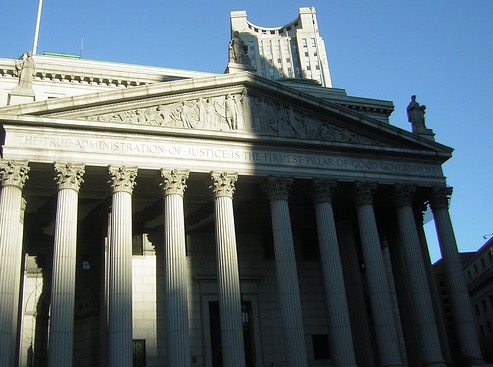 Here is a self-explanatory news release from Wayne Land and Minerals Group, the plaintiff in this case, which provides more insight:

The Wayne Land and Minerals Group (WLMG) reacted today to a recent decision by Federal District Court in Scranton to dismiss, for the time being, its lawsuit against the Delaware River Basin Commission (DRBC). The matter will now go straight to the Third Circuit Court of Appeals without the necessity of first debating merits in District Court. Moreover, the initial decision, according to WLMG, was a rejection of DRBC arguments.

“We are thrilled the District Court agreed with WLMG and pointedly rejected every argument advanced by DRBC as it attempted to shield its unlawful conduct from meaningful review,” WLMG representative Curt Coccodrilli stated. “While the District Court did assert any use of land in the Basin that involves water is a “project” subject to DRBC review, we are absolutely confident that particular conclusion will be rejected by the Court of Appeals, as the merits of such a conclusion were never argued but will be on appeal. It is simply a matter of time.”

“We will appeal the part of the court’s ruling adverse to WLMG and are excited that, after a decade‐long odyssey, the question of the DRBC’s authority will finally be addressed by the Court of Appeals and, at long last, justice will be served,” he said. Key to understanding what happened, in the opinion of WLMG, is that the District Court moved the ball way ahead by effectively granting a motion that was never filed or argued. This provides a unique opportunity to make those arguments sooner rather than later at the Court of Appeals. Meanwhile, WLMG is greatly encouraged the District Court found DRBC witnesses and its position, that it had somehow not yet asserted jurisdiction over natural gas operations, to be nothing less than incredible.

Indeed, the District Court was very critical of the DRBC, offering the following observation:

“Other factors, too, weigh in favor of concluding that this action is ripe for judicial review. Principal among those factors is the DRBC’s somewhat confounding and steadfast refusal to admit in this case, contrary to its conduct throughout the better part of a decade (including multiple determinations from its Executive Director and the imposition of a moratorium), that it has determined that well pads, exploratory wells, hydraulic fracturing and related activities are subject to its review… The DRBC’s conduct throughout this litigation and over the past decade has been, at best, contradictory and confusing, warranting a clarification of the legal relationship between Plaintiff and similarly situated individuals and the DRBC.”

The Court of Appeals, according to Coccodrilli, will provide WLMG with an opportunity to be heard on the question and will have the benefit of a comprehensive analysis of the Delaware River Compact, and the circumstances surrounding its ratification, when it decides the issue. “There will be no information vacuum this time,” he suggested.

“That can only lead to one conclusion; treating any land use involving water as a ‘project’ would necessarily lead to absurd results. If the Court of Appeals were to buy that argument, it would effectively be declaring the DRBC is entitled to regulate anything and everything – your farm, your business, your home – solely because you use water. The last thing we need is another layer of government giving itself super-regulatory authority over land use.”

Having read the opinion through, I agree with Curt’s observations. There can be no doubt this is not a decision desired by the DRBC. They hoped for a decision to dismiss the case based on their wacky theory no decision had really been made, even though there was a moratorium and penalties imposed on those who attempted to proceed without permits. The DRBC’s strategy is one of maintaining the matter perpetual limbo and the court didn’t buy it, not one iota of it. Everything Carol Collier said, everything Steve Tambini said and everything Attorney William Warren argued was rejected as confounding, confusing and contradictory. Read it – all of it. 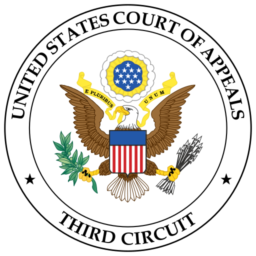 The importance of this case can’t be overstated. While it is ostensibly about the right of landowners in one region to develop their mineral resources, it is much, much more than that. It’s about the right of a bureaucracy operating under the umbrella of a federal-state compact to assume sovereignty over the members who created it. It’s about an out-of-control agency seemingly responsible to no one, extending its power at will through expansive interpretations of language everyone once agreed upon.

It’s about agencies who decide they don’t need to decide, who imagine they can perpetually hold the power of life and death over the rest of us by merely pontificating that they’re still thinking about it. It’s about developers of critical pipeline projects of national infrastructure importance being forced to pretend they’re water projects for the sake of enduring abuse from radical fractivists trying to stop them. It’s about what’s happening far too many places in America as regulatory agencies are used as foils on behalf of these special interests. It’s about whether such agencies can take on a life of their own against the will of their creators to act as agents of wealthy foundations who fund them as well their supposed enemies in a playact intended to deceive the public.