The Wayne Land and Mineral Group case against the Delaware River Basin Commission is one that should get the support of every believer in property rights.

The Wayne Land and Mineral Group (WLMG) is a landowner in Wayne County, Northeastern Pennsylvania, in the corner of the Commonwealth, wrapped 270 degrees by New York State and part of the Delaware River basin. Notwithstanding this back forty location, though, it has struck a blow for the property rights of landowners everywhere, not to mention the sovereignty of state government.

WLMG wants to develop its natural gas resources and is prevented from doing so by a Delaware River Basin Commission (DRBC) under the thumb of wealthy special interests and politically opportunistic governors from other states. The metastasizing mission of this regional agency, originally intended for narrow purposes, combined with an element of malfeasance, has made it impossible for WLMG to move. It sued and is now in the Third Circuit Federal Court of Appeals defending not only its own property rights but those of every American landowner subject to the whims of some regional multi-state agency created by compacts among the states (often with Federal involvement as well, as is the case with the DRBC).

If you care at all about property rights, this is the time to join the cause because this case is that important. [Note, I originally typed “If you acre at all..” and an alert reader caught it and loved it. A Freudian slip, obviously.]

You can read all about the case, Wayne Land and Mineral Group, LLC vs. Delaware River Basin Commission, here, here and here. One of our well-informed readers, a lawyer by trade, boils it down to the basics and I offer his observations below, as he makes a compelling case why this case matters to believers in property rights:

A bit of background:  There is a significant shale play that runs diagonally throughout most of Pennsylvania.  In fact, it comes to the surface in Marcellus, New York and is therefore called the Marcellus Shale Play.  Properties throughout Pennsylvania that are lucky enough to have Marcellus Shale underneath have either been leased and drilled or leased for future drilling.

This shale gas industry is a boon to the Pennsylvania economy.  It has brought a tremendous amount of jobs to the state and has allowed many farmers of this state to remain in the farming business and hold on to their properties simply because of the royalties/lease payments that they have received.

The only landowners who have Marcellus Shale beneath their land and who have not had their land drilled for natural gas our the landowners nearest to the Delaware River.  The river itself, and its watershed, is subject to a federal compact by and between the states of New York, New Jersey, Pennsylvania, and Delaware.  Representing the federal government in this compact is the Army Corp of Engineers.

The Compact, and the commission set up under it, was established for the primary purpose of allocating water between the party states.  The governing body established under this Compact is the Delaware River Basin Commission.  For 56 years the Delaware River Basin Commission (“DRBC” and/or “Commission”) has, in fact, allocated water withdrawals among the party states and has limited its review of projects, as that term is defined by the Compact, to large water withdrawals, energy plants, water treatment plants, and wastewater treatment plants.

Now, due to the incredible influence of an extremist environmental group — The Delaware Riverkeeper Network, funded by the same William Penn Foundation as some DRBC activities — the Commission has taken a position that all shale drilling pad projects within the river basin footprint are subject to Commission jurisdiction and review.  Drilling pad projects are already reviewed, permitted and regulated by the Pennsylvania Department of Environmental Protection.

Notwithstanding, and without any new congressional authority, the Commission now asserts that it has jurisdiction over any and all gas well pads.  WLMG has sued the Commission and, in addition to interpreting the Compact, the issues at play are individual property rights and state sovereignty.

The Commission, effectively controlled by anti-development special interest groups (Delaware Riverkeeper and William Penn Foundation, et al) has asserted virtually unlimited power to review, approve, regulate and even outright ban the use of private property in the Delaware River Basin.

The Commission perceives that its authority displaces and is supreme to laws adopted by our elected representatives who can be held accountable at the ballot box for their actions, and has the sole power to decide whether, when and how the residents of the Basin are permitted to use their private property.

To achieve such unprecedented power, the Commission, under the guise of protecting the water resources of the Basin, had decided that any use of land, or related activity in the Basin, that somehow involves water is a “project” that it has the prerogative to review and approve — if it believes that the proposed use of land, or related activity (whether undertaken by one or by a hypothetical collection of landowners across the Basin) may have a substantial effect on water resources. 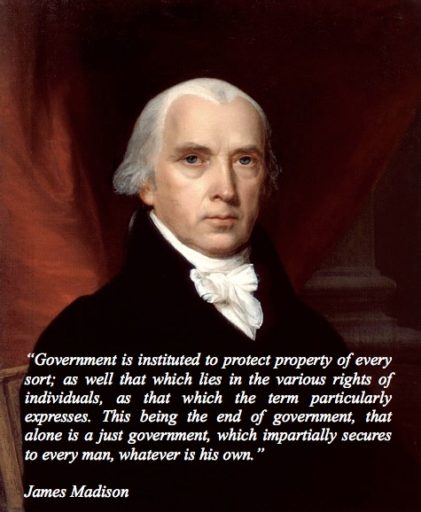 Yes, for those of us who believe in freedom, individual rights, self-government and Constitutional Law, this case matters. It ought to attract the support of every property rights group, legal foundation and believer in liberty. Those groups who wish to join in this litigation can do so by filing a friend of the court brief. Documents associated with the case can be found on-line or by contacting me for more information, as I have been following the case closely.

The detailed captions for the case for those of you researching it are as follows:

14 thoughts on “If You Believe in Property Rights, Then This Case Matters”