Vic Furman makes some practical observations about rising sea levels and Al Gore’s hyperbole on the subject of global warming and the role of natural gas.

Al Gore’s movie an “Inconvenient Truth” won two academy awards along with other less prestigious awards. His movie was based on science! Or was it? In the movie he shows large chunks of glaciers falling off the main body of ice splashing into an ocean filled with already floating chunks of ice. He predicted rising sea levels that will flood costal cities by 2015 making once dry coastal urban cities into the new Venice where boats are used to navigate waterways between buildings instead of the automobile! Some perspective is way overdue.

Al Gore found scientists with charts to show out-of-control sea level risings. He also, of course, said the polar bear population was then at 5,000 and the species was in danger of disappearing; although, today, the polar bear population is estimated at nearly 20,000 – 25,000 and growing!  If you, as an individual, take the time to question this movie you will find, as I have, that while global warming may be real, it has much less to do with mankind than you’ve been led to believe. The evidence is buried thousands of feet beneath our feet in the Marcellus and Utica shale plays.

How is this proof you may ask? Well, let’s look at the evidence. The Marcellus and Utica shale plays, proof the seas have been rising for billions of years, are merely part of the now deep underground world that provides so much of our energy. Shale and other natural gas resources are to found across the continents. 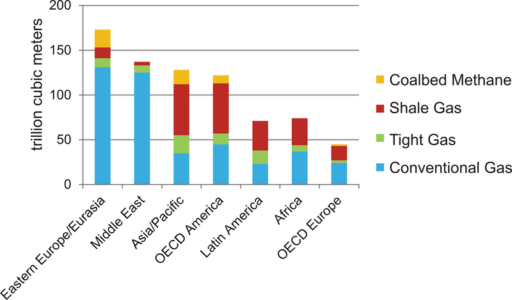 Distribution of conventional and unconventional natural gas resources in the world´s regions (Data from: Golden Rules for a Golden Age of Gas, IEA, 2012).

Like oil and coal, natural gas in shale’s has, essentially, formed from the remains of plants, animals, and micro-organisms that lived millions of years ago. Though there are different theories on the origins of fossil fuels, the most widely accepted is that they are formed when organic matter (such as the remains of a plant or animal) is buried, compressed and heated in the earth´s crust for long time. In the case of natural gas, this is referred to as thermogenic methane generation.

What this means is that here in the Northeast hills and mountains that are today thousands of feet above sea level were one once at the same plane. Man would have drowned in most places we now know had he walked this earth millions of years ago, before the term “carbon footprint” was thought up.

Yes, some scientist have now agreed upon and written boatloads of peer reviewed papers on climate change. They have decided man has polluted and threatened the existence of an earth billions of years old. They suppose we’re in danger of change that will destroy us as a result of the last two centuries of fossil fuel use.  Hog wash!

Shale proof of the former oceanic activity in our backyard lies just a few feet beneath the surface of my home. When digging out my foundation in 1999, I had found what others in the northeast have often found at depths of less then six feet whenever they’ve dug into the earth; sedimentary rock formations fossilized with fishbone and sea shells. It is proof much of the earth was once a great body of water (it still is but less so).

Those remains of plants, animals, and micro-organisms that lived millions of years ago. are evidence Pennsylvania, New York, Ohio and much of the USA, were once an ocean, land having later have risen up from it.   Have you ever found rocks like these while digging in your back yards or hiking the peaks of the Adirondacks, I have! 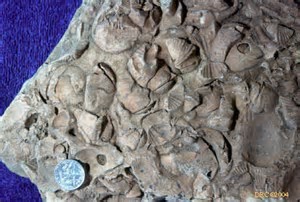 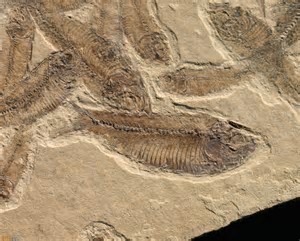 The TV weatherman who tells us its going to be sunny and 70 degrees tomorrow often attributes his or her forecast to science, but it’s not like they ever wrong.  I believe the earth is getting warmer. I believe, too, sea levels are rising. But, anyone who thinks the last 200 years of fossil fuel use has effected the earth more than the last few billion years of the of biological life and geologic change has fallen for the science of fear mongering, otherwise known as doomsday predicting. Perspective is essential. Fossil fuels have made civilization possible and shale gas is now leading us ahead with ever declining impacts on the earth. 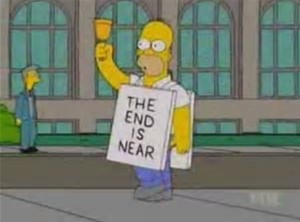 You might say it’s an even deeper inconvenient truth for the fear-mongerers.

3 thoughts on “An Even Deeper Inconvenient Truth”