This post from last week on Marcellus Drilling News perfectly captures the captivity of the DRBC by special interests together with its mad pursuit of power.

The Delaware River Basin Commission (DRBC) has been co-opted by Big Green groups to do their bidding. The latest example is a letter sent by DRBC to the Federal Energy Regulatory Commission (FERC), arrogantly telling FERC that the DRBC has the power to review the PennEast Pipeline project–to pass judgment on whether or not (and how) it gets built. That authority lies solely with FERC. 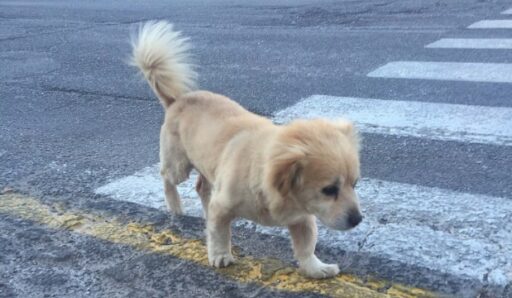 THE Delaware Riverkeeper is the little ugly tail that tends to wag the DRBC dog. Back in May 2018, Riverkeeper began jerking DRBC’s chain about PennEast.

Later in 2018 the dysfunctional DRBC responded to Riverkeeper’s prodding by filing a complaint about the PennEast project with FERC, only to find out they didn’t file it properly, so it never got read.

NJ is now controlled lock, stock, and barrel by radical leftist Democrats who oppose the PennEast project. The state litigated to prevent PennEast from building across any land owned or controlled by the state. PennEast has appealed the court ruling all the way to the U.S. Supreme Court. We’re still waiting to hear if the Supremes will agree to hear it.

Meanwhile, in order to actually get the PA portion of the pipeline built, PennEast filed a revised plan to split the project in two–Phase 1 to get built in PA, Phase 2 in NJ.

PennEast previously filed an application with the DRBC to review the project, which we don’t think was necessary, but whatever. PennEast “seeks to work cooperatively with all interested parties” according to spokesperson Patricia Kornick. Given the portion of the pipe that will travel through DRBC jurisdiction is located in NJ and not in PA, PennEast withdrew (for now) its application with the DRBC in February, which set them off.

Now the DRBC dog, being wagged by the Riverkeeper tail, is back barking that they still need to approve the project anyway–even the portion in PA.

Editor’s Note: Here’s the thing; the DRBC arguably has no authority whatsoever to regulate the PennEast pipeline. A pipeline is not a water project and the DRBC only has rights to regulate water projects. It’s really that simple.

It’s what the Wayne Land & Mineral Group (WLMG) lawsuit against the agency is all about; what “for the conservation, utilization, control. development or management of water resources” in the definition of “project” means. The case is still working its way through the Federal Court system, but the Third Circuit Court of Appeals has already stated the following:

No matter how “reasonably and liberally” we construe The Compact’s terms, we cannot ignore that the word “for” must have some purposive meaning and limiting function. Doing so would sweep nearly any activity that happens to use Basin water into the Compact’s definition of “project,” which could potentially include the construction of a new skyscraper in New York City or a small housing development in rural Pennsylvania. Even ignoring the word “for,” however, there appears to be a boundary on the Commission’s authority to review development in the Basin, since § 3.8 only allows the Commission to review projects “having a substantial effect on the water resources of the [B]asin[.]”

These words strongly suggest the DRBC has zero authority to regulate any pipeline, let alone one that doesn’t even propose to cross under the river at this point. PennEast would be wise to join in the lawsuit.