Is justice for DRBC region landowners on the horizon? A lawsuit has been filed against the agency and it’s a beautiful thing; compelling and elegant.

Finally. It’s happened. The Delaware River Basin Commission (DRBC) is, at long last, being sued for its outrageous caving to political pressure in failing to adopt already prepared regulations that, while onerous, would have probably allowed landowners to conduct lawful development of their mineral assets. The agency’s power grab is being challenged and, if successful, the lawsuit will forever change the role of the DRBC as it has evolved in recent years. Why? Because the lawsuit directly addresses the gaping hole that exists in the DRBC’s claim of authority to regulate projects with only tangential relationships to the mission specified in the Delaware River Compact; the regulation of water resources. It is a stunningly simple and compelling case – a beautiful thing.

The DRBC has, since November, 2011, been sitting on already prepared regulations to govern natural gas development in the Delaware River Basin with only the slightest pretense of ever taking action on them. This has put landowners in an impossible situation where obtaining state permits to develop natural gas assets would be a pointless exercise, despite their willingness to not only comply with all state requirements but to also obtain their water, and to manage all wastewater generated, using properly licensed and/or permitted entities. Simply put, the DRBC’s assertion of authority to regulate the land use activity itself, as opposed to the water resource, is the only thing standing in the way of conducting the entirely lawful business of natural gas development in the basin. 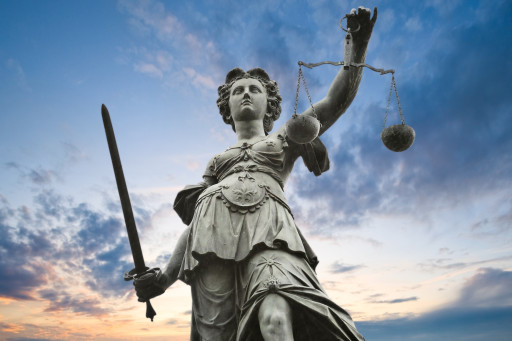 A lawsuit directly challenging this assertion of authority has been filed in Federal court by the Wayne Land and Mineral Group, LLC (WLMG). It is Wayne County, Pennsylvania landowner (NGN guest blogger Curt Coccodrilli is spokesperson for the group) desiring to drill an exploratory gas well with a view toward developing and marketing natural gas resources. The suit, filed today by Attorneys David R. Overstreet and Christopher R. Nestor of Overstreet & Nestor, LLC and Attorney Jeffrey Belardi, goes directly at the fundamental weakness of the DRBC position on natural gas development; the idea that a gas well pad somehow represents a water project subject to the agency’s regulation. They make a compelling case that it does not and seek a declaratory judgment to that effect from the court.

The complaint, a filed copy of which may be viewed here, sets out, in very simple language, the reasons the DRBC has exceeded its authority and has no basis in law for regulating gas wellpads (and, for that matter, a whole array of land uses that could only be considered water projects under the wildest stretching of the imagination).  The introduction lays out the basics (emphasis added):

These arguments are backed up by some undeniable facts, beginning with the very easy to understand DRBC definition of a project (emphasis added):

“any work, service or activity which is separately planned, financed, or identified by the commission, or any separate facility undertaken or to be undertaken within a specified area, for the conservation, utilization, control, development or management of water resources which can be established and utilized independently or as an addition to an existing facility, and can be considered as a separate entity for purposes of evaluation.”

As the complaint simply notes:

All water used in connection with the planned Well Pad on the Property will be obtained from properly licensed and approved sources owned and operated by persons or entities other than WLMG, will be managed and delivered to the Well Pad in accordance with all applicable laws and regulations and any applicable fees will be paid…

All wastewater generated in connection with the Well Pad on the Property will be managed by properly licensed and/or permitted entities other than WLMG in accordance with all applicable laws and regulations.”

What it amounts to is simply this; reservoirs, water treatment plants, water withdrawal stations and wastewater treatment plants are projects, but homes, churches, farms, schools, summer camps, quarries, tree farms, golf courses, ski resorts and gas well pads and wells – all of which use water in varying quantities, either when being constructed or when being occupied or used – are not. If a company proposes a water withdrawal, such an activity can, of course, be regulated, just as it’s done elsewhere, but the simple act of developing a well pad, drilling a gas well or other land use activities per se cannot, especially when the water and wastewater services are being secured from other approved sources. The DRBC was never intended to be a super-agency dictating land use policy to the states. It has no such powers. 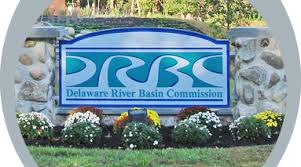 That is the essence of the case and it’s a powerful one, the implications of which are simply huge.

For landowners, it represents the opportunity to force the DRBC off its indefensible position of asserting a bogus right to regulate while refusing to act on regulations prepared some five years ago and callously ignored for the sake of placating special interests.

For states with major interests at stake who have lost their sovereignty to others determined to avoid responsibility (others who have paid no price for that irresponsibility), it represents a well-deserved paring back of the DRBC mission to the one envisioned in the Compact.

For businesses and communities who’ve witnessed the heavy hand of the DRBC pushing its way into every aspect of their lives at the behest of those who would make a wilderness of the upper basin and control the rest of it, it represents a restoration of Constitutional rights.

For all of us who care about the people of the basin and the rule of law, it simply represents justice and, yes, it’s an incredibly beautiful thing.

7 thoughts on “Landowners Sue DRBC and It’s A Beautiful Thing!”