The renewables industry has both fantasy and scam aspects that bring to mind, not only the famous Dr. Seuss book “Green Eggs and Ham,” but also P.T. Barnum.

We’ve spent  fair amount of time on this blog talking about the renewables industry from two perspectives; (a) the fact it best succeeds and arguably can only succeed where there is a natural gas complement, and (b) that the industry is riddled with hucksters and utopians who are trying to jam what should be free market choices down everyone’s throats to the detriment of its own long-term prospects.

We’ve talked about the scam nature of Elon Musk’s enterprises, the liklihood Andrew Cuomo may have killed fracking to protect his big bet on SolarCity, a Musk family enterprise of incredibly crappy economics. We’ve also explained, many times, what a lousy deal these solar scams are for other ratepayers and taxpayers in New York and how the Catskill Montainkeeper, a member of the NRDC gang of elites, and friends were given a $1.8 million slush fund to promote solar scams while they pursues its real objective – killing fracking anywhere near the Mountainkeeper’s base of land scam activity in the Catskills where the principals have immense holdings.

Every day, though, still more evidence arises that what we’re dealing with here is a case of “green eggs and scam” with a modern day P.T. Barnum in pretty-faced Elon Musk thrown in to market it all. Renewables industry marketing, in fact, has taken on the character of an infomercial for the latest beauty products, which is no coincidence. 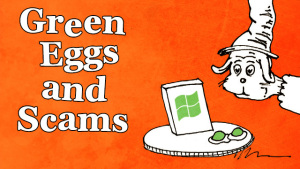 It’s no coincidence because, in the case of SolarCity, for example, the marketing strategy was essentially acquired by purchasing a company called Paramount Solar, which happened to be owned by a beauty products direct marketing powerhouse called Guthy Renker, the same people who sell acne treatments, hair care products and beauty secrets using all those famous faces. Paramount Solar marketed its corner of the renewables industry using many of the same techniques and when Musk and family needed to close more deals faster, it turned to Paramount, buying the company in September, 2013. It hasn’t gone so well as articles here, here and here demonstrate. Consider just these few excerpts from the first link (emphasis added):

The Paramount acquisition’s biggest impact on SolarCity has been its leadership and culture. Hayes Barnard, Michelle Magee, and Paul Stephan have transformed SolarCity from a customer-focused services company to a mission-focused sales company. Instead of quietly figuring out how to innovate, the company loudly talks about changing the world. Employee videos regularly congratulate themselves for doing morally righteous work. Salespeople love it, and earn great commissions.

But this new sales-focused culture appears to cost customers, the public, and investors. In a self-righteous mentality, hard-charging salespeople can more easily justify their short cuts with customers. This has given ammunition to regulators who are investigating SolarCity’s marketing claims. Last year, both Republicans and Democrats expressed concerns. 12 Congressmen sent a letter to the Federal Trade Commission, complaining about SolarCity’s core product. They wrote, “consumers are being enticed by solar leasing companies who offer zero-down leases, essentially teaser rates, for a 20-year lease agreement.” Their “particular concern” was that solar companies “may be utilizing deceptive marketing strategies that overstate the savings the homeowners will receive, while understating the risks.” They point their fingers directly at Paramount, saying “one of the largest solar leasing companies has partnered with a strategic sales company that sold large numbers of subprime mortgages to unsuspecting homeowners in the run up to the subprime mortgage crisis.”

Investors have echoed the concerns of these senators and congressmen. Most notably, the hedge-fund investor Jim Chanos has aggressively called SolarCity a “sub-prime” leasing company. He questions the company’s valuation, based on the “net retained value” the SolarCity systems produce over 30 years. SolarCity believes that nearly all customers will make all their payments for 20-years, and then renew their contracts for an additional 10 years. Chanos believes Paramount sales tactics are targeting customers likely to default over time. While educated customers are using tools like Google’s Project Sunroof and EnergySage to find the best prices to buy solar systems, SolarCity is going after less discerning customers through Home Depot and door-to-door sales. With the Paramount team driving sales and marketing, it seems worth asking if Chanos is right. Is SolarCity adopting the practices of the sub-prime mortgage crisis in 2008? Are they misleading customers, pressuring them to sign expensive, 20-year lease contracts when there are lower-cost lease options? Are they misleading investors with an overly optimistic view of customer payments and renewals?

While SolarCity publicly dismisses the questions of these regulators and investors as fossil fuel propaganda, the questions are legitimate. They repeat the initial concerns of the Paramount acquisition: Paramount’s reputation for high-pressure, deceptive sales in the mortgage industry.

What’s also interesting is that Paramount’s Chief Financial Officer before it was sold to SolarCity, a fellow named Matthew McGovern, has now gone off to form his own renewables industry venture called Cypress Creek Renewables. And, what is Cypress Creek Renewables now promoting? They’re hustling leases for “solar farms” in the Catskills, making a huge push to acquire leases in Sullivan County, New York and environs where folks connected with the Catskill Mountainkeeper and the nest of vipers from the NRDC gang operate run their land scams.

Is this another coincidence? Or, is there a link between the NRDC gang and/or SolarCity? Jeremy Neigher, the Cypress Creek Renewables Senior Director of Products, serves on the San Francisco Council of NRDC. One also assumes McGovern continues to have a relationship with his former Paramount buddies at SolarCity. There’s also the fact Andrew Cuomo is desperate to shut down the Indian Point nuclear facility and replace it with something else.  None of this amounts to a smoking gun, but it sure is fascinating to see all these things happening at once. It’s also clear Cypress Creek Renewables is making a big push to sign up landowners for its solar farms. 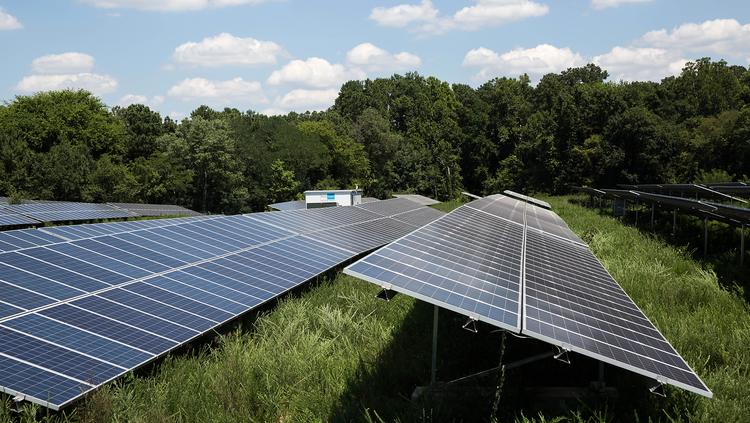 Is it a good deal for landowners? I’m neither an accountant nor a financial advisor and don’t presume to have any qualifications to advise on that score. Every landowner will have to decide for themselves in consultation with their accountant, attorney and/or financial advisor, but it is appropriate to ask a few questions, such as the following:

All of these questions are potentially answerable, but all also have serious implications for communities and landowners. The biggest question of all, of course, is what this is all about. Is this green eggs and scam? Or, is it simply an opportunity for landowners to create ancillary income? It is, to be sure, not an ancillary use, though, in the way a gas well well pad is. Rather, it is a permanent and large impact use that forecloses most other uses. Is it part of a plan to replace Indian Point? Is Cuomo pushing it? Is there a NRDC connection? Is there a SolarCity connection? Or, is this just Cypress Creek Renewables pursuing an opportunity and using some of the same techniques practiced by Paramount and SolarCity on a larger scale?

It’s difficult to know, but Elon Musk’s other adventure in the renewables industry, the Tesla, may provide some clues.  A tidbit from the Daily Kanban tell the story:

Daily Kanban found that Tesla’s solution to peak demand for grid-powered Superchargers that are also on-site does not involve stationary battery storage or customer battery-swapping at its only swap station. Instead, the company relies upon  backup Superchargers powered by diesel generators. Moreover, several Tesla customers were observed charging from the noisy, carbon-emitting backup generator even when the standard Supercharging station had numerous plugs available. This oddly un-green charging option, foisted on customers as a result of Tesla’s lack of desire to make its battery swap capabilities widely available, in turn raises unanswered questions about the environmental claims Tesla has made about its entire charging network.  …no more than a handful of Supercharger stations are in fact solar powered. …At least one 2015 media report repeated Tesla’s 2012 claim that all Superchargers are solar-powered, and this misperception shows up repeatedly in online discussion.

So, solar power isn’t all it’s cracked up to be…hardly shocking. The lesson: buyer beware when it comes to green eggs and scam and don’t think solar won’t be just as impactful or more so than natural gas.

19 thoughts on “The Renewables Industry: Green Eggs and Scam?”