Solar energy has its place, but New York’s solar scams and green bank corporatist boondoggle are setting the stage for a gigantic fall – time for sunlight.

New York is corrupt – that much is certain. Still, there is something especially rotten about what’s happening with the NY Green Bank and the state’s ongoing solar and other energy scams. We also wrote about these problems here, here and here, but the plot keeps thickening. We’re learning more, and seeing more, of what is a corporatist boondoggle bound to fail, while the opportunity to pursue a proven energy solution is sidelined due to green political correctness. Only in New York!

New York has been on a tear recently promoting solar energy and various activities of the NY Green Bank. Among the activities happening are the following:

Does any of this make sense? Well, if you’re the beneficiary of state subsidies wasted on projects such as putting solar panels on the roofs of building such as the Town of Caroline Town Hall it makes all the sense in the world as you get to use other people’s money (OPM) to save money on your own bills. It’s also makes one heck of a lot of sense if you’re a corporatist invested in wrangling money of taxpayers and ratepayers to make yourself richer. It puts the free market and real capitalism to shame. 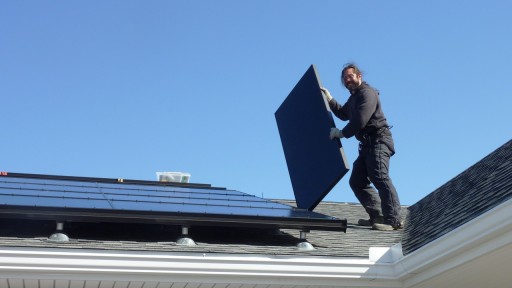 Solar panels being installed on Town of Caroline Town hall – a totally unjustifiable investment of ratepayer funds for everyone but the Town.

Working backwards, let’s take another look at the NY Green Bank we wrote about back in May of last year. We noted it was, essentially, another sub-prime lending scheme pushed on New York’s State Energy Research and Development Authority (NYSERDA) and Public Service Commission by New York’s crime boss governor.

Now, it’s almost a year later and the NY Green Bank has announced some projects and reported on its progress, which as been snail-paced at best. It had, by the end of December, 2014, accumulated capital of $217 million and allocated only $500,000 of it to projects – one small project, actually. It had not even really “deployed” those funds, as no financing/investment agreements had been signed and closed at that point. It is now in the process of working with the Public Service Commission to get another $800 million of funding to bring its total capitalization up to a cool $1 billion. Unsurprisingly, the NRDC gang is pushing it, along with other special interest environmental groups.

Other folks are skeptical and already sounding the warning bells. Here’s what the Utility Intervention Unit, in the Division of Consumer Protection, at the New York State Department of State had to say:

The NYGB’s recapitalization plan relies heavily on the assumption that there will be sufficient interest in a secondary market that would allow the NYGB to monetize its longer-term products to obtain working capital after the NYGB has utilized the $1 billion of public funds. The UIU therefore recommends that the NYGB formulate a contingency plan that would provide recapitalization funds to ensure the Green Bank’s future sustainability in the event that there is insufficient interest in the secondary market for NYGB’s products. Without a contingency plan, the NYGB may not have sufficient working capital to continue lending operations in its sixth year after capitalization of the NYGB has been completed.

It doesn’t take a financial wizard to read between the lines on that one – this entire NY Green Bank thing rests on a foundation of optimistic guesswork. The Independent Power Producers of New York, which is a group of companies already doing renewable projects, seems to be likewise concerned the NY Green Bank will be diverting funds away from its projects into the governor’s pet projects with no particular financial return requirements. The AARP and the Public Utility Law Project of New York also note the following:

NYSERDA’s filings to date apparently seek the Commission’s approval of funding levels for broad program parameters without any detailed information on how those programs will be implemented, how their success will be measured, or how these programs will be coordinated for the “transition” phase of the implementation of clean energy programs under the REV initiative. Nor have NYSERDA’s filings to date actually documented the basis for its alleged “savings” and efficiency results from its proposed programs and portfolios.

Their concern, evident throughout their comments, revolves around “critical affordability issues faced by many low income and moderate income customers in New York City, all of whom are at risk for higher bills and rates as a result of some of the proposals pending before the Commission.” What they’re saying, in effect, is not to keep passing on the cost of politically correct green corporatist scams onto other ratepayers who are already at the limit. They even go so far as to support many of National Fuel Gas Distribution’s comments. Those comments included these:

Distribution notes that the inability of renewable portfolio standard (“RPS”) technologies to achieve their program and budgetary goals in a cost effective manner, when the significant customer subsidies exclusively available to these technologies is properly accounted for, has required New York State to make a pivotal shift in its energy policy, evidenced by the continued capitalization of the NYGB. The program shortcomings and general intermittency of these technologies have demonstrated that subsidizing renewable energy resources alone is not economically viable. In contrast, New York State is in the ideal position to continue to support the use of clean, plentiful natural gas and simultaneously achieve measurable greenhouse gas reductions. Given the State’s close proximity to Marcellus Shale production and a reliable and robust pipeline system that can transport these supplies to New York, the State is uniquely able to take full advantage of the unprecedented abundance of natural gas resources.

National Fuel is saying what most are afraid to say; that renewables investments make little sense and New York State is foolish to ignore the much more economical Marcellus Shale right next door. It’s much closer than that, of course, but the company apparently didn’t want to push the envelope. It’s also suggesting the NY Green Bank is a necessary step away from straight-out subsidies but, like other commenters, notes the complete lack of accountability in the program as put forward to date. 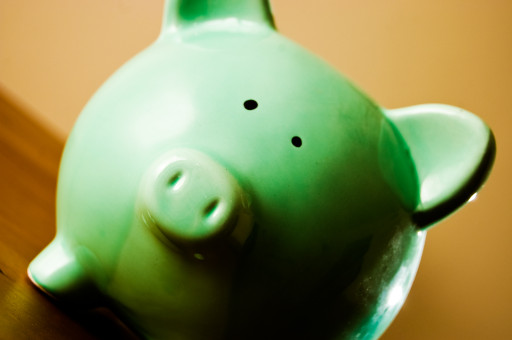 But, of course, it’s intended that way because this is nothing more than a corporatist slush fund or piggy bank intended to reward Cuomo’s friends. Notwithstanding the long start-up period, he got it to rush announcements of the first several projects in late October just before the election, though few, if any, of them were obviously ready to proceed. You can read all about them in this announcement. It reads like a promotion for Wall Street banks.

One of the projects happens to involve natural gas use and a co-generation concept we certainly support, but also illustrates exactly what the NY Green Bank is all about and it’s not good.

Tulum Management is associated with Tulum Trust, both being run by a guy named George Polk, who knows how to work with NRDC gang types. He “worked closely with George Soros to plan the allocation of $1 billion to climate-related private equity investments, and served as the Soros representative on the board of the Powerspan Corporation, a carbon capture technology company which was one of Soros’ personal investments,” according to his bio, and has been closely associated with the largely Rockefeller-directed World Economic Forum. Here’s the revealing line from Tulum Trust’s website:

Tulum knows how to latch onto State money to make money for these clients. It was, for example, instrumental in crafting a deal to take over the utility operations connected with bankrupt Eastman Kodak in Rochester, grabbing $7.1 million from the taxpayers to combine with $12 million from Capricorn Investment Management LLC to capitalize the venture. 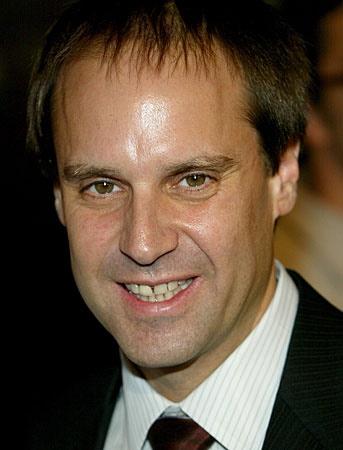 Capricorn is the investment arm of Jeff Skoll and the Skoll Foundation, an affiliate of Participant Productions, whose films include Al Gore’s An Inconvenient Truth. Skoll is the founder of E-Bay, the 144th richest man in America and a big-time fractivist (he also helped produce Promised Land). This latest venture by Tulum looks to be more of the same. If it made economic sense by itself it could have been privately funded. Either it doesn’t make economic sense and is a raid on ratepayers, or it has been included to justify the NY Green Bank, neither of which is good.

These are the people for whom the NY Green Bank is designed to make money at the expense of ratepayers already burdened to the hilt by New York’s green political correctness agenda and which Cuomo is shifting into high gear with little or no accountability. It’s the secondary mortgage scandal all over again, intended to give money to outfits like Time-Warner to install solar systems financed by other taxpayers and ratepayers; systems they’d never install on their own and which make no economic sense to anyone but them.  Time-Warner, of course, was a major Cuomo donor.

2 thoughts on “Sunlight Needed on Solar Scams and Green Banks”