[Editor’s Note: Crony capitalism or real capitalism? The answer is obvious yet too many companies in recent years, GE being the prime example, drifted toward the former.]

A May 27, 2020, piece at EnergyWire (E&E News) reported the latest of how errant leadership, political correctness, and cronyism diminished a once proud, iconic company.

“General Electric Co. cut one of the last remaining links to founder Thomas Edison, as the beleaguered manufacturer wrapped up a three-year process to sell its iconic lightbulb business,” reported Rick Clough. The buyer was the automated ‘smart home’ firm Savant Systems Inc. 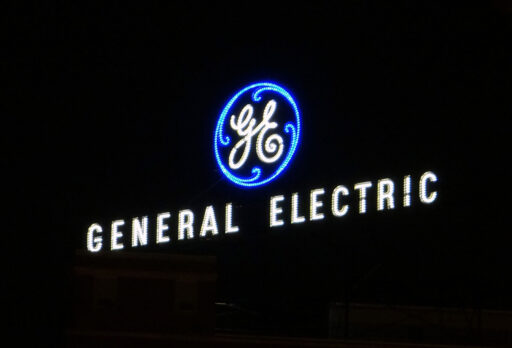 While lighting has become a minor part of GE’s operations, the sale is symbolic for a company that has shed elements of its past as it grappled with dwindling cash and slowing demand. GE in recent years sold its century-old locomotive unit and backed away from some health-care and oil businesses.

Boston-based GE sold its home appliance unit in 2016, although “GE Appliances” remains its brand name; Savant will keep the brand name with its lighting purchase as well.

“For nearly 130 years,” a joint company press release stated, “GE Lighting has been at the forefront of every major lighting innovation, from the dawn of incandescent bulbs to industry-first LED and smart solutions along with the world’s first voice-embedded lighting product.”

But the future could not be grasped by GE in its core area, a sad reflection of its recent history of diversification and entry into crony industries (such as buying Enron Wind Company in 2002).

CEO Larry Culp has had a a lot to correct and rationalize after taking over for Jeffrey Immelt, a notoriously bad 16-year leader in the contra-capitalist league of Enron’s Ken Lay , Duke Energy’s James E. Rogers, and BP’s John Browne. Political correctness, cronyism inside and outside of the firm, false ego, and a lack of focus marked these members of the business Hall of Shame.

[Jeffrey] Immelt has made big bets on alleged green technologies, particularly wind, as GE has become one of the largest wind developers in the world. As former Enron employee Rob Bradley notes in his MasterResource blog, Enron bought a floundering Zond Corp. wind business in 1997, failed to generate a profit from it, despite persuading Texas to adopt a very wind-favorable renewables standard, and sold the business to GE in 2002, under Immelt’s leadership.

Timothy Carney at AEI recalled the story of Immelt ruthlessly closing down the Winchester Lamp Plant in Virginia because of upcoming federal regulations setting tougher energy efficiency standards. Immelt made it all come true by working to make those regulations become law in 2007, thinking that his company could increase margins with a new slate of products. That, and a lot of other things that Immelt did, did not work out.

Carney nailed the sins of a political capitalist losing at the government trough.

Immelt’s game was cozying up to government. It wasn’t just about being a government contractor or trying to master the complex tax code. GE invested in businesses and technologies that depended for profits on mandates, regulations, tax credits and handouts and then invested in lobbyists to ensure those favorable policies. Immelt was a political entrepreneur from start to finish.

In 2005, Immelt created “EcoMagination,” a venture that would try to find ways to profit off green energy and similar ideas. When former President George W. Bush in his 2007 State of the Union address laid out eight technologies he wanted to subsidize, at least seven of them — including “clean coal” — were GE specialties.

Then came the Wall Street bailouts and Obamanomics, which Immelt said marked a “reset” of capitalism. “The interaction between government and business will change forever,” Immelt wrote in the 2009 annual report. “In a reset economy, the government will be a regulator; and also an industry policy champion, a financier, and a key partner.”

Immelt was an Obama favorite, not unlike the Clinton/Gore pet Ken Lay. The politicians welcomed the cronies weakening capitalism from within.

What else can be said about how a destructive management philosophy–long warned against by classical liberals–drove a once iconic American company into the bog. Contra-capitalism destroys not just capitalism as a system but wealth itself.

Editor’s Note: Jeff Immelt once had a second home in the Catskills and a lawyer friend of mine who was a neighbor used to tell me what a genius he was, although it was blazingly clear the guy was a crony capitalist and not a real one. His leadership of GE is, in fact, the template used for every green eggs and scam “business” plan; it is to milk the government for rent to support otherwise unprofitable ventures and, even then, it often doesn’t work, as we see here. Immelt thought his stock-in-trade was his ability to con politicos into giving GE money and in the process he nearly destroyed a great company. As Planet of Humans demonstrates, even some anti-capitalists are noticing crony capitalism is a con.

2 thoughts on “Capitalism, Not Cronyism, Is What We Need; Especially in Energy”