An absolutely phony group called the Institute for Energy Economics and Financial Analysis has done a hit job on an important proposed Ohio cracker project.

I just read a recent article about a group called the Institute for Energy Economics and Financial Analysis and their study concluding a proposed Ohio cracker wouldn’t produce any jobs. The headline is “Cracker plant won’t bring petrochemical jobs boom to Ohio, experts warn,” which told immediately the “study” was totally political. First, no organization with a name such as that is ever anything but political. Secondly, to conclude an Ohio cracker wouldn’t produce jobs is like saying you can run your car on water instead of gasoline. 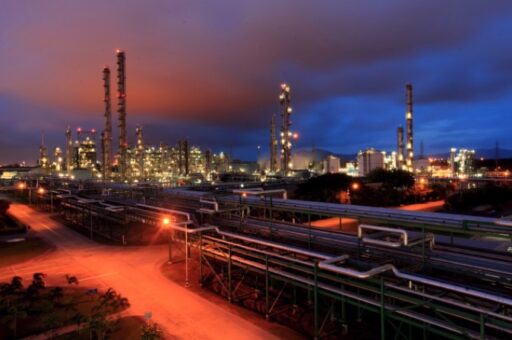 The article itself is basically unfiltered anti-gas propaganda. It is, moreover, accompanied by a self-serving letter directed to Governors DeWine (Ohio), Justice (West Virginia), and Wolf (Pennsylvanian) from a laundry list of progressive policy advocates who oppose the Ohio Cracker. The list is led by the Executive Director of the West Virginia Center for Budget and Policy, which is another phony progressive policy special interest group that pushes higher taxes and seeks to pad the pockets of public employee unions.

There is no link to the study in the article, but it can be found here. Notice the title; “Proposed PTTGC Petrochemical Complex in Ohio Faces Significant Risks.” The word “jobs” is missing and is only mentioned six times in the article itself, three times in reference to JobsOhio, which is an advocate and investor in the Ohio cracker project. The whole report is nothing but a hit job on the project on the basis of market risks and here is the only substantive thing said at all about jobs, in fact (emphasis added):

After several postponed announcements, PTTGC has promised to make a final investment decision (FID) by June 2020. Long-term investment decisions must, by their nature, be based on business assumptions and made in good faith. They always contain an element of risk and a long-term perspective is needed that will be shaped by the investment environment of the moment at the time of the investment. The risks detailed in this report, taken individually, are manageable. Weighed collectively, however, the risks raise significant red flags that the anticipated number of jobs, enhanced revenues to local and state governments and spin-off economic activities will not materialize as promised.

The rest of the report does little more than speculate the demand for plastics might fall, prices might remain too low and the competition might overwhelm the project; a basic screed against capitalism, in other words.

But, one learns what the article (and the report that served as its excuse) is truly about from two things. First, there is this paragraph:

“In Ohio, we first need to eliminate the burdensome regulations and fees we’ve placed on sustainability and alternative energy industries,” said Amanda Weinstein, associate professor of economics at the University of Akron, who signed the letter. “Ohio should utilize its higher education institutions to fund research and development into sustainability and fund job training so Ohio workers have the skills needed in the green economy.”

Finally, health and environmental risks associated with a petrochemical buildout, can’t be overlooked. In addition to being major emitters of greenhouse gases, ethane cracker plants, processing facilities, and downstream manufacturers are also emitters of fine particulate matter as well as volatile organic compounds (VOCs). Residents in our region already suffer higher than average rates of cancer, cardiovascular disease, upper respiratory disease, obesity, diabetes, and other conditions that make our region’s population among the nation’s most vulnerable to adverse health consequences from these substances.

For these many economic, technological, environmental, and health reasons, we believe our states need more viable, just, and sustainable development strategies that create jobs and provide the tools and resources needed by workers and communities, especially those that have been disproportionately affected by deindustrialization, to successfully transition. One area of special promise is the clean energy economy — electric vehicles, energy storage, wind power, solar power, and energy efficiency — which already employs more than 175,000 workers in Ohio, Pennsylvania, and West Virginia, three quarters of them in manufacturing and construction.

The clean energy economy offers large-scale, high-visibility opportunities, like the Lordstown Motors electric truck plant in Ohio as well as new opportunities for existing businesses in communities all over our region in fields like lighting, HVAC, construction, building maintenance, and energy efficiency retrofits. The construction of high-efficiency buildings and the retrofitting of existing buildings and homes generates knock-on benefits, including reduced demand for electricity, lower utility bills for ratepayers, greater comfort for workers and residents, and fewer greenhouse gas emissions.

If you’re wondering where that 175,000 jobs estimate comes from, so am I. Even the Ohio Environmental Council says there are only 6,500 solar jobs in the state and doesn’t bother citing wind energy or other green  jobs. The effort here is to exaggerate green energy benefits and downplay natural gas, so as to attract more green government rent for renewables.

But, the Ohio cracker opposition and the phoniness of this study, article and letter to the governors is most evident in the reveal of who funded it, which we learn from the IEEFA’s “About” page:

The Institute for Energy Economics and Financial Analysis (IEEFA) examines issues related to energy markets, trends, and policies. The Institute’s mission is to accelerate the transition to a diverse, sustainable and profitable energy economy.

The goal of the organization is to accelerate transition to green energy, for crying out loud! And, a minimum of six of its  funding sources are financiers of radical anti-gas activities, including three entities related to the Rockefellers (the Rasmussen group helps fund Rockefeller hack Bill McKibben). Plus, the Energy Foundation gets most of its money from the Sea Change Foundation funded by big-time renewables hedge investor Nat Simons to promote green eggs and scam and slow down natural gas. It’s all about the money—your money‚ in other words, that these folks ardently desire to rip-off.

And, finally, don’t think that because public employee unions are part of the problem, that the trades don’t see what’s happening with this Ohio cracker opposition. Here’s what Jeff Nobers, Executive Director of the Builders Guild of Western Pennsylvania, had to say:

At a time when our world is experiencing an unprecedented level of economic uncertainty, it’s concerning to read that some want to undermine the advantages of Pennsylvania-produced natural gas and dismiss the importance of the hardworking union men and women who provide these opportunities for the region (“Petrochemical growth in region ‘unlikely,’ academics say,” June 16).

Former DEP Secretary Hanger and others supporting this position are wrong. Energy and manufacturing have been a blessing for western Pennsylvania, providing quintessential, family-supporting jobs while maintaining affordable energy prices and consumer products.

Imagine how communities would have responded to rising COVID-19 infections if we didn’t have manufacturers working to replenish our stockpiles of personal protective equipment and critical medical supplies. And, as a matter of fact, it is because of affordable, abundant natural gas – the liquids of which provide a primary component in this equipment – that we were able to efficiently produce it.

To promote an either-or approach to their “solution,” and suggesting additional jobs are unlikely to come to fruition is not only misleading, but ironically counter-productive to their position. To realize their supposed-alternative plan, they will need manufacturing powered and supplied by natural gas, as well as countless more raw materials sourced both at home and abroad…

As many Pennsylvanians return to work, our future union members are in training programs preparing to tap into the manufacturing rebirth Pennsylvania natural gas has brought to their hometowns. This home-grown resource allows Pennsylvania to have both a growing economy and a healthy environment. Together, we can drive the Pittsburgh region into a new economic revival.

Jeff says it all. This Ohio cracker attack is phony to the core.