Despite all the hype surrounding the Center for Shale Development, shale development is already sustainable and has been for some time.

We’ve previously reported here on the subject of the Center for Sustainable Shale Development and all the politics surrounding it. When it was formed, to great fanfare, it was suggested the whole thing was a kumbaya moment; a coming together of the Marcellus Shale industry and its enemies. Most of the media hailed its incarnation as a mechanism for restoring trust in safe responsible natural gas development. That was before the chief sponsor, the Heinz Endowments, which had, theretofore, funded various fractivist initiatives, fired the Executive Director at the apparent order of Theresa Heinz Kerry.

I would say the Heinz Endowments then resumed its former ways, but that would imply Heinz had changed directions. They never did. The Center for Sustainable Shale Development was and continues to be another face of an organization that is deeply involved in opposing fracking any way it can. It may be just a case of them hedging their bets in the event their efforts to altogether squash the industry, especially in New York and the Delaware River Basin Commission region fail. It may also simply be an attempt to put a kinder and gentler face on an organization that is responsible for such anti-gas ventures as the Southwest Pennsylvania Environmental Health Project.

Regardless, one always hopes for an opening to reasonableness. Many in the industry and outside have had high hopes for the Center for Sustainable Shale Development as a middle or third way. But, in the year since it was launched, the Center hasn’t really accomplished all that much that wasn’t already being done. Only a handful of gas companies signed on to participate leaving most of the decision making to the Heinz Endowments, the William Penn Foundation and most recently the Benedum Foundation, the first two being already known for funding and spearheading anti-gas campaigns.

The only tangible thing to come out the Center is this manual of suggested performance guidelines, standards the Center suggests every company should adopt as standards going above and beyond current regulation. The kicker, though, is that conformance to these performance needs to be verified by an approved third party and the Center for Sustainable Shale Development recommends using Bureau Veritas, at a very expensive price tag. Even that might be fine if the standards were such that they served to separate the wheat from the chaff, but they are not and that assumes there is a lot of chaff, which isn’t the case.

Indeed, most members of the industry already go above and beyond the mandatory, and quite stringent, regulations in effect here in Pennsylvania. If you take the time to review the state standards, it’s not hard, in fact, to see why Pennsylvania is already considered to have some of the best standards in the country; standards that have led to very high ratings by its peers among the states regulating oil and gas development.

Additionally, over the last four years, the Marcellus Shale Coalition (MSC) has also developed recommended practices governing everything from site planning, development and restoration to motor vehicle safety and pre-drill water supply surveys. These standards complement those of the Commonwealth. There is, another words, already a program for sustainable shale development in Pennsylvania and it has both a public and a private component. While state regulations have established the minimum standards, MSC member companies have developed, pioneered and implemented innovative ways to protect regional air quality and health throughout the Commonwealth that often greatly exceed those standards. Lets look at some of these best practices in depth:

Closed-loop Drilling and Completion Operations – Three years ago a majority of operators decided to move away from open pits in drilling and completion operations; instead, opting to implement closed-loop systems where any fluid, fresh or produced by the well, or drill cuttings (the rock shavings that return to surface when a well is drilled) are stored in steel containers at all times. The industry’s new commitment to closed-loop systems, coupled with voluntarily protection of development sites with multiple layers of containment, strict erosion and sedimentation controls and constant monitoring throughout the development process have worked. They have greatly limited disturbance in development locations, ensuring natural gas development and environment protection are simultaneously achieved.

Recycling and Reuse of Fluids – Two years ago, the state of Pennsylvania asked the industry to stop discharging waste fluid at municipal waste water treatment facilities, as the facilities where not designed to handle the increased volumes of fluid. The results were nothing short of amazing. The industry, almost overnight, moved away from municipal wastewater treatment facilities, instead turning to underground injection and companies such as Comtech Industries and Eureka Resources to develop processes to treat waste fluids for reuse in future development. Recycling took off. Here is a quick video showing the water treatment process at one of Comtech’s facilities:

Not only has this request by the state lowered the burden on municipal waste treatment facilities, operators like Cabot Oil & Gas corporation are reporting a significant decrease in fresh water consumption to. It reports, for example, over 127 million gallons of fresh water have been displaced. It also estimates this recycle and reuse program has saved approximately 30,000 truck trips to fresh water withdrawals sites around the county where it operates.

Companies such as Seneca Resources and Cabot are not only powering their vehicles; they are also powering drilling operations with natural gas – the very definition of sustainability. Seneca Resources has developed the first dedicated 100 percent liquefied natural gas fueled drilling rigs operating in the Marcellus Shale. Meanwhile, Cabot pioneered a way to power drilling rigs with CNG and field gas (gas drawn from Cabot’s pipeline gathering system): offsetting upwards of 50% of the diesel fuel needed in the operation. 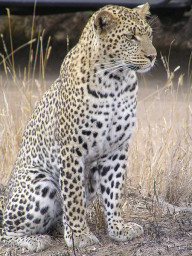 These best practice initiatives are just some of the many innovative approaches the natural gas industry has taken over the last four years to protect the environment and health in Pennsylvania. And, its only just begun, as various companies are now doing green completions, furthering the use of field gas and expanding the fleets that run on CNG, implementing no-flare completions, pursuing methods to use acid-mine drainage as fracking fluids, among other things.

Where all this leaves the Center for Sustainable Shale Development is unclear. The reasons for its creation are obscure and, there is precious little evidence the Heinz Leopard has changed its spots. Still, the companies involved are all good ones and they’re undeniably part of the success story. Shale gas development is already sustainable.