Teresa Heinz Kerry strikes back for the gentry class by reasserting control over the Heinz Endowments and defending the firing of anyone remotely pro shale gas.

The autocratic tendencies of the gentry class are amusing (and scary) to watch. Case in point: Teresa Heinz Kerry, chairwoman of the Heinz Endowments. Heinz Kerry (she actually dropped the “Kerry” after adding it for the 2004 election but the press keeps using it so we will as well) finally addressed the issue of the Heinz Endowments firing three high profile employees, including the Endowments’ president Bobby Vagt, all of whom were involved in the establishment of the Center for Sustainable Shale Development. 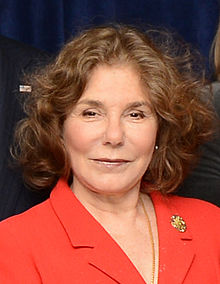 While refusing to be completely forthcoming, Heinz Kerry was forthcoming enough to confirm what we already suspected: the Heinz boys and mommy dearest didn’t like the Endowments getting into bed with the Center for Sustainable Shale Development (CSSD), which has gotten a lot of press for supposedly taking the high road on shale gas development, although that’s debated within the industry.

Pay close attention to what Kerry does and does not say in the following article. MDN snarky commentary included [in brackets]…

Teresa Heinz Kerry, chair of the Heinz Endowments, said she and other family members on the endowments’ board wanted to collaborate with the energy industry on ways to responsibly drill for gas in the Marcellus Shale, but they did not expect the Center for Sustainable Shale Development to be launched out of that effort.

[MDN: “Collaborate” to one of these folks means you do it my way or else. There is no two-way, give-and-take when it comes to “collaboration” with them. We see the problem in the opening sentence: violated expectations.]

“I was never involved with the center. … I don’t know how it came about,” Mrs. Kerry said Friday during an interview at the endowments’ Downtown offices.

[MDN: Oh, oh. Here’s the real sin of the three fired employees. They didn’t run everything by mamma Teresa first.]

Creation and funding of the center earlier this year was widely considered to be a catalyst for the abrupt departures in August of two key staff members at the endowments, including Caren Glotfelty, its top environmental program officer.

Mrs. Kerry, who was in Pittsburgh for meetings including an endowments board meeting, refused to link Ms. Glotfelty’s firing to creation of the center. Nor would she comment on the departure of Douglas Root, longtime communications director at the prominent charitable organization.

[MDN: Heinz Kerry refused to link, which means she also refused not to link. In other words, we’re left guessing. But we’re pretty good guessers. This confirms it as far as we’re concerned. Glotfelty and Root were fired because they dared to show a little initiative and reach across the aisle to work with the industry as peers instead of as masters or overlords. Remember, Heinz Kerry means to dictate to drillers, not engage in true collaboration with them.]

The foundation’s executive director, Robert Vagt, announced Oct. 14 he also will step down, although he has not said when he will leave.

Many observers believe Ms. Glotfelty, Mr. Root and Mr. Vagt all may have been caught up in the fallout from launching the center, which apparently did not have the full support of the Heinz family members who sit on the endowments board. Besides Mrs. Kerry, who is the widow of U.S. Sen. H. John Heinz III, her sons, H. John IV, Andre and Christopher, are also on the board as is Christopher’s wife, Sasha.

Mrs. Kerry, known to be strong supporter of environmental causes, called the theory that Ms. Glotfelty and Mr. Root were dismissed because of their support for the center “conjecture.”

[MDN: It’s conjecture and speculation that she won’t disavow. What does that tell you?]

The Heinz Endowments, with assets of $1.4 billion, is ranked the 49th largest foundation in the United States. It doled out $75 million in grants in 2012, including $16.8 million to environmental programs. Founded by members of the Heinz food empire, it is no longer formally connected to the H.J. Heinz Co.

[MDN: Translation: “We have more money than God, so screw you.”]

The Center for Sustainable Shale Development is a Pittsburgh-based nonprofit that states its mission as supporting best practices for shale development. Its partners include energy companies such as Chevron, EQT, Consol and Shell; environmental groups including the Pennsylvania Environmental Council and Penn Future; and philanthropies.

Mrs. Kerry traced its origins to conversations she had with Marvin Odum, president of Shell Oil, about finding a “transparent way” to develop the resources of the Marcellus Shale.

“We feared the cowboys would take over or there would be no responsible mechanism, no transparency, to do it right. … We decided to collaborate with the environmental and public health people. That’s what I absolutely sanctioned and brought to the endowments,” she said.

[MDN: Interesting that Heinz Kerry kind of takes credit for the founding of the CSSD, but apparently it went far beyond what she wanted. The CSSD has too many “cowboys” for Kerry.]

Asked how that initial idea to collaborate evolved into the center without her or the board’s knowledge, Mrs. Kerry said, “I don’t know. Things changed. I don’t know how or when.”

While she acknowledged approving initial funding for “a collaboration,” the board did not authorize the center, she said.

[MDN: Mamma Teresa didn’t officially bless the CSSD, and so Bobby & the rest had to go.]

She said that while she was hospitalized last summer after suffering a seizure, “Maybe I wasn’t functioning well.”

Some foundation observers have speculated that while she was ill, Andre Heinz, known to be an avid environmentalist, assumed more control of foundation affairs and was involved in firing the staff members.

Mrs. Kerry said Andre Heinz did fill in for her during at least one foundation meeting, though it was not a board meeting. She said he has been “attacked because he is an idealist.”

“He is one of the brightest people there are and is passionate like his father and doesn’t put up with nonsense. … It’s probably an easy way for people … to criticize what they don’t like. And I don’t care, quite frankly.”

[MDN: Translation: We have more money than God. Screw you. We’ll do what we want, like we always have, we always will–our money will see to that. Oh, and don’t pick on my kid, or else.]

Asked whether Andre Heinz might succeed her as the endowments’ chair, Mrs. Kerry, 75, said, “He’s not being groomed.”

[MDN: Translation: Andre has a good heart, but he’s not the brightest bulb in the pack.]

“They’re all there … and they’re very good people,” she said referring to all three of her sons. “Andre is very capable and verbal” while John and Christopher each have their own strengths and capabilities, she said. “How they’ll manage [the transition], we’ll work on that.”

And she doesn’t expect the transition to be soon.

[MDN: None of the boys are up to the task of leading the Endowments. Not yet anyway. Maybe there’s hope for the grandkids.]

She also doesn’t anticipate the endowments’ focus on southwestern Pennsylvania will change as its leadership is handed over to the next generation.

“The family feels ownership” of the Pittsburgh region, she said.

[MDN: “We own Pittsburgh! It’s our private fiefdom.”]

As for selecting a successor to Mr. Vagt, who is 66, Mrs. Kerry said, “[Executive directors] can’t take this job for a long time if it’s at this pace. It’s demanding.”*

[MDN: Translation: “Bobby wasn’t up to the task. Time for him to go.” Which is mamma Teresa’s magnanimous way of kicking him while he’s down. Such nice people, those gentry class folks.]

Editor’s Note: Jim minces no words in his analysis and he’s dead on in his analysis. Teresa Heinz Kerry is estimated to be worth between $750 million and $1.2 billion (putting her in the top tier of the 1% to use the language of the “Occupy” types she supports), not that there is anything wrong with wealth if you created it.  She got her money, though, the old-fashioned way among the gentry class–she inherited it, like every other trust-funder among the fractivists, and they are the largest part of the movement financially, if not otherwise.

There is nothing these folks like better than demonstrating their undeserved wealth is, after all, deserved due to the superior consciences they demonstrate to us commoners every day.  This is the force that moves the bulk of the fractivist crowd. Virtually every bit of the hyperbole that powers their activities is funded by people named Heinz, Park and Rockefeller who are little more than wealthy NIMBYs with interlocking directorates among the foundations involved.

These people are the reason we don’t yet have drilling in New York and the Delaware River basin.  They are using entities such as the Delaware Riverkeeper Network, the Open Space Institute and the William Penn Foundation to shut down all economic opportunity for others while creating playgrounds for themselves in these areas and they really don’t like it when things don’t go their way.

3 thoughts on “Heinz Strikes Back: The Revenge of the Gentry Class”