Fracking protestors do something bizarre every day, it’s their modus operandi and designed to garnish attention. It just keeps on a comin’ with fractivists.

There are so many bizarre things that happen in the world of fracking protestors that I am never able to quite keep up. It reminds of a video (actually a VCR tape) my father, a dairy farmer, once received from a company promoting some manure-handling equipment it wanted to sell him.

The video took a popular cliche (“It just keeps on a comin'”) and applied it the bovine excretory process with music, reminding prospective farm customers who wanted to grow bigger they would be inundated with cow poop if they didn’t find more efficient ways to deal with it. It suggested, of course, the purchase of the company’s hugely expensive handling equipment would do the trick. My father loved it (the video) and made a point of showing to any visitors. Let me do the same.

The following are a few of my random observations and thoughts on fracking and its protestors from this past week or so:

We need higher taxes to impose my ideology on you…

Here’s a message being circulated by a group called Sustainable Otsego in response to an initiative by New York State Senator Jim Seward to cut his state’s gasoline tax:

I just received an email from Jim Seward touting his plan to cut NYS gasoline tax. While we might all enjoy paying less at the pump, now with prices half of what they were a year ago we have a golden opportunity to RAISE this tax.

Reasons to do this include:

3. Funds are needed to repair roads, which would reduce fuel use. Our roads are in bad shape, and our local government is always complaining that they lack the money to keep them in good repair.

4. Funds are needed to be proactive about flooding etc.

5. Funds should go to efforts to implement a better rail transport system and begin the process of examining our land use patterns to see what can be done to make people LESS dependent on cars.

Sure a junkie says yes to lower cost for his drug…we need to break this habit.

Let’s hope BlueBearPappa, the author of this stroke of brilliance, takes it statewide. Raising gas taxes is surely a winning platform in a state already having the highest gas taxes in the nation. 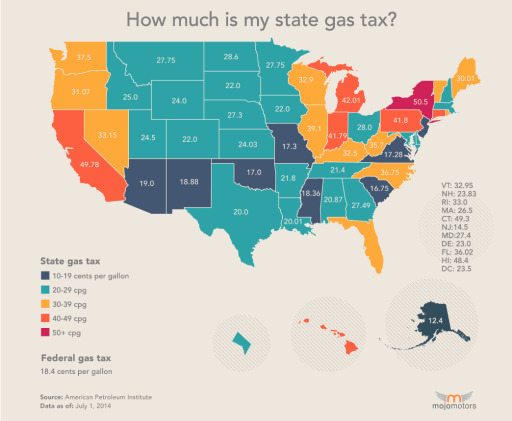 I, a prophet, speak to you…

The pomposity of fracking opponents and their ilk is revealed in this testimony by a Long Island art teacher (who else?) commenting on the Port Ambrose LNG port proposal at a hearing on the subject: 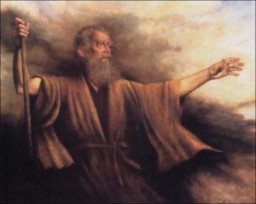 It has been said a prophet is an ordinary person who sees what everyone else sees but has the wisdom to speak the truth. If this is true you have a prophet before you in a room full of prophets who are willing to speak the truth about the coming disaster if this port is allowed to go through. It is our public trust right. It must be vetoed by Governor Cuomo or Governor Christie, and I ask them to do so.

That’ll convince them for sure.

Our friend Hope ForPeace (real name) put up this video of a California fracking protest she says brought out “thousands” (looks more hundreds to me but, whatever). Watch starting at 2:52 as a young woman reads her script in a frenzy of self-orchestrated anger guaranteed to excite a crowd of sloganeers:

My son lives in Oakland just a few minutes from the Lake Merritt site of the protest. I asked him about the impact of the protest. His response: “I didn’t see anything,” meaning, of course, anything out of the ordinary. Just another day on the left coast.

Something there is that loves a fence, built with your money…

Ramsay Adams, the son of NRDC and Open Space Institute founder John Adams, assigned to guard duty at their Catskill Mountainkeeper outpost where they protect the Rockefeller family interests, has found some state money and wants it. Here’s what he told the Daily Mail about a trip he plans tom make to Albany today to lobby for it:

The Coalition and Mountainkeeper have accordingly set forth five specific goals it would like legislators to act upon.

The first is to get a dedicated Catskills line item of $4,000,000 from a surplus that Adams said exists as a one-time opportunity within the EPF this year, and is derived from an investment industry settlement awarded to the state.

“It’s a unique year,” he said, “because there’s a lot of extra money.”

…The third goal the groups will request is action by NYS DEC Commissioner Joe Martens on priority land protection projects.

Adams said they realize and accept that there is no money for acquiring the large purchases that may be desirable, but that the small ones should definitely be made.

“There’s a couple of inholdings in the park, and there’s some access sites, like parking lots,” he said. “They’re not expensive.”

He said the groups worked with DEC and stakeholders “to identify the key parcels,” and that they are “asking for a little bit of investment, to make access better and get inholdings.”

“All of the money is going to the Adirondacks and the Hudson Valley,” Adams said. “That’s great, but we need some, too.”

The fourth goal is for funding to launch a process to develop a Catskill Park Recreation Plan.

“This is a very heavily used park,” Adams said, “and the ‘Catskills’ brand is growing,” adding that there is a need to develop an overall vision for what’s in the park, and how and where to access it.

Adams said the plan would, in part, essentially define the park’s resources and assign an ecomonic value to them.

“The Catskill Park is complicated,” he said. “It has public-DEC managed lands, it has NYC DEP managed lands, and it has private inholdings, and that’s why we want a recreation plan.”

“It’s not like it’s a park with a fence around it,” he said. “It needs to be spelled out (for the best coordinated use).”

Adams said development of any such plan, from its start date, “will take outwards of a year.”

“It has to be comprehensive,” he said, “and we need to get the stakeholders to the table, and it has to be bid out — so a year, but it could be longer.”

…Also, to help spread the message of what makes the Catskills unique and important enough to warrant increased funding and programs, the Mountainkeeper organization has produced a short, 13-minute documentary video called “Catskill Park,” which highlights the Park’s attributes and its need for the state’s attention.

Well, isn’t that nice? It isn’t bad enough his father and the rest of the NRDC gang have built a private reserve for themselves around Larry Rockefeller’s Catsklll Mountain Corp. development using state money to pay OSI inflated prices for the land. Now, they want more state “investment” to buy out inholdings, keep out the riffraff and tighten things up. They want to pressure Joe Martens they say. Shouldn’t be hard as he was their employee before they foisted him on Cuomo as DEC Commissioner. Have no fear, though, they plan to consult “stakeholders,” they assure everyone. I wonder if any of those stakeholders are landowners other than themselves. Just asking.

Oh, and about the documentary and proposed recreation plan. Ramsay says he wants a plan that will spell out “the best coordinated use” given the lack of a fence around the Catskills. Ramsay wants a fence, in other words, and he’s offering a video of his father, the philandering RFK, Jr. and Gasland producer Debra Winger to convince us all of the need for a plan to do just that. What bunch of “fakes, phonies and frauds” to quote the late Bob Grant.

It just keeps on a comin’.