How do the major groups involved in fighting fracking and natural gas development in New York finance their activities?  Well, they have a lot of money at the outset from the Park and Rockefeller families, but they also have special arrangements with the State of New York that allow them to do very profitable land deals.

The Open Space Institute (OSI), once run by current New York State Department of Environmental Conservation (DEC) Commissioner Joe Martens, is a child of the Natural Resources Defense Council (NRDC) with overlapping boards of directors and close relationships of both to the Rockefeller family as I noted in a post at EIDmarcellus.org and in a New York Post article entitled “Blueblood Agenda.”  The Catskill Mountainkeeper is the grandchild, having been birthed and run by OSI.  The Mountainkeeper, in person, is Ramsay Adams, son of NRDC and OSI founder, John Adams.  Both NRDC and Catskill Mountainkeeper are big-time fracking opponents and OSI is the connecting link.

OSI is a land preservation outfit and is run by Rockefeller heir Christoper (“Kim”) Elliman. The organization has shared lobbyists, board members and services with the Catskill Mountainkeeper, which was only separately incorporated relatively recently.  OSO does land deals, with the ostensible purpose of preserving open space for future generations.  Those future generations just often happen to be descendants and friends of the Rockefeller family.

OSI uses subsidiary groups such as the Open Space Conservancy and Beaverkill Valley Land Trust to buy up open space around their properties; properties they’ve often acquired from Larry Rockefeller’s Beaverkill Mountain Corp..  That isn’t all they do, of course, but it’s a  big part of it and, whatever they do, they seem to make money which helps them buy more land, support more staff, create more Mountainkeeper type groups and the like.

These same folks are, operating as the Catskill Mountainkeeper and the NRDC, fight fracking and natural gas development tooth and nail.  That’s no surprise because such development inevitably increases land values and threatens the ability of OSI and its affiliates to acquire land on the cheap to resell, often to the the state itself, at considerable profit.  And, making such deals has been possible for them because this gang has many friends in high places, starting with Joe Martens.  Don’t think it’s any coincidence either that three current of former NRDC attorneys ended up Governor Cuomo’s hydrofracking advisory committee, not to mention other friends of NRDC.  These folks are connected.

Those connections have yielded one highly profitable deal after another.  Take, for example,  the recent sale of 266 acres of land on Overlook Mountain in the Catskill Park (Town of Woodstock, Ulster County) to DEC for the sum of $857,800 or $3,225 per acre.  There were two parcels involved, which sold for $387,200 and $187,000, respectively, in 2005 and 2008.  Neither were considered arms-lengths transactions by the Ulster County Real Property Tax Services office, and its assessment of actual combined market value when sold was only $396,600, based on comparable sales.  You can check the records for yourself here, by inputing the parcel number for the larger parcel (27.1-6-1.110).

Interestingly, the most valuable piece, according to the county, sold for only $85,000 in 2000, when the last arms-length sale was made.  Yet, the property brought a premium price when sold to the state during a down real estate market a dozen years later. Regardless, we know the state paid the Open Space Conservancy some $461,200 more than Ulster County said it was worth and $284,600 more than the properties sold for during an up market.

What was the property really worth?  Well, the reader can judge for themselves.  There are no buildings, access only from what are essentially two jeep trails and the land is literally a mountainside.  Here is a relief map, with the + sign indicating the southern center of the supposedly most valuable parcel.  It’s mountain goat territory and sold for what is a price one would expect to pay for developable land and OSI/OSC obviously did nothing to improve it. 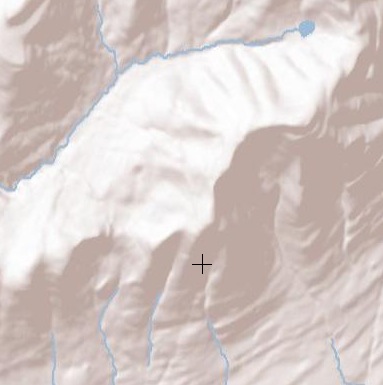 Get the picture?  Well, that’s just the beginning.  There are a bunch of recent contracts with OSI/OSC on file with the New York State Comptrollers Office.  These folks are the classic insiders.  They even got  a $25 million loan was made from the Empire State Development (funds typically reserved for job creation) in 2007.  And, don’t think this has nothing to do with the political activities of the Catskill Mountainkeeper or NRDC in fighting fracking and the like.  OSI funded 60 “grassroots groups” geared toward “expanding the constituency for conservation.” Among them was the Mountainkeeper, which, as it moved off on its own in 2011 as a corporation (it’s still integrally related, functionally, to OSI and NRDC), received a parting gift of $168,120.

The Chairman of OSI and founder of NRDC, of course, is John Adams and it is his son, Ramsay, who is the Mountainkeeper, so any pretense this is an independent organization is just that, not to mention the overlapping board members.  There has been a lot of pretense, though. Read this blog post by the elder Adams in 2007, which offers the following (emphasis added):

I’m from Sullivan County, in the center of the Catskills. And I think the most important thing about that long fight was the debate it created over the future of the Catskills — a whole new awareness about what we should be doing up there.

I look at the work of the Open Space Institute. Over the past 15 years they have purchased as much as 25,000 acres in the Shawangunks, as much as 18,000 in the Catskills. They are working now on farmland preservation. New York City is working on the Catskills in the watershed area.

And most recently, through the efforts of a number of people, the Catskill Mountainkeeper… has been started. They are going to be working to help to organize the Catskills, the people from north, south, east and west who don’t have the same newspapers or radio stations or ways to talk to each other, yet they have common interests: in highways, and power lines, and in development, like casinos. We know these folks care deeply about the beauty of the Catskills. And once they know that they can have a voice together, we think that the future of the Catskills, the branding of the Catskills, the planning of the growth of the Catskills will take place in a responsible way.  With a protected watershed, clean rivers, more trail heads, more recreation, more tourism, and more industry that is Catskill-appropriate.

Notice how he refers to OSI, his creation and which he chairs, as “they” and does the same for the Mountainkeeper group he created for his son to run?  Most importantly, though, notice how he refers to the residents of the Catskills, as the poor hillbillies who don’t have the same newspapers (presumably the New York Times) or radio stations or ways to talk to each other.  This little blog post is masterpiece in the kind of pretension and condescension that characterizes the attitude of the bluebloods in the Park and Rockefeller families who fund so much of the opposition to fracking and natural gas development, all funded with the help of the State of New York as it turns out.