A blatant effort by a gentry class of second home owners to take over rural towns and stop natural gas development must be resisted by local residents.

An article appeared in the River Reporter last week with the title “Targeting second-home owner voters; Acting couple to host voter registration drive.” It referred to an effort by Debra Winger (net worth of $22 million) and her husband Arliss Howard to get New York City residents to register to vote in Sullivan County, New York, and tip local elections in favor of a no-growth (and no natural gas) agenda, thereby overwhelming the interests of locals who actually live there full-time and must earning a living off the land the actors would love to see forever unchanged.  It’s a classic move by a gentry class (the 1%, if you will) to get locals out of the way, giving a whole new (and richer – pun intended) meaning to the word gentrification.

Here is what the press release from Catskill Citizens for Safe Energy and others says about the whole takeover effort:

“In western Sullivan County, weekend and vacation homes may account for a third or more of all homes, but part-time residents are underrepresented at the polls. Debra Winger thinks that many of her neighbors simply don’t understand that they are entitled to participate in local elections. ‘Under state election law, home is where the heart is’, she says. ‘You are not required to register and vote from your primary residence; the law permits voters to choose where you cast your vote.’”

“‘In our small towns, every vote really does count because elections are sometimes decided by just a handful of votes,’ says Mr. Howard. (He and Ms. Winger are married, and longtime residents of the Town of Fremont.) Like many area residents, Howard has become active in town politics in recent years. ‘It is critically important that our town boards accurately reflect the wishes of the residents because they have the power to make land-use decisions that can either protect, or radically alter, the rural character of our towns,’ he added.”

“Volunteers will be on hand to answer any questions about the election law, and to explain whether or not a change in voter registration can affect things like jury duty eligibility and STAR exemptions.”

“Musical entertainment will be provided by The Needmore Brothers, also known as Cliff Westfall and Matthew Horn. Cliff and Matthew describe their act as ‘playing original country-ish tunes and covers from both left and right field.’”

Well, it’s nice to know they’ll at least be playing “country-ish” music, isn’t it?  I guess that’s their idea of how to patronize locals while plotting their demise. It reminds me of another 1%’er, the infamous Leona Helmsley, who said taxes were only for little people, except, in this case, the tables are turned and votes are only for rich second-home owners determined to protect their vacation paradises from the local rabble.

According to New York State law you do have the right to choose where to vote (like so much of New York State law, judges have turned things inside-out).  The law has been challenged many times but with little, if any, success for the takeover targets.   This poses a problem to the people living in towns full of second home owners.

A key aspect of the law, though, is this; a person needs to prove they live at their vacation/second home for a substantial amount of time during the year (sometimes months are used to measure this).   If they cannot do this, they cannot choose to vote from the second home and are subject to challenge and should be challenged. Anyone believing the law is not being followed should demand an investigation.  The law states, “The crucial determination whether a particular residence complies with the requirements of the Election Law is that the individual must manifest an intent, coupled with physical presence ‘without aura of sham.’” 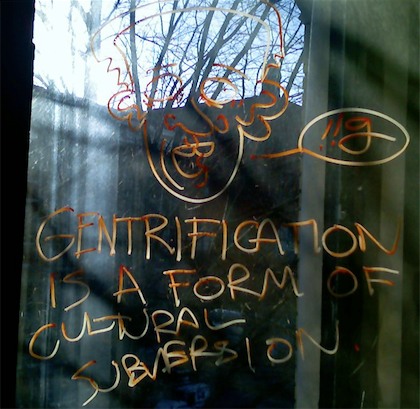 There can be little doubt an effort to blatantly encourage residents of New York City to assert they reside at their second homes is a sham, but New York courts have not been kind to locals.  This hurts small rural communities with large numbers of second homes, just as it has worked in places like Soho.  People living and working full time in New York City, an affluent gentry class, are now able to vote in your small community, the community where you work hard and live full time and even take it over from you unless you’re vigilant.  You might ask “If they don’t feel your community is worthy of their full time residence, why should they be able to have a say in how it is governed?”  That common sense argument, however, doesn’t cut it and locals must rise to the tougher challenge of proving second home owners are just that and nothing more.

Otherwise, the people who are voting from their part-time, second homes will now able to decide how your town, village and county function.  If you support natural gas and they do not, they could gain the ability to stop it, despite majority support from real residents.  Local property rights and the ability of residents to pursue the same wealth enjoyed by the visiting gentry class are both at stake.

Let’s face it.  Many of the people working in New York City, engaged in hit and miss visiting of their summer get away homes, don’t support the natural gas industry.  They don’t want to see it in their second home neighborhoods.  They enjoy being the affluent elite in the area and they don’t want to see a town grow because they are happy with an unsuccessful local economy limited to serving them as long as it remains pastoral in character.  They have made (or still make) their living elsewhere and don’t need a thriving economy.  And, don’t expect to shame them into empathy for local interests.  Far too many (though certainly not all, as I came from the City myself) are hell-bent on throwing out the locals, rather than becoming one community with them, which is what it should be all about and what the idea behind voting residency was before judges distorted it.

The simple reason people these members of the gentry class now want to vote from their second home is plain old greed for power over others.  If the policies in New York City are already bending their way, they feel they can make their second home hosts do the same.  Their votes, of course, will, if this effort is successful, be more influential in their host communities because the populations there are so much smaller than New York City.  The affluent few will dictate policy over the hard working locals who have made these towns their true permanent residences.  They will be able to tell you how you can and cannot use your land while you work 80 hours a week to stay afloat and avoid spoiling their precious views.  If you were given the ability to develop your mineral rights, they would no longer be the affluent elite in your area, you would have the resources to move forward and control your own destiny.  That is what they oppose, make no mistake about it.

If you are living in a town where this is happening you need to take the initiative to fight this effort.  If you feel someone is violating the voting law just to have a say in your community you need to object and challenge them.  Don’t let the affluent elitists decide your constitutional rights for you.  It isn’t their choice.  If they want to be a part of their second home town, they should truly reside there permanently, not part time. Don’t let them suppress your community without a fight.  Stand up to this greed for power, this shallow attempt to force you out the area.

4 thoughts on “Second Home Owners Want Locals Out of Way”