Those in opposition to natural gas cling to ideas no matter how many times they are discredited. It is the same with anti-vaxers who would rather put their communities and their own children at risk than admit vaccines do not cause autism.

You have those who demand GMOs be labeled so they can avoid the unavoidable and stick it Monsanto; everything we consume is a GMO in some capacity, and even Bill Nye stands behind genetically modified foods. Trendy anti-something causes are just that—fads—based on poor science or no science at all that come and go as often as diet trends or late-night exercise equipment infomercials.

No other anti activist is more brainwashed by fake news and false reports than anti-frackers or fractivists. It is clear when you look at this recent post on the Earthjustice site. Titled “Here’s The Dirt That Industry Won’t Tell You About ‘Clean’ Natural Gas,” it cites four  overused and, frankly, unoriginal junk science themes that serve as a window into how these fractivists think. I would expect something more clever coming from the author, Abigail Dillen, EarthJustice’s VP of Litigation, Climate & Energy. Here they are:

Gas is not clean. 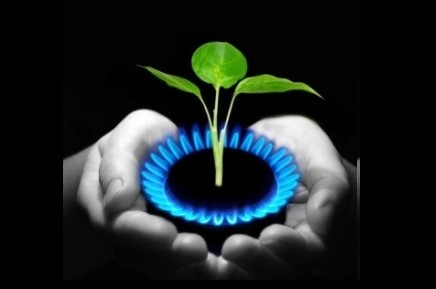 Right out the gate, Dillen hits on several moot points from benzene exposure increases in asthma attacks, water contamination, and how fracking is causing heart defects in babies.

The first point on benzene was in reference to some oil and gas workers who died due to hydrogen sulfide exposure while gaging crude oil tanks. This is a cruel play on a tragic accident. Safety conditions and processes were in place to prevent this and either a lack of training or a lack of enforcement may have been an issue; I personally blame complacency, as the workers referenced were not using proper PPE.

Dillen mentions benzene because it’s a fractivist keyword, but it was actually hydrogen sulfide – and this is the closest to a real issue of anything she brings to the table. Again, this is not an issue to stand on when it comes to gas impacts in general, but a reminder that safety training and proper PPE is paramount in everything industrial. Who didn’t know that?

While the other items in this section, asthma and water contamination, have been excessively covered (see here and here respectively as an example), the issue with heart failures and babies is a beast that needs to be addressed. Dillen mentions a Colorado study that claims that mothers who lived near many oil and gas wells were 30 percent more likely to have babies with heart defects.

This study was so bad, the Colorado Department of Public Health and Environment (CDPHE), disavowed the authors, Colorado School of Public Health. It was so poorly researched; the CDPHE required a disclaimer to be included:

“CDPHE specifically disclaims responsibility for any analyses, interpretations, or conclusions.”

As a millennial, I must say good story bro.

Gas is not climate friendly.

This claim, as a whole, can only be described as a hollow shell or empty suit argument. Dillen carries the flag for reducing the global temperature by 2 degrees Celsius or we all will die. To do this, we must not emit any greenhouse gases she says. This laughable grasp on reality is countered by an undeniable fact; that with natural gas, we have reduced emissions to the lowest levels in 30 years while gas development has doubled. Tell me this doesn’t raise a real question of what it is that EarthJustice really wants; it clearly isn’t progress in addressing what she claims is her goal and, therefore, it must be something else, some more idealogical than scientific perhaps.

Additionally, methane emissions are down 47% in the Four Corners of New Mexico, Colorado, Arizona, and Utah and despite what Dillen claims, methane emission levels are half of what they would need to be for natural gas to lose its benefits. NaturalGasNOW will be publishing another story later today showing a 21% decline in the Appalachian Basin as well along with a 44% decline in CO2. Watch for it.

Exporting liquefied natural gas is not good for the planet.

No, it’s actually great for the planet. Dillen again leaves the door wide open on this topic. Claiming the shipment of liquefied natural gas (LNG) produces emissions cost equal to coal is, one again, ridiculous.

As I have already mentioned, the use of natural gas in this country has reduced emissions and methane levels to record lows and emerging markets, third world countries, and developed countries all benefit from this gas. Using coal, heating oil, or anything else to burn to stay warm and generate energy is how the rest of the world works. They do not have the luxury of being picky about how they will survive the winter or cook for that matter.

Natural gas prices are cheap enough to allow for shipments to traverse the planet to provide alternatives to high emitting and dangerous fuels in other countries. In time, these ships could use solar, turbo sails and natural gas to haul LNG (and the other 20 million containers of goods) around the world. Keeping with Dillen’s mindset, then the cobalt, chemicals, and other raw materials that go into solar panels and lithium batteries they brag about would also be reduced in value – maybe they do recognize this even if they do not admit it. Developing one’s own shale makes more sense than importing LNG to be sure, but to there are many areas of the world without the resources our the ability to do so. EarthJustice apparently wants to keep them poor and hauling wood on top of their heads to burn to serve its own ideological cause.

Gas is not a necessary evil.

Natural gas is not evil at all, despite what Dillen claims. We are blessed to have this as a resource. She points to a National Renewable Energy Lab statement:

This statement overlooks a lot of key factors. The biggest factor is the capacity factor issue. Wind tends to only operate at 32% of its promised capacity with solar seldom failing to achieve more than 20% of its theoretical capacity. So, are we really talking 80% of our energy needs or is it more likely in the 25-30% neighborhood? I think we know the answer. Fractivists and renewables advocates have been vastly exaggerating renewables potential by referring to capacity rather than actual generation. It’s a lot of hype and the results depend on huge subsidies unaffordable on the large scale as Tesla is proving.

Another matter is grid reliability. We all want a more-adequate power grid, of course, so maybe Earthjustice can help offset the trillion-dollar price tag. Not a bad price when you equate a trillion dollars to our nation’s 18.5 trillion GDP, right? 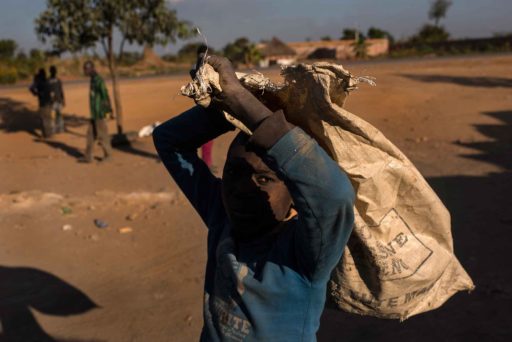 I say the renewables may be the necessary evil. Focusing on renewables without looking at those environmental impacts in the same way as EarthJustice does with oil and gas is blatant hypocrisy and worse. The use of child labor and mineral extortion from the Congo makes those batteries blood diamonds and, on top of those blood batteries, are the solar panels themselves.

Solar panel production is nasty business. Filled with toxic chemicals, the manufacturing of panels has very low environmental standards in places like China. They are too busy trying to compete to worry about pollution. One Chinese manufacturer, in fact, was accused of dumping the waste right into a river.

Another aspect is what happens to them after they lived their useful life. All technology will come to the end of its life cycle, but one big problem facing solar is the lack of recycling. These panels are often not recycled and end up in a landfill. If precautions are not taken, damaged panels can leak gallium arsenide into the water.

This is similar to those fighting coal ash disposal at landfills. I wonder if the “Keep It in the Ground” folks would boycott a solar manufacture or landfill in their neighborhoods with as much disdain as they have some natural gas companies.

Just as is the case with every other fad, Dillen and Earthjustice are trying to stretch not only the truth but also their lies and extend the lives of both beyond their normal spans. Dillen and her cohorts are delusional in believing we can just keep gas it in the ground. Even if we could one day move to a completely self-sustainable global power supply and distribution network, we would still need natural gas and it doesn’t require child labor.