Despite numerous studies and the EPA Science Advisory Board’s general approval, the myth that fracking contaminates ground water will not die.

Water contamination from fracking is a myth. It is, nonetheless, a myth that won’t quite seem to die. The very first point of opposition that anti-gas activists use is that fracking causes unsafe drinking water. They all use this argument first and foremost, but they couldn’t be more distant from the truth. 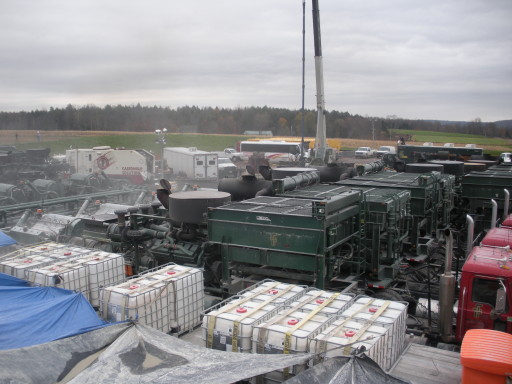 After five full years and $31 million, the EPA’s draft study on the Assessment of the Potential Impacts of Hydraulic Fracturing for Oil and Gas on Drinking Water Resources, released last June found there is no real correlation between fracking and ground water contamination. Of course, this is what we have known for years already. Extremist environmentalist groups, of course, blame oil and gas companies for refusing to provide key data but the data speaks for itself.

“Instead of blindly allowing destructive fracking to continue in our communities, we should extend statewide fracking bans and moratoriums that will keep dirty, climate-polluting fossil fuels like fracked gas in the ground.”

I guess they didn’t read past the headline. What the 30-member panel really wanted was a few more numbers to quantify some of the EPA’s findings. Some 26 members backed the EPA’s study and the dissenting four panel members said that the main conclusion was clear and didn’t need to be modified. If the study could be defended against critique, then they would like to see more quantifiable analysis included.

It is one thing to have the reluctant findings from the EPA, but at least 12 other sources have come to the same conclusion, from MIT to the US Department of Energy. It makes you wonder why we spent $31 million when so many other people have already done the legwork.

Erik Milito, Director of Upstream and Industry Operations for the American Petroleum Institute states that no documented contamination has occurred in 65 years.

“No cases of drinking water contamination have been documented in the Marcellus, Utica, Barnett, Permian, Eagle Ford, Woodford, Fayetteville, Haynesville, Bakken, Denver- Julesburg, Piceance, Raton, or any other shale plays where hydraulic fracturing has been used.

The only real concern of contamination involved fracking-related activities that “have the potential” to affect drinking water rests with possibility of spills of wastewater stored above ground and the leaking of pollutants from poorly constructed well heads and casings. “A truck carrying wastewater could spill, or a release of inadequately treated wastewater could have downstream effects,” the report said. In that case we should be more concerned with the spillage of anything being trucked, of course. 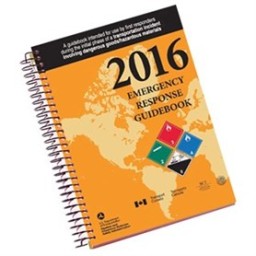 If you think “slick water” fracking fluid is a big concern, you should get yourself a copy of the Emergency Response Guidebook for looking up chemicals based on truck placards. Nothing is more scary than playing the long road trip game, “Guess What that Truck is Carrying.” You may never want to be on the open road again with some of these trucks carrying “1689” Sodium cyanide.

When it comes to the dangers of the fracking fluid and surface spills, you probably have a greater chance at contaminating your well water with your household cleaners. The industry is evolving too. Green fracking fluid is on its way in and soon enough, activists will have to find something else to claim.

Editor’s Note: KJ makes a great point here. Fracking is attacked not because of any evidence of real pollution but, rather, as part of ideological opposition to oil and gas. Fractivists have played a game that, although successful at first, has now run its course. What they did was deliberately conflate hydraulic fracturing with anything and everything else connected with oil and gas development. That way they could proclaim “fracking” had caused a methane problem, for example, that had zero to do with hydraulic fracturing. It could have just as easily been a natural condition or have resulted from drilling a geothermal well, for instance. It was a very cynical, but profitable, move that, itself, muddied the waters for a long time.

The SAB recognized some of the same muddying of the waters existed in the EPA report. The agency, like many fractivists, too often conflated hydraulic fracturing and other aspects of oil and gas development in what was supposed to be a study of the impacts of hydraulic fracturing. The SAB, accordingly, asked for more definitive statements, Unfortunately, its calls were no more clear than the original language, reflecting a bigger problem with our language and, more specifically, political correctness. Too many of us are afraid to speak plainly today. We tend to prefer muddied waters, artificial politeness and “wiggle room.” Both the EPA and its SAB should have been more precise.

Hydraulic fracturing is not causing water pollution. That’s what the EPA proved and should have simply said. The EPA tried to soften that conclusion, knowing it would offend its natural constituencies, by blending in comments on methane and the like. The SAB, in turn, should have simply told the EPA that it was confusing the public by suggesting “fracking” was something more than hydraulic fracturing. Instead both fudged and this is why we are where we are. Notwithstanding this, the evidence speaks for itself and fractivists have plainly, after many long years, simply failed to prove the process results in contaminated waters. The myth survives but only among an ever-shrinking band of extremists and ideologues.

4 thoughts on “Contaminated Water: The Myth That Will Not Die”