Regardless of what Johns Hopkins Bloomberg School of Public Health says, fracking is not causing asthma attacks; it is helping reduce them.

We live in a 24-hour news cycle. Moreover, as Americans, we have a tendency to believe whatever we read. We say “Don’t believe everything you read” but we almost never heed our own advice. Despite the constant bombardment of news and opinions from every perspective, too many of us instantly accept anything remotely supporting our preconceived ideas. We are ripe for exploitation. This is particularly so when the exploiter is an institution of great reputation; one such as Johns Hopkins, which just came out with a study that can only be described as fractivist junk science.

When we hear the name Johns Hopkins, most of us are probably inclined not to question what they say. Too often, though, we see institutions of higher education cutting corners to appease funders and stay in front of the 24-hour attention span.

Fractivists are enthralled with junk science; it’s the only science they have to make their case. As both Energy In Depth and NaturalGasNow have pointed out, junk science, false claims and bad math are too often revealed when these studies are released. But, that’s almost irrelevant, because the initial studies are good enough to grab the attention of biased and/or last reporters and headline writers.

We are seeing this, once again, with a new study from Johns Hopkins Bloomberg School of Public Health entitled, “Fracking industry wells associated with increased risk of asthma attacks.” Well, isn’t that a nice piece of fighting material for fractivists who already baselessly claim air pollution is a factor when they are backed into the corner with no evidence to support groundwater pollution from fracking. Particulates, pollution and asthma, Oh my! Except, for just one thing; there’s nothing there and the truth is just the opposite. 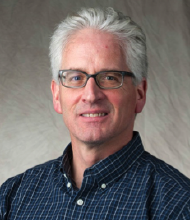 Seth Whitehead over at Energy In Depth does a fantastic job reminding us to question what we read. He does six myth-busting fact checks, tearing the study into pieces. He starts with the bias of one of the lead researchers. Brian Schwartz, Professor at Johns Hopkins Bloomberg School of Public Health, He’s also a Post Carbon Institute Fellow where one of the mottos is “Busting the Shale Hype.” Schwartz was part of the team that falsely implied fracking caused premature births. His claim that fracking is associated with asthma is likewise intended to suggest causation when the study itself states there is no such evidence.

It’s fractivist junk science template; put out some correlation data arguing for more study, knowing ignorant and/or biased reporters will pick it up and run with it, leaving the lack of causation data unmentioned or relegated to the last paragraph. It works almost every time. Headline writers don’t care about details. They just want a snappy title indicting some evil corporation of nefarious activity.

You must read Seth’s entire post (it’s that good), but here are his key findings:

Sadly, the general public is not likely to take the time to fact check this so-called “study.” Most will simply rely upon the Johns Hopkins name and run with it as if it were gospel – and it is dangerous.

Opposite of this asthma study, and as Seth so rightly points out, air quality is improving thanks to fracking. As Seth stated:

“A recent study of the U.S.’s top 100 biggest power plants, which account for 85 percent of the country’s electricity, found that SO2 emissions are down 80 percent, while NOx emissions are down 75 percent. PM 2.5 levels decreased 60 percent from 2005 to 2013, according to data from the U.S. Environmental Protection Agency (EPA) and the U.S. Energy Information Administration (EIA).”

Maryland is winding down its moratorium on fracking. We are seeing fractivists use junk science studies such as this one and false claims to attempt to bridge the very wide gap between truth and their ideologies. Determined to bring renewables to the fore – and nothing else – fractivists are losing sight of what they should stand for: a clean environment. Renewable energy is coming – it’s already here, in fact – but we’ve also learned we need natural gas to complement it. Meanwhile, natural gas development via fracking is reducing carbon emissions big-time, saving our health and our environment.

UPDATE [July 20, 2016]: There is a follow-up EID post entitled “Pa. Health Report Destroys Conclusion of Activist Fracking and Asthma Study” that is also an absolute must read. The title and this single map from the Pennsylvania Department of Health’s 2015 Asthma Focus Report should be enough to tempt you: Editor’s Note: KJ is entirely correct here to focus on Seth Whitehead’s superb post at Energy In Depth, which covers every aspect of why this study is such an example of fractivist junk science. Let me add a few things from my perspective:

That’s the real story on asthma. The story being spun in some press quarters is what a reader says is an example of something AC/DC sang about; “Dirty Tricks Done Dirt Cheap,” their headlines being little more than dirt cheap ways of selling copy. I agree.

13 thoughts on “Fracking’s Not Causing Asthma Attacks; It’s Reducing Them!”