From rising natural gas prices to economic impacts of new natural gas-fired power plants, news from the industry is positive.

Perspective is usually a personal opinion. That single word can cover a lot of topics and opinions, but it is very powerful. From understanding another’s thought processes or being too close to you’re own, perspective needs to be reset from time to time.

I am not a holistic kind of person, but a former company I worked for implemented a phrase to help people change their preconceived ideas or perspective. “Reset your zeros” people would say. They came up with the phrase through some engineering jargon and zeros never really meant much to me so I had a hard time following it and understanding it. I then thought back to my Marine Corps days and applied a different origin to the zeros as you zero your sights. This helped me understand that sometimes you are not shooting straight; you may need to recalibrate your sights and start over.

News on the natural gas front has seemed dismal for a while. It very well may be the fact I have been watching too closely the news in Maryland that my perspective was getting grim, so I decided to reset my zeros and take aim at some stories that have been more optimistic and I am glad I did. There is not much we are going to do to get Maryland Gov. Hogan to veto the fracking ban, but we can continue to praise those with more foresight who have been making some real differences that positively affect our lives. 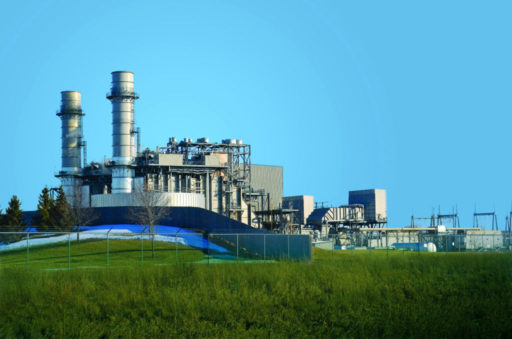 One such story is Alliant Energy’s new $700 million natural gas fired power plant in Iowa. This is one of the largest economic development projects in Central Iowa and while this plant was being constructed over the past two and half years, it is estimated the economic impact to the Marshalltown area has been chart topping. Over $47.3 million dollars was spent by contractors in the community; giving the region a much-needed boost.

This is only one case. There are much more being planned, see here, here, and here. These projects are great news from a few standpoints. First they are producing jobs that are revitalizing local economies and having significant impact to other businesses. These projects have a domino affect, helping everyone in the chain. Secondly, the air quality is substantially better. Natural gas-fired power plants release 50-60% less CO2 than their coal counter parts. Less emissions and particulates in the air result in less asthma attacks, contrary to what some would have you believe.

Lastly, the natural gas industry has been slow for quite some time. Natural gas prices have been low and it has forced companies to be more efficient, technology focused, and strategic about where they place pads. The large surplus the country has been carrying has been used for exports. These exports to Canada and Mexico via pipelines and our new found glory as a major LNG exporter via ship has helped this supply and demand problem. 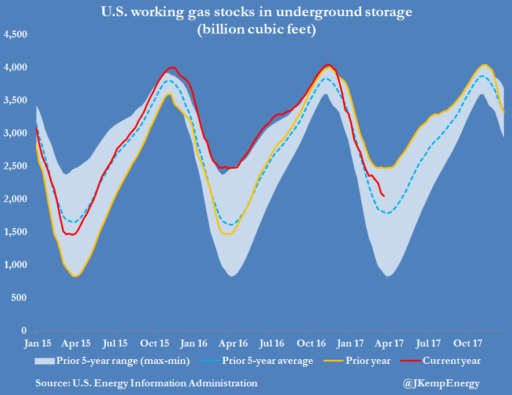 Natural gas prices are up over the past few months, according to Jude Clemente over at Forbes. He says investors are hedging that supply may not keep up with demand, though supplies are still up enough to keep prices stable. Rueters is telling a similar story where stocks are at 425 BCFT, nearly 17% lower to the same time last year.

Between new natural gas-fired power plants and our tremendous and growing success with exports, I bet we can see prices start to increase, though they will still stay stable enough to keep putting real savings into the hands of energy customers, just as they have been since the shale revolution began.

It is good news from around the industry as a whole. I especially found the Dimock news to exciting as well. Sometimes, to see the good through the muck, you have to reset your zeros and look through the sight with a new perspective.