We have struck a deal with China to allow for long-term contracts for liquid natural gas imports. It’s truly great news for us and the environment.

What’s good for the goose is good for the gander or, as it was said in one of its original forms, “what’s sauce for the goose is sauce for the gander.” Cited as far back as 1678 in John Ray’s English Proverbs, the phrase has evolved from its origin with respect to husband and wife to common usage today to describe something equally good for another party, despite any irrelevant differences between the parties. It applies nicely, too, to what’s happening with LNG exports to China from the US.

Like a lot of proverbs, the “goose and the gander” one is much like a shorten parable or allegory. When it comes to LNG exports there is a two-fold parable at work. The goose is China and the US is the gander in the first instance, but in the corollary (and arguably reliant) instance the environment and environmentalists take their places. 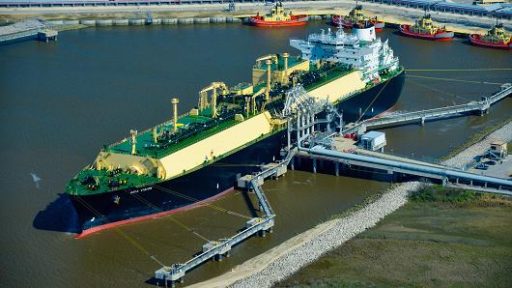 The United States has been going full-court press with liquefied natural gas exports. We have covered the regions shale LNG is now reaching here, here, and here for starters. Now, the U.S. has agreed to a major LNG trade deal with China, which will represent as much as $26 billion a year in purchases at today’s prices by 2030, according Massimo Di-Odoardo, head of global gas and LNG research at Wood Mackenzie. The US has already been providing LNG to China, meeting 7% of their 26 million metric tons of demand in 2016, but this new deal paves the way for Chinese companies to negotiate long-term contracts from American suppliers directly.

Many analysts believe this is too good to be true. They note our 7% is dwarfed by Australia, which accounts for 46%. They suggest we will not be able to compete with Qatar, Russia, and the AU in shipping LNG around the globe. I call them naysayers, as we are already successfully competing with those countries. We have sent gas to the Middle East, Japan and soon the African Sub-Sahara. The goose in this case gets clean, inexpensive energy from us, while the gander gets economic development in places as far away from China as rural Susquehanna County, Pennsylvania. But, there is a challenge to be met by the gander and it’s a big one. 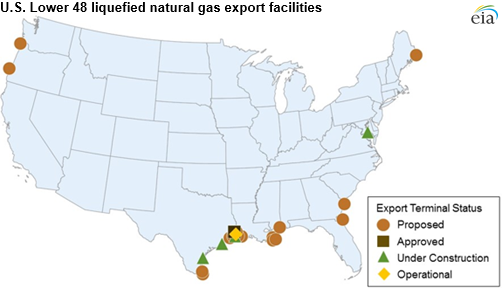 One of those naysayers is Alan Bannister, regional director for energy pricing at S&P Global Platts and he questions the capacity of our export terminals to deliver. Will we be able to compete with only one export facility in the Lower 48; Cheniere Energy’s Sabine Pass facility in Louisiana? We do have four other terminals being constructed – one of which is in my state of Maryland and getting closer (Cove Point) plus there are 13 others being proposed. The Federal Energy Regulatory Commission (FERC) controls and one hopes the Trump administration puts some fire under the agency. There is no that ramping up our supply capacity will be a challenge, but every challenge is an opportunity and things are moving.

The environment is another goose. China is known for its apocalyptic imagery of smog and air pollution. The Chinese fire up a lot of coal to produce their electricity and the impacts are anything but eco-friendly. The Chinese government is looking to change that with natural gas. They’re fracking and they look to import our LNG, which will help clean Chinese air. 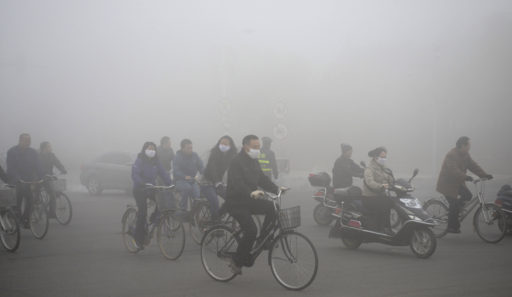 We have watched our own emissions plummet thanks to the clean burning blue flames of natural gas. Frankly, natural gas doesn’t get the recognition it truly deserves for our turnaround in CO2 emissions, not to mention SO2 and PM 2.5 among other emissions that actually threaten health and lives. Chinese LNG imports from the US will help address this situation with a big win for the environment goose, but some environmentalist ganders refuse to see it this way, of course. Why? Because attacking fracking here and there and LNG in between is the reason for their existence, the sources of their donations and the basis of their salaries. If there’s nothing to fight, the gander dies. What’s good for the environment should be good for all environmentalists, but it’s most definitely not when the latter depend on the battle for survival.

Such environmentalists will continue to fight production and use of natural gas at every stage, from drilling and fracking to pipelines and export facilities. They do so at their own peril, as a gander without a goose is never going to be anything but miserable or be able to attract others. Meanwhile, the world moves on as China and the US engage in mutually beneficial trade that improves both economies and the environment.

3 thoughts on “China is Importing American LNG; What’s Good for the Goose…”