Like wind, solar energy, is a nice supplemental source but proposed solar energy solutions as alternatives to natural gas are less than half-baked ideas.

Three days ago I offered up a post pointing out the foolishness connected with wind energy as an alternative to natural gas. Wind energy can serve as a supplemental source of power but it makes no sense in competition with natural gas and is simply another utopian scheme propped up by a web of corporate and government cronyism. I noted wind energy’s capacity factor, at roughly one-third of theoretical generation capacity, is only about half what a combined cycle natural gas plant will deliver, according to EIA but it turns out solar energy solutions are even more misguided if one looks deeper into the capacity factors.

What I’m referring to are some new numbers from the Energy Information Administration (EIA) that look at capacity factors for different energy sources across the world. There are many considerations that go into these calculations. Old gas plants are analyzed together with new combined cycle plants operate at more than twice the efficiency, for example. Also, “because natural gas and petroleum prices are typically higher than coal prices in most regions, plants using natural gas or petroleum are typically operated to meet loads during periods of peak and intermediate demand for electricity” so those numbers are often artificially lower than they could be.

Similar issues can affect some renewables, but, of course, the chief factor in those cases is the fact there are times when the sun doesn’t shine and the wind doesn’t blow. Solar, in particular, is heavily burdened by this limitation. The following chart, prepared from the EIA data, compares solar energy solutions with natural gas and the results are absolutely stark: 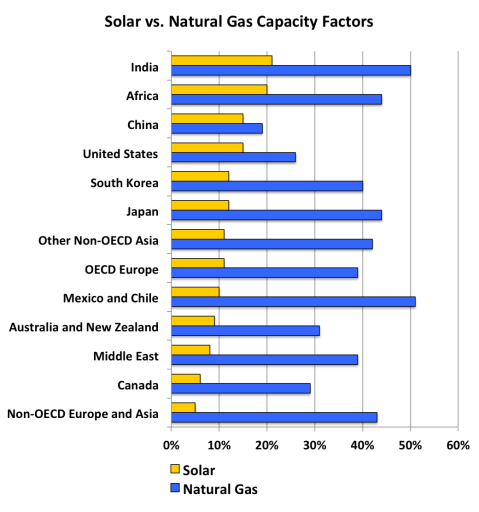 No further evidence is needed to demonstrate solar energy is strictly a supplemental; it can begin to carry the load the way gas does (and this is with massive governmental pushes and subsidies to encourage artificially high use of solar.

Still more evidence can be found at Watts Up With That as two authors have some fun explaining just what solar energy solutions would be required to satisfy all our future US electricity demands:

Kind of puts things in perspective, doesn’t it? Solar energy, like wind, is only capable of being a secondary energy source with today’s technology. Could that change? Certainly, but in the meantime, the answer is an all-of-the-above strategy that uses them as a supplemental source of energy, which means partnering with gas, not fighting it. 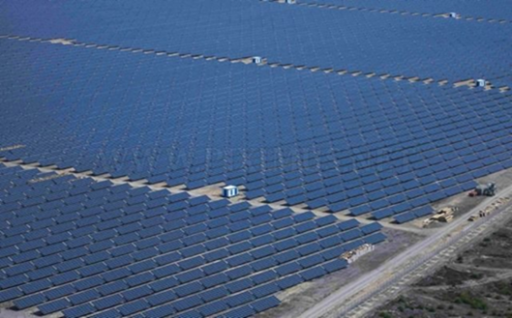