An Energy In Depth expose reveals the 11th Hour connection; how special interests on the dark side manipulate things behind the scene to get their way.

My friend Steve Everley over at Energy In Depth has written another of his classic expose pieces where he dissects and explains how fractivism works. This time it’s about a report written five years ago that lays the strategy subsequently employed by the usual suspects (Heinz Endowments, Park Foundation, William Penn Foundation, et al) to attack fracking on health grounds using spurious means. Entitled “Anti-Fracking Donor Memo Mapped Out Strategy To Attack Oil And Gas With Questionable Health Claims,” Steve’s piece and the report it analyzes are items every serious examiner of the fracking debate need to read and read more than once. I highly recommend both and, of course, have a few additional observations.

The report is authored by Seth Berrin Shonkoff of Berkeley, California (see video below), who also happens to be Tony Ingraffee’s pick to run the sham junk science outfit known as Physicians, Scientists and Engineers for Healthy Energy (PSE) that the Park Foundation helped set up to push out Bob Howarth’s widely panned methane studies. Steve’s articles pulls out the most damning aspects of the report, noting how it laid out every aspect of a strategy to transform the fracking miracle into a health issue by using big money from wealthy donors, together with the innocent faces of exploited little children, to sell their intolerant message.

These are people who absolutely hate natural gas, of course, because it became the solution to their perceived problem (climate change) before they could get off the ground with their own pet projects in which they had already invested mega sums of money and planning. And, they’ve got a lot invested.

Seth Shonkoff wrote his report for something called the 11th Hour Project. It is simply another name for the Schmidt Family Foundation. The Foundation is named for Eric Schmidt of Google and his wife Wendy Schmidt (from whom he’s apparently separated). He’s reportedly the 100th richest person in the world and has a $15 million penthouse in Manhattan (over $2,400 per square foot). He made that money as the CEO of Google during its boom years.

Now, Schmidt is Executive Chairman of something called Alphabet, Inc. which owns Google. Alphabet, Inc. and Google, of course, are heavily invested in the Ivanpah solar energy boondoggle and taxpayer rip-off. You don’t get special interests much bigger than Ivanpah, which got a $1.6 billion loan guarantee from you and me and other Federal taxpayers for a plant that’s likely to be closed down. 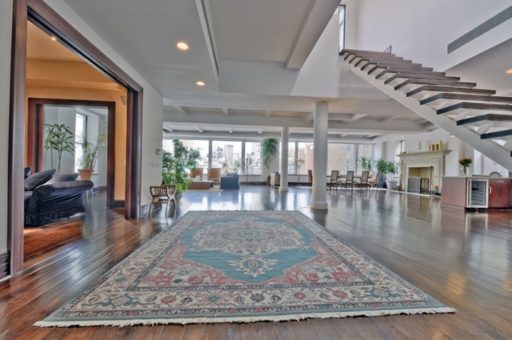 The Schmidt Family Foundation is also a big-time donor to the NRDC (where Wendy Schmidt serves on the Board of Trustees) as well as the Energy Foundation, which is majorly funded by Nathaniel Simons of the dark money Sea Change Foundation. The Simons family, of course, has been profiled here repeatedly and is heavily invested in renewable energy hedge fund investments through Renaissance Technologies, LLC, which is also busy sucking off the government teat at the NY Green Bank.

It’s quite the partnership these nefarious organizations have and it’s all founded on making another mint off renewable energy at the expense of taxpayers who would subsidize one Ivanpah after another. It’s a story of astounding corporate cronyism and exploitation under the guise of “clean energy.”

Eric Schmidt is, indeed, a very connected individual. He’s a member of the Bilderberg Group, the Trilateral Commission and several other prestigious collections of corporate fat cats, the likes of which the Rockefeller family and other elitists populate. Schmidt’s foundation also has a much more direct connection in the name of one of its consultants, a fellow well known to readers of the blog; Attorney Jay Halfon, the Fractivist Rasputin who is at the core of so much of fractivism today. According the Schmidt Family Foundation 990 return for 2015, it paid Halfon $165,000 that year for “program consulting.”

Halfon also got $60,000 that year from the Park Foundation (major funder of PSE and, therefore, Seth Barrin Shonkoff):

And, then, there’s whatever he earns as General Counsel to the Sustainable Market Foundation (a Rockefeller and Park Foundation enterprise), as a director of both Earthworks and 350.org  and his work as President of the New York Public Interests Research Group Fund, Inc. (NYPIRG), not to mention whatever financial relationship he still has with the New York State Trial Lawyers Association, if any.

Yes, Halfon is the glue that connects all these pieces of the fractivist cause and he makes wonderful money playing the system to do it – enough to allow him a luxury apartment on the Upper West Side. He is the guiding force, the coordinator, the maestro, the Fractivist Rasputin. Everyone he represents has a financial interest in promoting economically unfeasible “clean energy” at the expense of taxpayers.

Seth Shonkoff is simply the guy they used to front the PSE and provide the sophist rationale and strategy for working together behind the false facade of a health threat from fracking. Jay Halfon is the real mover and shaker; on the payroll of the Park, Schmidt and Rockefeller families to create a favorable environment for more Ivanpahs.

That’s the backstory with Steve Everley’s outstanding article. Read it and understand how these people connive, distort and manipulate in pursuit of their very special interests. Also, for a good laugh, there’s this from Shonkoff’s 2012 report (emphasis added):

Like so much of what is written by fractivists, the truth, of course, is exactly the opposite. Governor Corruptocrat Cuomo chose to kill fracking in New York “at this time” in 2014 precisely because he hopes to run for President and knows he needs to attract radical environmentalists to his side to have any chance at a Democrat party nomination. He cast the economic hopes and prayers of the Southern Tier to the wind for that reason after his own Department of Environmental Conservation had assembled a comprehensive draft environmental impact statement demonstrating beyond any doubt that fracking was and could be done safely in New York.

This is the reality behind the fractivist cause, a collusion of financial and political special interests pretending to be a magnanimous enterprise, while operating as a gang of thieves. It’s the dark side of fractivism.

10 thoughts on “The 11th Hour Connection: The Dark Side of Fractivism”