The Ivanpah solar project in Southern California is making a powerful statement about the importance of natural gas in our energy portfolio.

We’ve published more than a few stories on this blog about Eric Schmidt and his Ivanpah solar project, torched turtles, streamers and all. Schmidt is a founder of Google, the second biggest corporation in the US (after Apple). He also a major fractivist funder and has honored others including the insufferable Mark Ruffalo. Still, he has also spoken positively about fracking, noting “fracking technology changed the entire energy equation for America” and created middle class jobs.

What gives? What accounts for this split personality? Well, Schmidt surely knows how to act politically correct with the hipsters who work in his industry. No doubt he has a message designed to appeal to anyone at a given time. He also appears to have a wife who wants to be known as an environmental philanthropist, which is hardly a surprise. Finally, he has deep financial interests in solar energy with which natural gas could be argued to compete and he needs to keep fracking under control for pricing purposes. But, there may be another reason Schmidt talks through two bullhorns at once; his Ivanpah project depends on natural gas and he needs more of it.

The news about Ivanpah’s natural gas usage and desire to increase it, made the pages of the Arizona Daily Independent last week, as well as Hockey Schtick. Both are excellent in their exposure of the incredible irony involved in the world’s largest solar energy facility needing more gas. Gee, could the argument we’ve been making all along – that renewables and natural gas are made for each other and renewables make little sense without such a partnership – be any more clear? But, after reading the Ivanpah application to increase its natural gas use there are several more observations that need to be made. 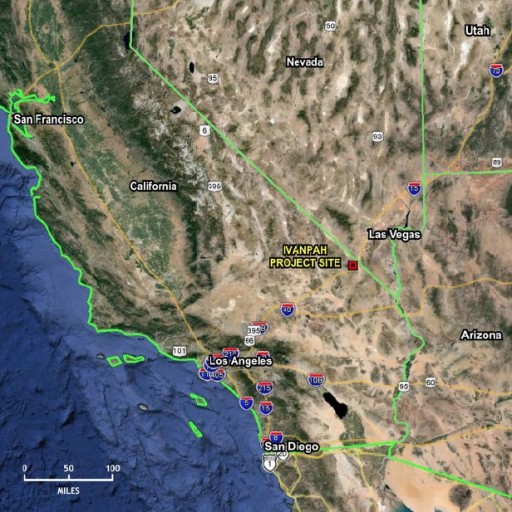 I laughed out loud, for example, when I read this explanation of why Ivanpah (which sounds like some hideous character from a Bram Stoker novel) needed to request a 60% increase in the maximum allowable annual fuel usage limit:

For some aspects of operation, the only way to fully understand how the systems work has been through the experience of operating the powerplants.

This is California, of course, the home of Nancy Pelosi (“we have to pass the law to learn what’s in it”), but comparisons to her justification for passing Obamacare are far from fair. We naively hope our legislators will read major laws before voting on them, but it’s undeniably true a technology can never be fully tested without being put into use first.

We learn from experience, which is a continuum but, what the heck happened to the paralyzing precautionary principle that fractivists would apply to hydraulic fracturing? Fracking’s been around 60+ years, horizontal drilling (the real innovation of recent years) has been used regularly for 15 years or so and, still, they say we shouldn’t proceed in some places without addressing their imaginary concerns, the substance of which is thinner than stone soup.

This is another instance of the double standard employed by fractivists. Can you imagine the reaction if a natural gas industry representative told a regulator or the public “the only way [we will be able] to fully understand how the systems work [will be] through the experience of operating”? We would be pounded into frac sand with hyperbole by the other side. Our explanation would be viewed with more disdain than the family dog hopping on the Thanksgiving dinner table. Can’t you just hear the shrieking now?

Yes, it’s just fine for a solar project developer to need experience and to learn from it, just as it’s hunky-dory for them to fry birds in mid-air, but no drilling or fracking or fracking can occur if there’s the remotest possibility, in the mind of any fractivist anywhere, that it might create an issue at any time in the future.  Perfection is their minimum standard for us, and learn by doing is their prescription for themselves.

What Ivanpah Demonstrates About Natural Gas

I’m pleased to say there are a lot of positives for natural gas in the Ivanpah application, though. Ivanpah makes a powerful statement about the importance of natural gas, in fact. This begins with the simple fact the project obviously depends on natural gas. Just as we have said here ad infinitum, solar needs a balancer and a backup. Here’s what the application says (emphasis added):

Auxiliary boilers typically need to operate an average of approximately 4.5 hours a day during startup (an increase from 1 hour daily average originally expected) in order to ensure that (1) steam flow is sufficient to carry excess heat from the receivers in the towers, and (2) when weather conditions are sufficient to permit plant operation, plant equipment and systems are ready to operate as designed.

Actual operation of the plants informs the need for additional fuel use during some days to compensate for intermittent cloud cover in order to maintain peak power production and prevent the steam turbine from tripping off line.

When cloud cover is dense enough and/or persists long enough to trip the plant offline, steam generated by the auxiliary boilers is needed to restart solar power production.

Auxiliary boiler operation is needed at the end of the day to stabilize/support steam turbine operation, particularly during the peak summer period, to maximize the capture of solar energy as solar insolation declines.

Based on this experience, Petitioner has revised the annual operating scenario to account for the need to operate the boiler more often during the daily startup period; during periods of intermittent cloud cover to maintain peak output and to prevent steam turbine trips; for restarts of a power block due to extended periods of cloud cover; at the end of the day to extend the capability for solar power production; and to account for days when a system start is terminated when it becomes apparent that persistent cloud cover precludes operation of the solar collectors.

I couldn’t possibly say it any better; the facility demands natural gas to get started every day, to cover periods when the sun isn’t shining, for restarts after such periods and to maximize solar energy capture. It’s absolutely essential, in other words, and this doesn’t even begin to take into account the need to balance the energy supply available to off-site users. This is why Invanpah wants to not only increase the amount of natural gas it uses but to also completely eliminate the 5% cap now in place. 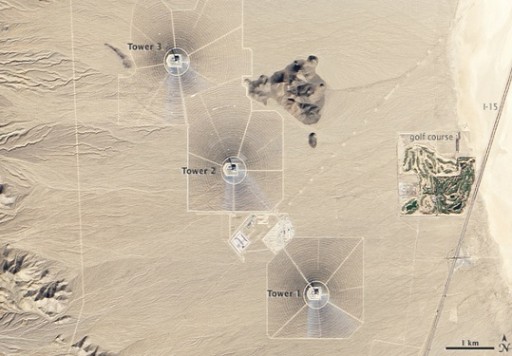 But, there’s more. Some critics are noting the increased natural gas use will generate more carbon emissions and dwell on that irony of that given the facility was supposed to avoid emissions, but that’s only important if you think CO2, one of the foundations of life, is a pollutant and our lower CO2 today as a result of fracking is not helping. Moreover, Ivanpah won’t be classified a major source of it even after expansion of gas use and if you’re evaluating one facility versus the net impact of all facilities including those coal to gas conversions that have dramatically lowered CO2, you’re stuck on stupid ideology.

If Natural Gas Is So Clean, What is Ivanpah About?

Regardless, we can debate that another day. What interests me much more is Table 3 from the application. The application, while noting the potent to increase emissions of some pollutants, also states “the proposed changes…will not result in any additional potential significant impacts beyond those already identified.” Once again, the critics have jumped on this as an impossibility, but it’s true and reveals something much bigger.

How can this be? Well, here’s the explanation:

Modeling results from the air quality impact analysis performed for the February 2012 Petition to Amend [an earlier application to amend] were scaled up based on the potential increase in emissions, and compared with applicable standards. The estimated annual Project impacts are still less than 0.05 μg/m3 for all pollutants with an annual ambient air quality standard; the Project impacts therefore round down to 0.0.

The emissions are so low as to be irrelevant, in other words; even after expanding natural gas use by 60%, they are still effectively zero. Here’s Table 3 (emphasis added):

Notice how very far below the national air quality standards the Ivanpah emissions fall. Only the background levels take it over the state limit and then only in the case of the 24 hour limit for one standard (PM10) which, on an annual basis, met the standard. The emissions contributions of Ivanpah, even with increased use of gas, don’t amount to anything. This raises the obvious question – why should natural gas be limited at all? That, of course, is, effectively what Ivanpah’s owners are saying. There is no legal or practical reason to Do so, which raises still another question – what exactly is the point of Ivanpah if it makes so little difference?

This is not to suggest the project isn’t worth pursuing as an experiment to demonstrate how natural gas and renewables can be effectively combined. Indeed, the project makes a compelling case for exactly this. That’s why I’m starting to warm up to it a bit, notwithstanding the massive subsidies involved and the “streamers.” It proves what we’ve been saying.

The only question is why Eric Schmidt, who clearly understands what a marvelous piece of technology hydraulic fracturing really is, wastes his money funding so many fractivist initiatives. Is he trying to cover both bases, keep his wife happy or hoping to keep natural gas prices from dropping too much and economically undermine his project?

We’ll never know, of course, but, in the meantime we can suggest he might be better off acknowledging what is more than obvious as a result of Ivanpah; it makes an extremely compelling case for natural gas.