Anti’s will hold a workshop in Penn Township to teach the pubic to navigate DEP’s website and look for any new or changed permits for shale drilling, but why?

This is a heads-up to drillers and landowners in Westmoreland County, PA (essentially a Pittsburgh suburb). A group of virulent anti-drillers, funded with money from Big Green groups like the Philadelphia-based and misnamed Clean Air Council, are running a “workshop” to train nutters how to spot any changes in permits for shale wells–so they can, do what? 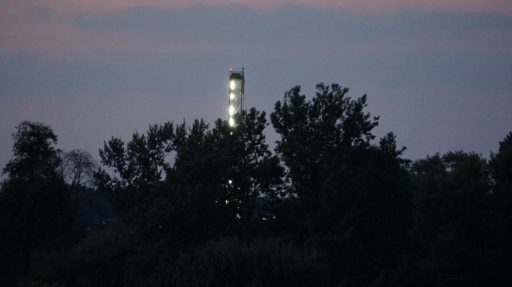 Oppose them, that’s for sure. How? Flood the state Dept. of Environmental Protection with letters and emails (to slow down the permitting process)? Protest? Something more sinister? The announcement about the training session doesn’t specifically state how the nutters will use the information.

The training will take place in Penn Township in Westmoreland County, which has been the epicenter for a number of battles to allow drilling.

In May 2016, MDN told you that the Penn Township zoning board voted to refuse to grant a permit to Apex Energy to build a DEP-permitted well pad in the town.

In June 2016, Penn began considering a far more restrictive ordinance than it currently has – to limit drilling in the township. That didn’t sit well with Huntley & Huntley, a driller that owns leases for some 23% of the land in the township.

In August 2016, the debate continued at a public hearing, with pro- and anti-drillers out in force to discuss the potential Marcellus-killing ordinance that had been drafted.

Then a 180 happened. In April 2017, Penn Township commissioners voted to approve leasing 29 acres of town land to Huntley & Huntley. Earlier this month MDN told you that Huntley & Huntley is about to conduct seismic surveys throughout the town, a sure sign that new drilling is on the way.

Antis don’t deal well with change. Any time they lose in court, or in the court of public opinion, they seek to agitate and complain and protest (and sometimes more, as in the violence surrounding the Dakota Access Pipeline). In Penn Township the antis will conduct “training” to keep a close eye on any new permits, or changed permits, that deal with shale drilling. The training will happen at 1:30 p.m. Saturday at the Penn Area Library. We encourage pro-drillers to turn up in large numbers, just to keep them off balance. 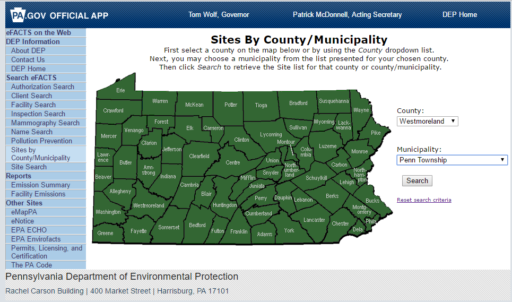 An environmental advocacy group based in Philadelphia will host a workshop in Penn Township to teach residents how to navigate the Department of Environmental Protection’s online databases that track oil and gas activity.

Protect Our Children will host the workshop at 1:30 p.m. Saturday at the Penn Area Library.

“With an influx of gas production in Westmoreland County, we must train citizens to keep an eye out for new permits coming through and start engaging in the state regulatory process,” Gillian Graber, an outreach coordinator for the group, said in a news release. “We know our communities better than the state, and we can make sure the state does a thorough review of every application that comes across their desks. The best way to make sure that happens is by citizen enrollment.”

The agency tracks changes in permit applications of oil and gas producers online, posts production reports and catalogs each report by date and county. The latest production report published was in February.

Graber is president of Protect PT, a citizen activist group based in Penn Township. The group plans to legally challenge the township’s mineral extraction overlay that permits unconventional drilling.

The ordinance, which allows unconventional drilling through 60 percent of the township, mandates a 600-foot setback from any occupied structure. The group thinks it should be at least 1 mile.

If the ordinance is upheld at an upcoming zoning hearing board meeting, Protect PT has said it will take the challenge to court. The organization already has challenged four proposed well pads in court.

The township has one operating fracking well pad owned by Apex Energy. An additional eight wells are proposed — seven by Apex and one by Huntley & Huntley Inc.

Protect Our Children is composed of members from Protect PT, Mountain Watershed Association, Environmental Integrity Project and Clean Air Council and concerned citizens that are “dedicated to protecting school children from the health risks of shale gas drilling and infrastructure.”

MDN Editor’s Note: We’re not sure what has happened at the once-great Pittsburgh Tribune-Review. Used to be they were pretty fair and balanced in their reporting on shale energy issues. These days, since they ceased publishing a paper version, it seems like the organization simply turns out regurgitated press releases from anti-drillers. What happened? Anyone else notice the change?

NGN Editor’s Note: These organizations – the Clean Air Council (over $1.5 million since 2002), the Mountain Watershed Association (over $2 million since 2007) and the Environmental Integrity Project (over $1 million since 2008) – are extremely well paid fractivist shills for the Heinz Endowments. They are financed to engage in exactly this kind of bullying. It’s disgusting and the fact they get away with doing so on a tax-exempt basis is criminal.