Taxpayer subsidized StateImpact Pennsylvania, run by NPR station WITF with help from WHYY and fractivist funders, is lobbying for taxes on gas pipelines.

StateImpact Pennsylvania is, as we have explained here several times, is little more than a fractivist group masquerading as a journalistic outfit. It is financed by the Heinz Endowments and the William Penn Foundation which, between them, have funded every conceivable anti-fracking initiative throughout the Commonwealth. Promoted as the collaboration of two “public broadcasting” stations, WITF Harrisburg and WHYY Philadelphia, it operates under the legal umbrella of WITF (at least that’s where the donations go), which is, theoretically, a tax-exempt charity. It is, therefore, twice subsidized by taxpayers; once through direct Federal support for public broadcasting and again by the exemptions from taxation for donations to it.

Unfortunately, this has not prevented StateImpact from engaging in lobbying of elected officials in yet another case of tax-exempt abuse.

WITF also checked the box (Part IV – 4) to indicate it does some lobbying but then filed a nearly blank Schedule C suggesting it spent no money on this activity other to grant $9,050 to another organization that lobbies for continued Federal financial support for public broadcasting (talk about a vicious cycle). There’s no indication of WITF itself doing any lobbying beyond that.

So, pray tell, how does this happen? 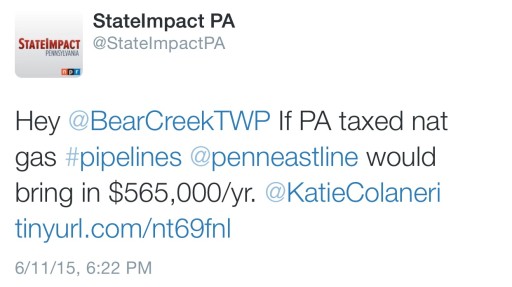 When is some enterprising journalist looking to earn a Pulitzer Prize for old-fashioned investigative journalism going to have the cojones to take on the H & H Hydra and expose the stranglehold this ruling class beast has on Pennsylvania? When is someone to demand an IRS investigation of this rampant tax-exempt abuse by a multitude of organizations using the cover of charities to engage in what is nothing more than politics? 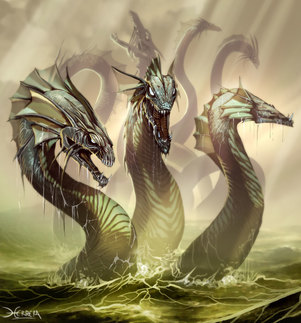 Need more evidence? Well, check out this latest report from StateImpact Pennsylvania, which makes an incredibly shallow and feeble attempt to denigrate the EPA fracking study by citing, at length, Carol Collier, the former DRBC Executive Director. This is the same Collier who, while at DRBC, sold her soul to the same William Penn Foundation that funds State Impact Pennsylvania. Upon leaving, she was rewarded with a plum appointment to the Foundation Board of Directors and a cushy job at the Academy of Natural Sciences in Philadelphia where the Foundation controls most of the pursestrings. StateImpact Pennsylvania asking Carol Collier to opine on the EPA fracking study is like asking your favorite sister what she thinks of the girlfriend who jilted you.

Not one word of Collier’s association with William Penn Foundation that funds StateImpact Pennsylvania is offered in the heavily slanted article, of course. That takes us to the WITF Principles and Guidelines (emphasis added):

I. GOVERNANCE AND MANAGEMENT FOR THE COMMON GOOD

We govern our activities in ways that promote the common good and the public interest and that reflect our commitment to integrity and trustworthiness. These obligations supersede personal and institutional agendas.

II. IDEAS, CULTURE AND FORUMS WITH RESPECT AND CIVILITY

We contribute to the civic, educational, and cultural life of our communities by presenting a range of ideas and cultures and offering a robust forum for discussion and debate.

III.JOURNALISM THAT REPORTS EVENTS AND ISSUES WITH ACCURACY AND INTEGRITY

We pursue facts about events and issues in our communities and other important matters that affect people’s lives with accuracy and integrity.

IV. INCLUSION AND REFLECTION OF OUR COMMUNITIES’ DIVERSITY

The integrity of our work is strengthened by incorporating the diversity of demography, culture, and beliefs in our communities and the nation into our work and our content.

We share with our audiences and the public the mission-based and practical reasons for our program choices. We seek to be transparent in how we gather and report news and create other content.

We aim for respectful relationships with our donors and clear understanding among donors and others about our fundraising operations. We acknowledge the sponsors of our programming and disclose the terms on which we obtain such support.

We strive to assure that our editorial process is free from undue influence. We take care in deciding from whom we seek and accept funds and in setting boundaries with respect to those who contribute.

Editorial partnerships expand our capacity to serve and the perspectives we can share with our audiences. They enhance the timeliness and relevance of our programming and activities.

The actions of our employees, even when “off the clock,” affect public trust in our integrity, credibility, and impartiality. We expect employees to strive for congruency in their personal and professional lives.

One thought on “WITF and StateImpact: Non-Profit Journalism Gone Bad”