The selection of Basil Seggos as New York’s DEC Commissioner is another exercise in NRDC corruption of the Empire State, led by a corrupt Governor Cuomo.

There’s been a lot written already about the selection of Basil Seggos as Andy Cuomo’s new Department of Environmental Conservation Commissioner (DEC). Jim Willis got it correct, I suspect, when he speculated, based on endorsements of the selection, that it had to be a just awful selection. I have news for Jim, though; it’s even worse when one digs into the details. Journalists who know better have been reporting Basil Seggos was a surprising alternative to what was expected to be the appointment of another member of the NRDC gang. As it turns out, that’s exactly who was picked; the second DEC Commissioner from NRDC in a row. One can only hope Preet Brahara is paying attention.

Basil Seggos has been part of the Cuomo inner circle since 2012 and, given the way this governor operates, already has as much or more power than Joe Martens ever had, as anything of consequence goes to Andy for a political decision on what it means for Cuomo personally. New York’s fractivists know Seggos had to have been in on the fracking decision and that’s why they love him, of course. But, who is this guy, really? 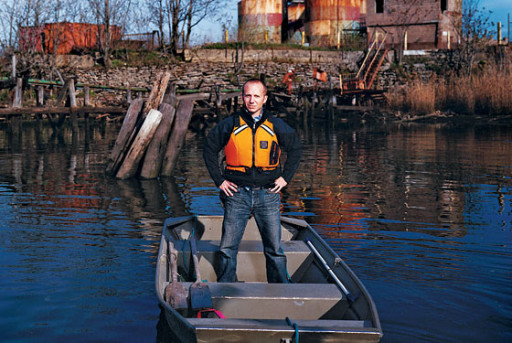 Well, we know he comes from money. He went to The Cardigan Mountain School in New Hampshire for his junior high school education ($51,715 per year) and The Westminster School in Connecticut ($56,100 per year). He then attended Trinity College and eventually got his law degree from Pace University where he was part of the Environmental Litigation Clinic set up by Senior NRDC Attorney Bobby Kennedy, Jr. to feed his gargantuan ego on a tax-free dime (more on that scandal another day – there’s no end to them when it comes to Kennedy).

Segos then went to work for the NRDC for four years as a research associate, before landing a job at Riverkeeper, Inc., which is another of Senior NRDC  Attorney RFK, Jr.’s scam enterprises and closely connected to his Waterkeeper umbrella organization. Segos served seven years as a flamboyant “Chief Investigator,” flying up and down the Hudson River with Harrison Ford and issuing soundbites for the benefit of sycophant reporters.

Along the way, he gained some fame of sorts by supposedly discovering an oil leak/spill in the Newtown Creek area of Brooklyn and Queens near Greenpoint. It was actually a long known problem stemming from Mobil Oil refinery activities in the late 1940’s up through the 1960’s when the Rockefeller family members (who later created the NRDC) were still major stockholders. Mobil and the State of New York were, in 2002, both aware of the problem and had been dealing with it by slowly pumping out the stuff from underground and relieving the pressure that occasionally caused spills.

Seggos saw an opportunity for environmental heroism and jumped in to organize a Newtown Creek Association and use Riverkeeper, Inc. as a vehicle to sue, eventually getting the state involved, which resulted in temporarily stopping the pumping that was remedying the problem until the state was able to extort $25 million from what was now ExxonMobil and cleanup resumed. It also attracted ambulance chasing trial lawyers to the scene, among them being the notorious headline-attracting Napoli Bern firm about whom we’ve written before (they were involved in multiple fracking cases and have connections to Sheldon Silver’s law firm).

The Newtown Creek legal cases continue to this day but Basil Seggos, meanwhile, moved on to the private sector at a recycling firm by the name of the Hugo Neu Corporation where he was until Andrew Cuomo hired him for his kitchen cabinet staff. The Hugo New Corporation is a classic crony capitalist firm that has secured government contracts by making huge political donations to Democrat politicians in New York (where there are no others with power) and other places. Wendy Neu, the CEO of the company is also Vice-Chair of the NRDC where she lists herself as follows:

Why would a CEO describe herself as “grassroots community organizer and activist,” is the question that might jump to anyone’s mind but the answer is obvious; this is the kind schtick that gets Hugo Neu Corporation in the door as a crony of politically correct New York office holders; put on green bonnets and the sonnets of praise will come, followed by buckets of money. Wendy Nue is brilliant at it and is a big ally of New York City’s commie Mayor Bill DeBlasio as well as one of the zealots behind his effort to eliminate horse-driven carriages from the city streets. Her company also got a 20-year recycling contract from the last Mayor, Michael Bloomberg, who is a big NRDC fan (although he does speak up for natural gas). 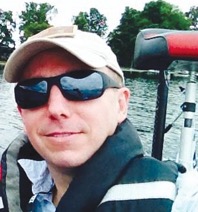 Basil Segos, no doubt, was part of that same schtick and his association with the NRDC continued uninterrupted during his four-year tenure there. He then went to work for Andrew Cuomo, first as Assistant Secretary of the Environment and then as Deputy Secretary for Environment within the inner sanctum of the Cuomo political crime family that is the Cuomo Administration, where he was clearly in on, not only the fracking decision, but anything else that mattered. Now, he’s been moved sideways and given a title, perhaps as a reward for demonstrating his autocratic bona fides and his loyalty to the crime family boss by performing a hit on Dave Wick, the Executive Director of the Lake George Park Commission.

This is MacBeth’s court and and anyone who thinks the NRDC isn’t intimately involved in what happens there is hopelessly naive. One need only download this Freedom of Information Law response and search for “kkennedy@nrdc.org” to see how integrally involved the organization is in multiple DEC and other state activities; coordinating lawsuits, arranging conference calls, interfacing with former Weitz Luxenberg trial lawyer Lemuel Srolovic at the Attorney General’s office and the like.

Seggos has had one continuous association with the NRDC from the beginning of his career to now and it’s a spiderweb of connections between the NRDC gang and its friends as well as the trial lawyer fraternity and the crony capitalists who have profited off it. A few reporters have noticed, including Mark Harrington at Newsday, who, last December, observed the Deepwater Wind project might be another example (emphasis added):

Katherine “Kit” Kennedy, director of energy and transportation for NRDC, was head of the state attorney general’s environmental protection bureau under Cuomo from 2007 to 2010. Kennedy, in a recent blog entry, urged LIPA to “include Deepwater One on the short list for a renewable energy contract.”

Kennedy said in an interview Stone’s position on the NRDC board had no bearing on the group’s support for Deepwater’s project, which NRDC backs because of its merits.

Yes, Kit Kennedy, is deeply involved in New York State government, even taking a sabbatical of sorts to work there temporarily, just like Joe Martens. She, like Martens, and Basil Seggos work for the same people in the real world. The NRDC gang’s fingerprints are on everything DEC these days and now, as a practical matter, they’ve moved a second Commissioner from the NRDC into leadership at the agency. Basil Seggos, in reality, has never worked for anyone else. The sign out front and the title on the door may have changed from time to time but wherever Seggos has worked, the NRDC has been there as the client, if not the employer.

Is Preet Brahara paying attention? One hopes so.

10 thoughts on “Who Is Basil Seggos?”