Dimock justice is being delivered, although slowly and in small pieces, a recent Federal court decision providing another slice of it as the last case crumbles.

Once upon a time, fractivists turned to Dimock for evidence something was dangerous about fracking and natural gas development. EPA tests, Craig Sautner’s “weapons grade” exaggerations, court decisions and history steadily erased the inaccurate picture these self-interests had drawn for the public until only one stubborn plaintiff remained. That plaintiff, the Scott Ely family, just saw its case crumble with another Federal Court decision.

Before getting into the meat of the matter a couple of observations are in order. 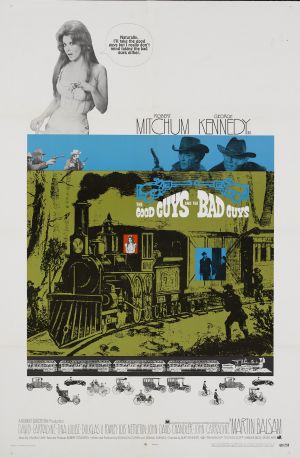 First, it’s important to know who the good and bad guys are. Many years ago I participated in a tour of a prison with a group of folks on a committee looking to build a new one in my own county. The prison warden greeted us before we entered and, though this was an individual obviously concerned deeply with the welfare of the prisoners in his charge, made a crucial point to understanding what we were about to see: while movies such as the Shawshank Redemption had created the image of prisoner good guys and corrections officer bad guys, the truth was precisely the opposite in the real world. He was correct, of course, and it’s often that way.

Dimock was a perfect example. Cabot was portrayed as the bullying special interest in one-sided media reports and by self-serving hucksters looking to cash in one way or another on a lawsuit opportunity. Cabot was, in reality, a victim of those presenting themselves as victims.

They were victimized by Josh Fox, who constructed the false Gasland narrative using pictures of children he had been instructed not to use by parents who ultimately tired of his nonsense and became advocates for natural gas development.

They were victimized by the Natural Resources Defense Council who dragged Craig Sautner out for display at tony Manhattan events only to dispose of him like a napkin after he self-destructed.

They were victimized by former Binghamton Mayor Matt Ryan who attempted to make himself a hero in Dimock until the bulk of residents threw him out on his ear.

They were victimized by special interests such as Bruce Ferguson, the Catskill Citizens chameleon who put a billboard inartfully trying to claim fracking pollution by listing natural chemicals found in local water.

They were victimized by the junkyard owner who wanted who claimed his water was polluted by Cabot using evidence consisting of water tests that amounted to nothing but high sodium likely connected with his water softener.

Yes, Cabot was the victim of every bit of that and much, much more until the victimizers got carried away, engineered an EPA investigation and started talking about “weapons grade uranium.” The EPA investigation supported what Cabot and the Pennsylvania DEP had been stating all along and Craig Sautner became a joke, thanks to the superb work of Phelim McAleer in FrackNation.

The lawsuits started dropping almost immediately with the EPA results until only the Scott Ely family case remained, which brings us to my second observation. The family was represented by attorneys Kevin J. Lawner, Marc J. Bern, Tate J. Kunkle and William S. Berman of Napoli Bern Ripka Associates, LLP. Regular readers of this blog will recognize the name of the law firm and its principal, Marc J. Bern. 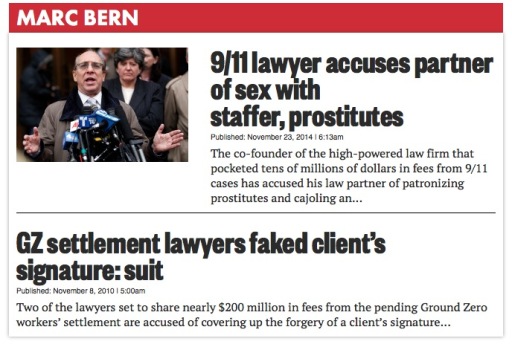 Napoli Bern Ripka Associates is a firm involved in a humongous civil war over the seedy affairs of Bern and his partner, which gives a special window into their world (although you’ll feel like a voyeur yourself when you open it). It’s also a firm closely associated with the just arrested Sheldon Silver, the apparently corrupt Speaker of the New York State General Assembly. Silver, of course, engineered moratorium bills in New York and is also associated with Weitz & Luxenberg, another lawsuit hustling trial lawyer firm.

It’s not a pretty picture, but justice has a way of prevailing over time as the recent Federal court decision indicates. The decision, by Judge John E. Jones III of the Middle District of Pennsylvania rejects all but two of the Ely claims at the outset, before there’s even a trial. Why? Because there no evidence from which to even try a case. Here’s some analysis by Attorney Mimi Dennis of Sedgwick, LLP (emphasis added):

Ely claims that he and his family suffered numerous injuries and damages after Cabot allegedly fraudulently induced him to sign an oil and gas lease on his 8.28-acre parcel of land in Susquehanna County in 2007.  Though Cabot never actually drilled on Ely’s land, Ely claims that his drinking water well was contaminated with large quantities of methane, mud and other drilling materials, complicating construction of his family’s ”dream house” on the property…
First, the court granted summary judgment as to the Elys’ breach of contract claims against Cabot as the claims were wholly lacking factual and legal support…

Next, the court granted summary judgment as to the Elys’ claims that Cabot fraudulently induced Mr. Ely to enter the oil and gas lease.  The court found that Ely could not meet the “very high standard” of the required elements of a fraudulent misrepresentation claim under Pennsylvania law.

Despite Ely’s claims that Cabot misrepresented the risk of property damage to his land, failed to properly explain various lease terms, convinced him not to have an attorney review the lease, misrepresented the royalty payments and led him to believe that his neighbors had all signed similar agreements, the court noted that Mr. Ely testified that many of these statements were never made and he was unable to present evidence to show that Cabot knowingly made false statements with the intent to induce him to sign the lease.

Even more compelling, the court noted, was the fact that many of the “fraudulent” statements cited by Mr. Ely were, in fact, true — Cabot never drilled on the Ely land.  A party seeking to recover damages for fraudulent inducement must show economic harm caused by the fraud; Mr. Ely was unable to evidence any damages due to Cabot’s alleged fraud, persuading the court to grant summary judgment to Cabot on those claims as well.

Third, the Elys’ HSCA claims failed due to the family’s failure to prove an actual or threatened release on the property, as well as the absence of any response costs incurred…

The court also granted summary judgment for Cabot on the Elys’ medical monitoring claims, as the plaintiffs “entirely failed to produce evidence to support these claims.”  The Elys were unable to meet the significant burden of a medical monitoring claim in Pennsylvania, as no physician ever told the family they were at any increased risk of disease, and the plaintiffs were unable to offer any expert testimony to support their claims.

Another legal analysis by article was authored by Blair Gardner and Aaron Heishman, of Jackson Kelly PLLC provide some additional insights on the decision (emphasis added):

(a) existence of a high degree of risk of some harm to another person, land or chattels;

(b) likelihood that the harm that results from it will be great;

(c) inability to eliminate the risk by the exercise of reasonable care;

(d) extent to which the activity is not a matter of common usage;

(e) inappropriateness of the activity to the place where it is carried on; and

(f) extent to which its value to the community is outweighed by its dangerous attributes.

The district court concluded that the plaintiffs failed to demonstrate that natural gas well drilling satisfied even a single of these six factors.

Most gratifying was the court’s analysis of the sixth factor, which considers an activity’s value to the community. Reviewing the evidence submitted by Cabot, the court found compelling the economic benefits that drilling provides to the community.  For example, the local school district receives monthly royalties sufficient to avoid any tax increases, landowners in Susquehanna County received royalty income in excess of $90 million in a single year, the county receives state-distributed impact revenue and benefits from increased wages and employment, the state receives an increase in income tax payments, Pennsylvania consumers save approximately $3,200 annually on heating bills, and nearly 250,000 jobs in Pennsylvania are linked to natural gas production. In comparison, the court found the plaintiffs “failed to identify sufficiently compelling countervailing evidence that could allow the Court to find that this factor favors the Plaintiffs’ position.”

“Failed to identify sufficiently compelling countervailing evidence”…that about sums up the entire fractivist movement, doesn’t it?