The Delaware Riverkeeper a/k/a Povertykeeper is financed by wealthy trust-funders who include not only the Haas family but also R. Bruce and Susan Wallace.

Over and over again we find fractivism is financed primarily by wealthy second, third and fourth-generation trust-funder types whose only claim to career is “philanthropist.” The Parks, the Rockefellers, the Heinz family, the Haas family, etc. They use inherited wealth accumulated from the brilliant initiatives of their forebears to assuage their own guilt and sense of inferiority at having all the money and none of the talent of those ancestors. They squander it in potlatch displays of virtue signaling.

Radical ideologues, of course, know exactly how to manipulate these useful idiots. Prime among them is the Delaware Riverkeeper organization, which has conned the all too receptive Haas family out of millions. It is now doing the same with two individuals who are dispensing with fortunes made in ceramics and seed corn as the Woodtiger Fund.

I wrote about the Woodtiger Fund back in August, 2015, explaining its role in distributing the Henry Wallace fortune and noting it had given the Delaware Riverkeeper some $550,000 in 2013 to pursue its radical agenda. I also observed its website consisted solely of this ridiculous image: 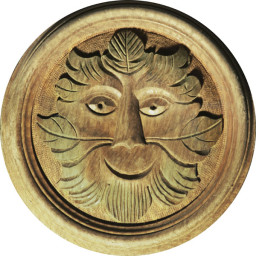 The Woodtiger Fund was formed in 2009 as a spinoff from the Henry Wallace family of foundations, which spend the fortune made by the former Vice-President with a company called Pioneer Hi-Bred (a seed company). It is a private foundation with over $66 million in assets and a board composed of Robert Bruce Wallace (grandson of Henry Wallace), his wife Susan Wallace and the Executive Director Damon Ahern. Since then, it is has given a minimum of $2,360,000 to the Delaware Riverkeeper to finance its anti-gas activities, including “efforts to secure strong legal tools, policies and decisions that will protect local streams and the Delaware related to Marcellus Shale development.”

R. Bruce Wallace lists his occupation as “artist” in making political donations. What kind of art he produces isn’t clear, but what is perfectly obvious is that he doesn’t have to worry about earning an income. He’s a trust-funder for all practical purposes; a child of wealth who can pursue art and pet causes for leisure.

Wallaces is, in fact, the prototype for fractivism’s funders. He uses and is used by, radical groups such the Delaware Riverkeeper to fight anything and everything that is associated with growth and development, keeping others in poverty in the process. His millions go toward funding attacks on small municipalities to stop drilling and throwing up obstacles to pipelines that are helping the middle class save thousands in energy costs.

And, how does his private foundation make those millions today? By investing his inherited money in companies such as Baker-Hughes, Chesapeake Energy, Exxon Mobil, EOG and Schlumberger, all of whom are listed on the Fund’s 2013 tax return. As some folks say, if it weren’t for double-standards these people would have no standards at all. This is the nature of the fractivist funders who finance the Delaware Riverkeeper – the money behind the antics.